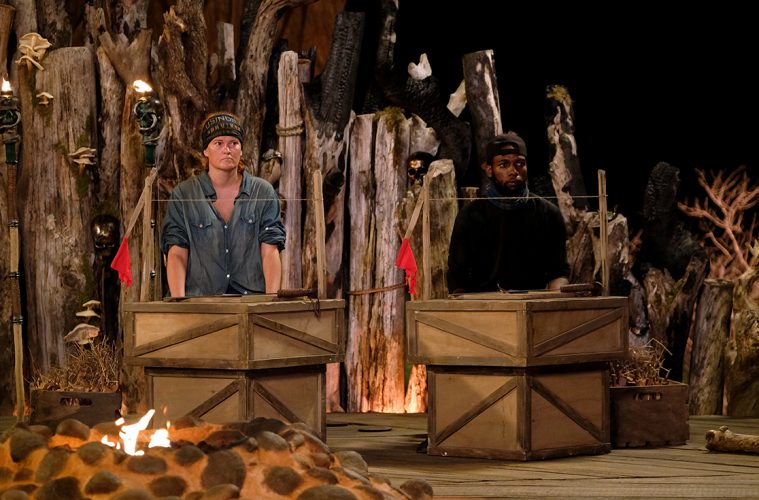 Having earned a reputation as a major flip-flopper this season, Survivor South Africa: Immunity Island‘s Anela took his dithering game to a whole new level after building the perfect blindside to eliminate Kiran, before backtracking, admitting his machinations to the latter and setting up a nuclear Tribal Council. Once the Survivor God’s had smiled on Tyson yet again, it was fellow flip-flopper Santoni who eventually found herself standing before Nico to have her torch snuffed.

This week’s Reward Challenge kicked off with a tug at the heartstrings, as the Castaways’ loved ones arrived to give them a much-needed boost. Their visitors helped them start their challenge – balancing statues at the end of poles resting on their heads – before retiring to the sit-out bench to cheer them on. Mortal enemies Chappies and Tyson were left standing last, but just as Chappies was about to falter, Tyson’s statue toppled and handed the former another victory. 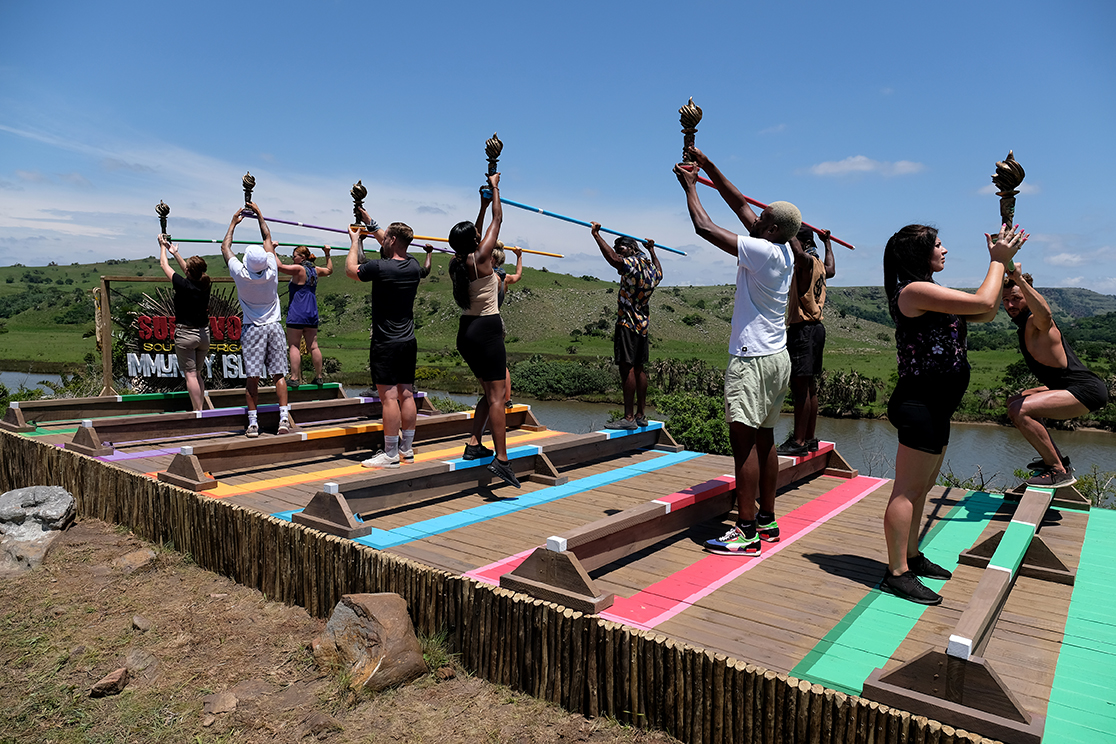 Instead of being offered the chance to select which of his fellow Castaways and their loved ones could join in a relaxing afternoon, Chappies was given the choice of which two Castaways he’d like to compete against at the next Immunity Challenge. He named Anela and Santoni as his choices, denying Tyson, Nicole and Kiran a shot at Immunity. Nico then revealed that that all the Castaways would be enjoying the afternoon with their loved ones back at camp Osindile, where sponsors Outsurance had set up a ‘Build-your-own-burger’ bar.

While the Castaways reconnected with their visitors, they outlined the alliances and shared the state of play. Ever-alert to possibilities, Kiran spotted a small bag stashed high in a tree and enlisted Nicole’s brother, Peter, to give him a boost to grab it. With Chappies and Santoni otherwise engaged, only the majority alliance witnessed the find, giving them a massive advantage – even if Nicole declared afterwards that her brother helping another Castaway pick up the advantage may well have ended her game. 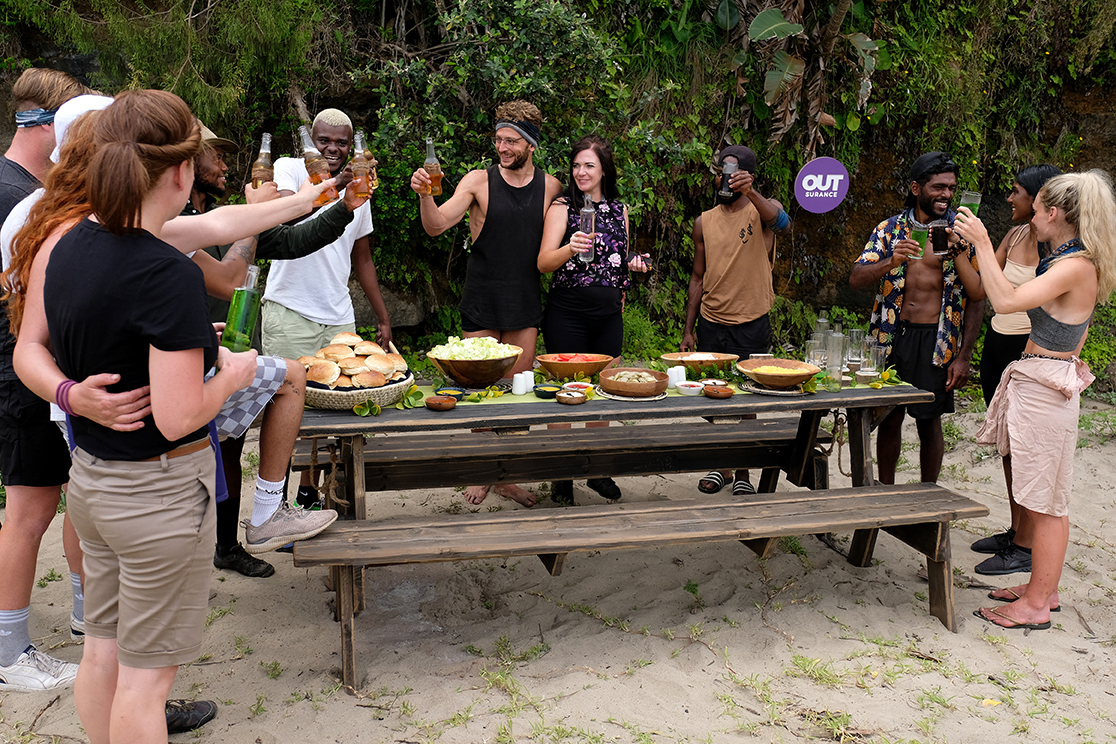 At the Immunity Challenge, Chappies secured a hat-trick of wins when he managed to slot the ball on his maze table, home, just as Anela seemed likely to do the same  – justifying his decision to pit himself against the two players he perceived as being weakest in challenges.

When Chappies returned with the Individual Immunity necklace around his neck, the majority set about making their plans, with Santoni the chosen target. Kiran then floated a suggestion that they should eliminate challenge ‘beast’ Nicole first, making it easier to pick off Santoni next.

Anela, convinced that this showed that Kiran was playing an individual game, rather than keeping to the collective code, set about masterminding a blindside to vote out Kiran, padding his Survivor resumé with the Jury. He approached Chappies and told him about Kiran’s Hidden Immunity Idol before testing his idea with Nicole and Santoni, to secure a majority. With all in agreement that Kiran would be next, Santoni then tried to convince them to split the votes in the event that Kiran went back on his word and played the Idol for himself, rather than for Tyson, as he’d previously promised. 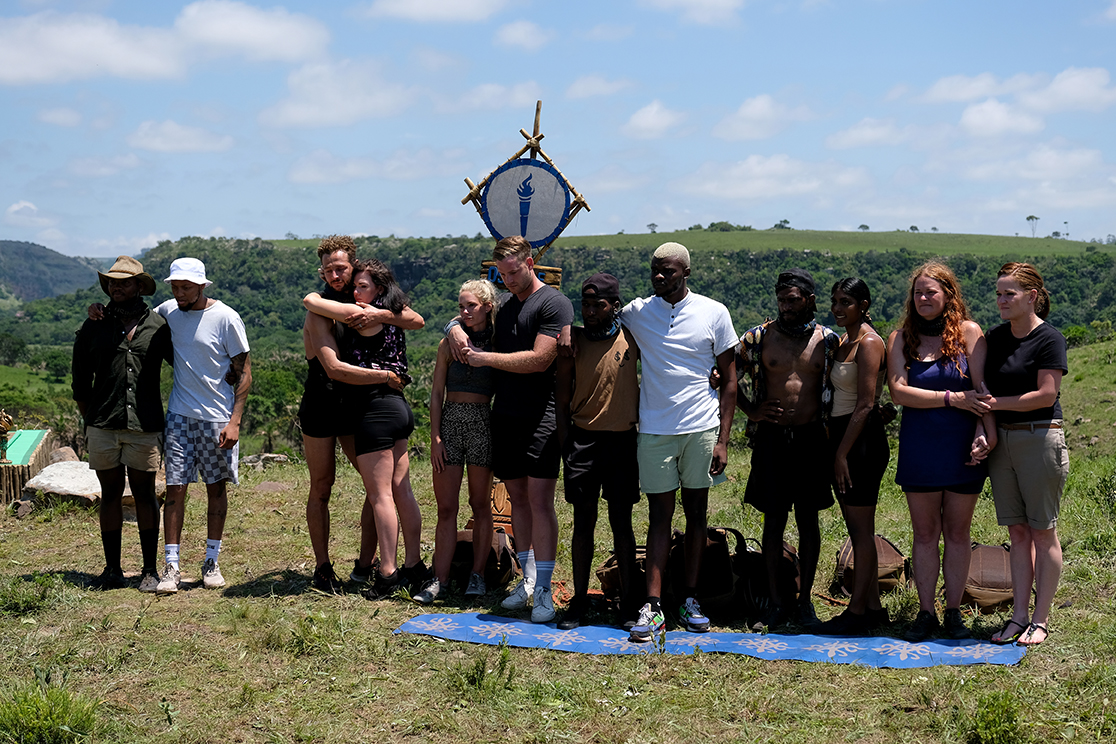 Sensing that the split vote wouldn’t win him as much Jury credibility as he’d hoped, Anela then approached Kiran to lay bare his attempted blindside in a bid to show his loyalty. Though Kiran accepted his apology, he was secretly incensed, railing at Tyson about how Smash’s ‘amateurish’ game play had blown the majority alliance up.

At Tribal Council, Kiran laid all the machinations out for Nico and the Jury, leaving Anela to plead his case – and clashing verbally with Santoni. By that stage, he’d already removed the Hidden Immunity Idol from its pouch and put it round his neck, clearly signalling his intentions. With Santoni then the fairly obvious candidate to be voted out, Kiran’s ‘4th wheel’ alliance partner Nicole nearly sent the self-proclaimed ‘League of Shadows’’ game up in smoke by playing her Fire Idol. It would pit the two Castaways with the most votes against their names – Santoni and Tyson – against each other to fight for their place in the game, in a classic Survivor fire-making challenge.

Despite Santoni building a massive, surprise lead, the elements conspired against her just as it looked as though she would burn through the string first. The Wild Coast wind sent her flame – and her game – sideways, giving Tyson time to build a taller fire and raise his flag first, as the Jury celebrated with him.