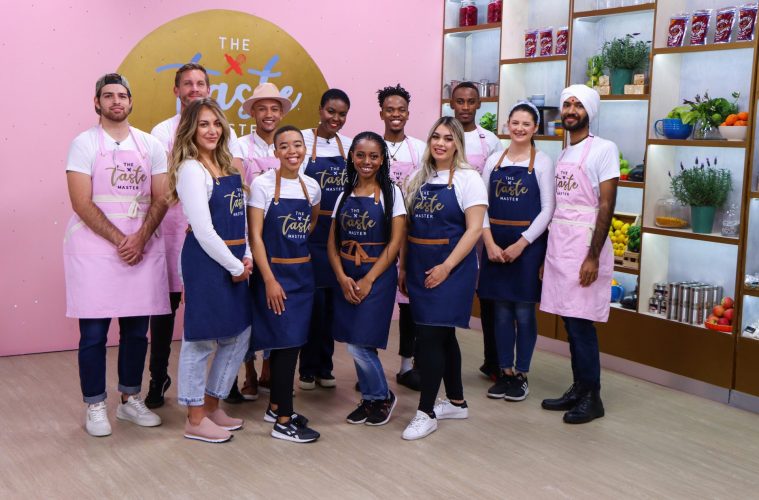 Meet The 12 Contestants Taking Part In The Taste Master SA: The Baking Edition

There are just a few days to go until the highly-anticipated second season of The Taste Master SA returns to the small screen. As The Baking Edition of the popular reality show premieres on Friday, 10 September at 19:00 on SABC 2, the 12 contestants who will be showing off their baking skills have officially been announced – and they’re set to embark on the ultimate culinary test.

This season, there is a diverse and eclectic group of passionate bakers who are looking forward to showing off their skill and creativity and impress judges Zola Nene and Fritz Schoon. This season, the contestants are setting out to bake more memories – and promise some mouthwatering creations in the process. 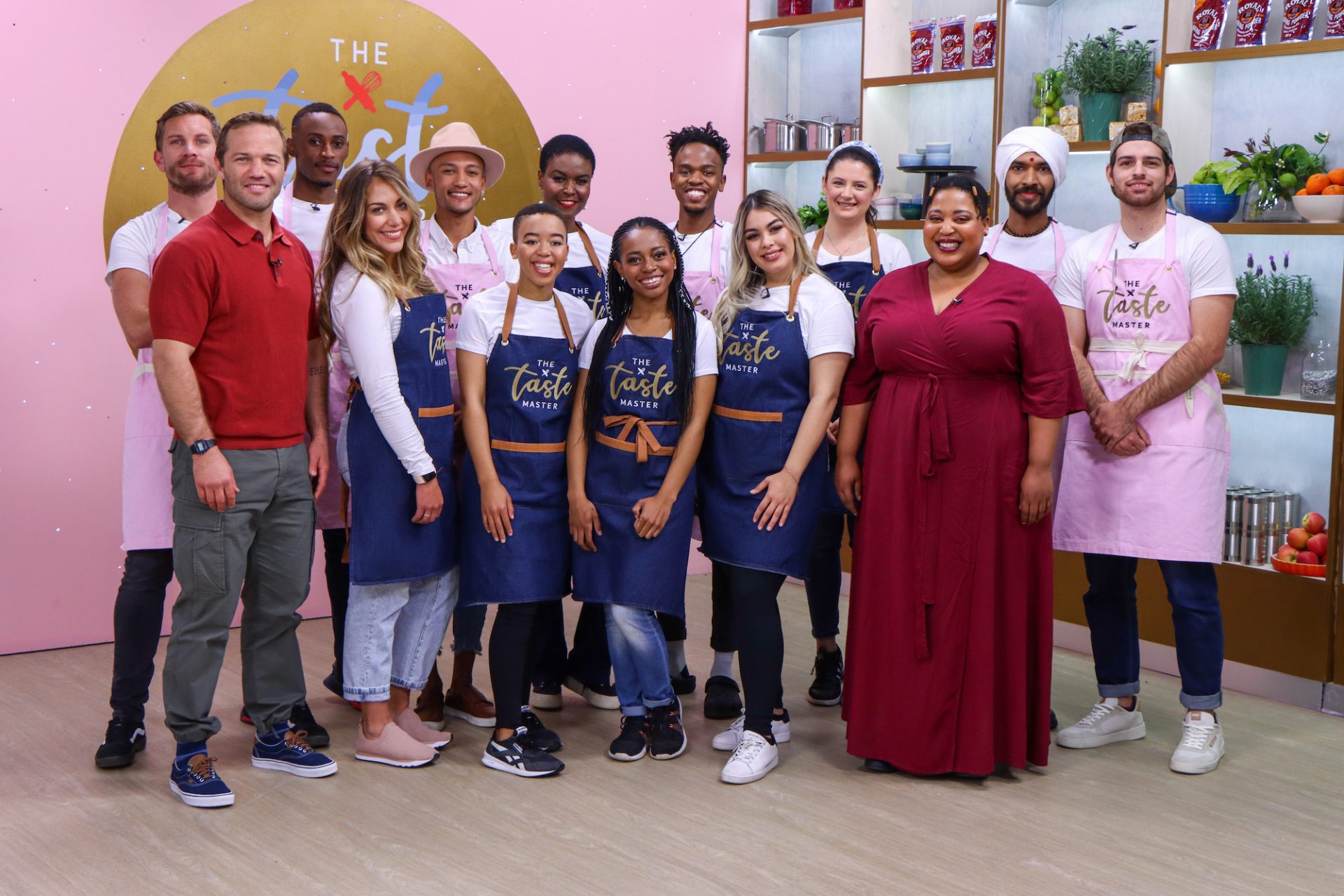 Meet the 12 contestants taking part in The Taste Master SA: The Baking Edition:

Shaazia is a self-proclaimed petrol head who loves spending time on the race track. When not studying for her BCom in Digital Marketing, Shaazia is a full-time bridal make-up artist. Shaazia comes from an eclectic family with her mother being Chinese and her father being Indian. Naturally, food has always been the centre of their household and took part in weekly events and traditions that were both customary and always included incredible culinary delights. “I find that my techniques are vintage and timeless,” Shaazia says. “I believe that there are no rules when it comes to baking and this always allowed me to learn about so many different flavours and experiment.”

Kyle is a curious baker and culinary experimenter who started his career as a junior pastry chef in London where he eventually worked his way up to  becoming an executive pastry chef at various well-known establishments across Cape Town. Kyle is so passionate about food that he recently started experimenting with cheesemaking and developing his own range of artisanal chocolate and confectionary. “My food ethos: Farm to plate, conscious  and kind ingredient choices, the classics are the classics and the plate is merely an extension of the heart,” Kyle says.

Samantha is the owner and creator-in-chief of a small business that creates beautifully hand crafted cakes and sugar flowers. Passionate about cakes, Samantha explains that her cake journey began eight years ago when she began creating novelty and birthday cakes shortly after her son was born. “I have always been interested in playing around in the kitchen, whether it’s baking or cooking,” Samantha says. “I enjoy playing around with recipes and ingredients and love to see how far I can push them and myself.

Thando grew up in a big, loving family where she was the youngest of five children. However, after her parents got divorced when she was 15, she needed to help support her now single mother while going to school and her extra mural activities. In the midst of the chaos, Thando fell in love with food after one of her Grade 9 school projects required her to cook or bake something that represented herself or her culture. She bakes a red velvet cake with cream cheese frosting which was a hit with her classmates. After she matriculated, Thando enrolled at the Capsicum Culinary Studio to study Advanced Culinary Arts. “I particularly love the presentation and styling of food which I strive to make one of my strengths in this competition,” Thando says.

Lwazi fell in love with food from a young age after his grandparents, who raised him as a child, asked him to contribute to the household. Lwazi took over some of the cooking and fell in love with the kitchen and everything that had to do with it. This inspired Lwazi to study hospitality at the Central Johannesburg TVET College before he became a chef and pastry chef at the Central Restaurant Hazelwood. He then embarked on a new chapter at Verdiccio at Montecasino, one of Johanessburg’s most popular hotspots, where he started to hone in on his dessert-making skills. As a result of the Covid-19 pandemic, his journey was cut short and he started his own business Sweet Taste where he bakes cakes, desserts and pastries. “Baking has allowed me to reflect my energy on all my creations which makes me very happy,” Lwazi says. “I cannot wait to show South Africa what I am capable of!”

Food has always been a massive part of Sohail’s upbringing. His paternal grandmother and his mother often whipped up a variety of sweet and savory dishes which influenced his passion for flavour. During high school, he started hospitality studies which eventually inspired him to embark on a patisserie course at Chefs Training and Innovation Academy where he explored the finer arts of creating baked goods. “I aim to bring an artistic, innovative and flavor burst approach to the competition,” Sohail says.

Duke is a chef by profession. He was born and raised in Eshikawini, KwaZulu Natal where he was raised by his grandmother. He eventually moved to Durban to stay with his parents where he fell in love with experimenting with different flavours in the kitchen. Duke eventually enrolled with Capsicum Culinary Studios where he got a diploma in Culinary Art and Food Preparation and eventually found his groove as a professional chef. “I am focused, quirky and a fun energy – but I am willing to step outside of my comfort zone”

Jason is a a self-taught home baker who graduated with a degree in Urban Design from the University of the Witwatersrand. He says that baking has been his passion ever since he used to watch his mother, grandmother and aunts create delicious treats like koesisters in the kitchen. In 2016, he started a small-scale home business creating celebration cakes. This passion project grew into a full-time business. “I have spent my time perfecting recipes, learning new techniques and developing my skills to become the baker I am today,” Jason says. “I am looking forward to showing off my style and flair in the Taste Master kitchen.”

A lover of the outdoors and an avid adventurer, Jason Tomlinson is a chef, food photographer and content creator from Cape Town. Passionate about putting food and projects together, Jason landed his first culinary job during his gap year before working at a Durbanville restaurant for six months. After outgrowing his role, he landed a job at a fine dining restaurant in Stellenbosch where he honed his skills. During this time, he I got a diploma in Culinary Arts and Food Preparation while discovering his passion for pastry. Today, Jason focuses almost entirely on his photography while baking almost every day to improve his craft. “The Taste Master SA is going to be the stage where I get to show other people what I’ve learnt throughout my career,” Jason says. “I’m going to be bringing creativity, passion and determination to the challenges – and I have a lot of tricks up my sleeve!”

Nqobile is currently doing her Advanced Diploma at the Durban University of Technology in Consumer Science: Food and Nutrition and admits that she has fallen in love with baking because of the nostalgia it brings. She admits that her late grandmother inspires almost every dish and loves incorporating homegrown, seasonal ingredients into my cooking and baking as a result. “I spent most of my holidays in her kitchen learning from her,” Nqobile admits. “I love exploring different cultures, cuisines and nature destinations in Africa and I am extremely passionate about the fighting against food insecurity – especially when it comes to vulnerable groups like children, pregnant women, and the elderly.”

After getting her National Diploma in IT at the now Durban University of Technology, Khensani worked as a computer programmer for six years. However, she took a major risk and decided to follow her culinary dreams by opening her very own business Ntshovelo Cakes in 2008 – a project which has now grown into Ntshovelo Cakes and Academy. Khensani uses her platform to design, bake and decorate various celebration cakes as well as give training to up-and-coming cake makers. “The training is done through in-class training and online classes, which can be purchased from our website,” Khensani says of her exciting venture. Now, she’s looking forward to showcasing her talents on a national platform. “I love being in the kitchen and recently developed an interest in exploring cooking and baking for healthy living. I’m definitely a neat freak and a perfectionist when it comes to my work and I can’t wait to showcase my talent on The Taste Master SA!”

Following in her late father’s footsteps, Meghan opted for a career in law shortly after matriculating. Almost a decade later, after moving back to South Africa from the UK, Meghan decided to leave the profession and focus on her true passion – food. Meghan started a small business which saw her create her very first wedding cake at the beginning of the year. Inspired by Nigella’s flair, Meghan hopes to bring something different to the competition. “My cooking is more homey, hearty and comforting –  but I’m up to any challenge and am excited to learn, grow and discover even more about the culinary arts during the competition. I am bringing my A-game!”

The Taste Master SA: The Baking Edition premieres on 10th September 2021 at 19:00 on SABC 2. For more information, visit www.thetastemaster.co.za.