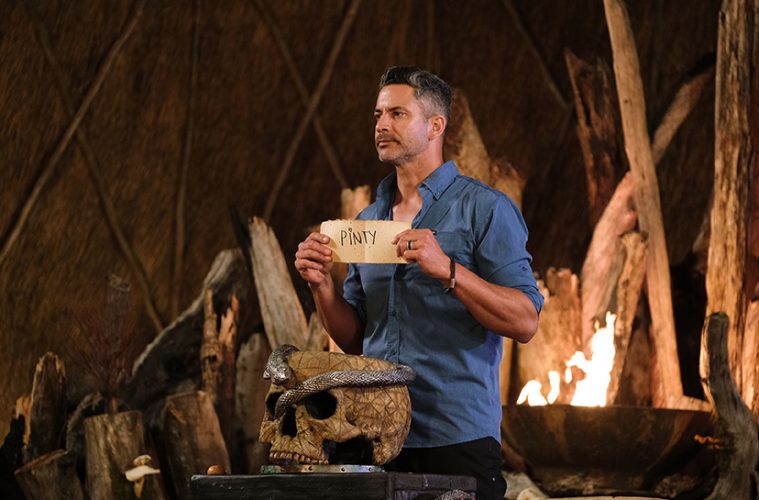 Rope Access Technician Pinty dropped off the end of her tribal tether to become the second Castaway to be voted off Survivor South Africa: Immunity Island. She was cut adrift via a blindside, adeptly orchestrated by Carla after the two continually clashed at camp, with concern over her abrasive behaviour amongst her fellow Vuna tribemates growing, in terms of long-term tribal cohesion.

The Reward Challenge saw the Castaways competing for an ‘Ultimate Fishing Kit’, with Vuna’s Anesu sitting the game out to even the numbers. Santoni struggled throughout for Vuna, lagging behind to the extent that Chappies dashed back into the water to encourage her. Having shown his social game lacking last week, Dino stepped up to demonstrate his polished puzzle skills and secure an easy win for Zamba, with Vuna all at sea. 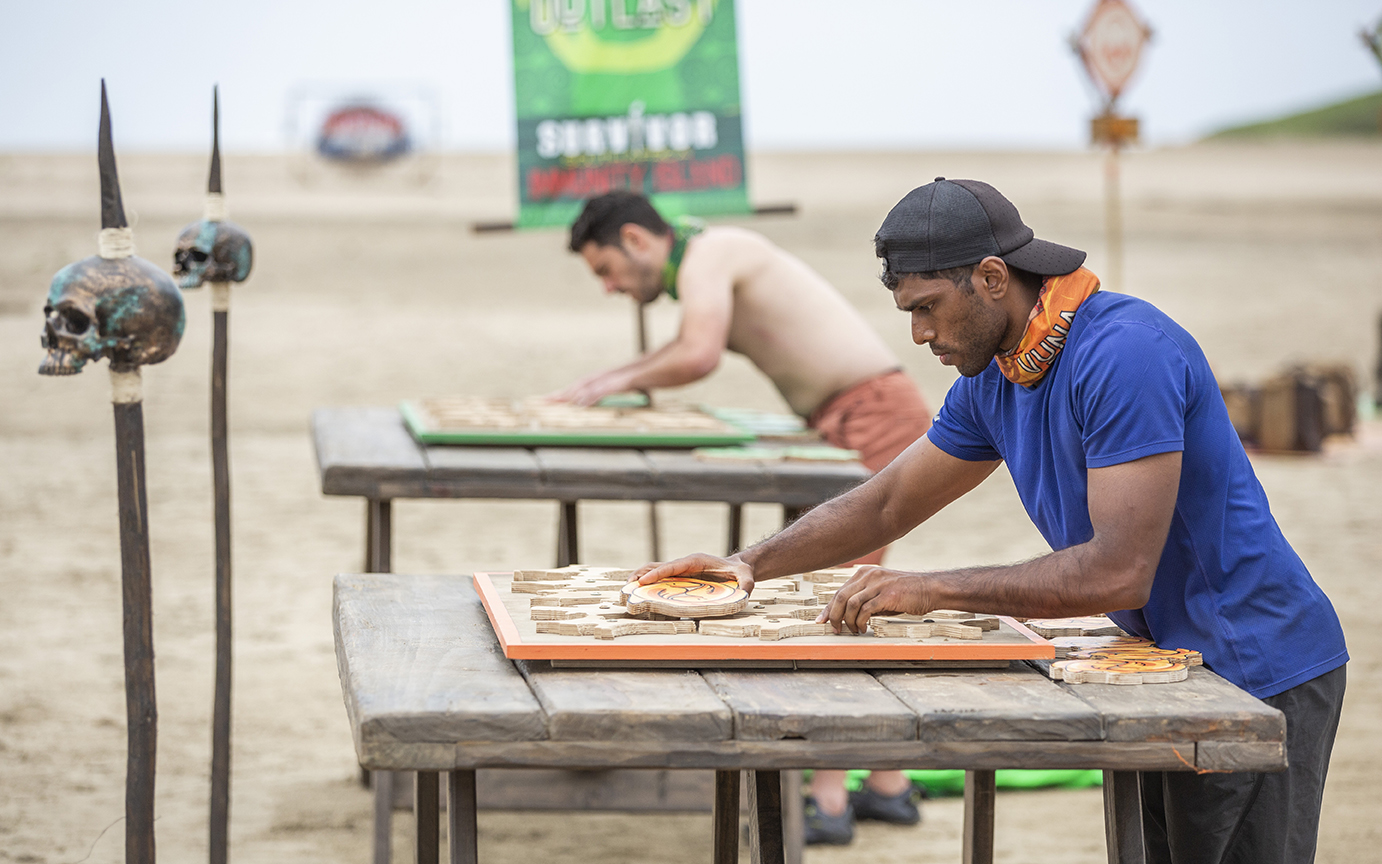 With the realities of defeat dawning on Chappies, he set about forging stronger alliances at Vuna camp, which he felt would be important in the event of an Immunity Challenge loss. To strengthen his ‘Formidable Three’ alliance into a four, with Pinty, Anesu and Paul, he revealed his ‘Diplomatic Immunity’ to them – which will allow him to switch tribes, or send a Vuna member across to Zamba, at any time. Dino’s puzzle prowess had also put his tribemates’ antennae up and he admitted that he’d put a target on his own back.

Santoni’s poor performance at the Reward Challenge made her Vuna’s obvious sit-out for the Immunity Challenge, as the castaways had to haul heavy bags of coconuts and sandbags over an obstacle course, before smashing and rebuilding a block puzzle. Tribal bonds were tested as some Castaways opted to tiptoe over the balance beam without carrying heavy bags, leaving their tribemates to shoulder their load. Zamba’s Renier had everyone worried as he faceplanted off the beam, but recovered quickly to set them away again. 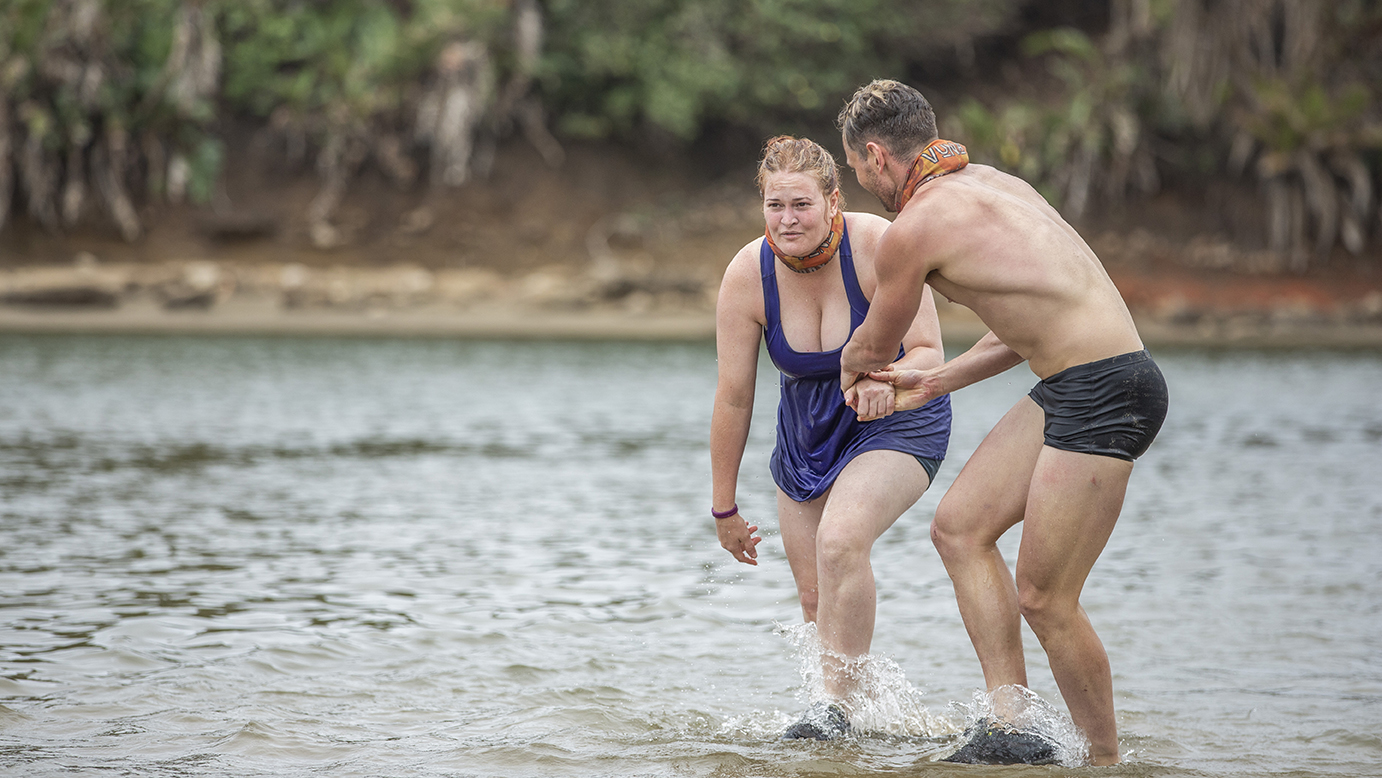 Vuna held a huge lead as the Castaways gathered on the mat to break down the puzzle by throwing the coconuts and sandbags at it. Anela proved worthy of his nickname – ‘Smash’ – as he demolished the tower of blocks and put Zamba back in the game. As Anesu and Carla struggled with the puzzle for Vuna, Dino stepped up again, alongside Qieän, to hand Zamba victory.

It didn’t take long for Zamba to decide to send Vuna ‘weak link’ Santoni to Immunity Island – and it didn’t take her long to settle in and win herself a clue to a Hidden Immunity Idol stashed at Tribal Council. She made the most her time to hunt for other advantages, coming up trumps with a clue to the location of another Immunity Idol, hidden back at Vuna camp – balm to her qualms at not having a vote in play at Tribal Council. 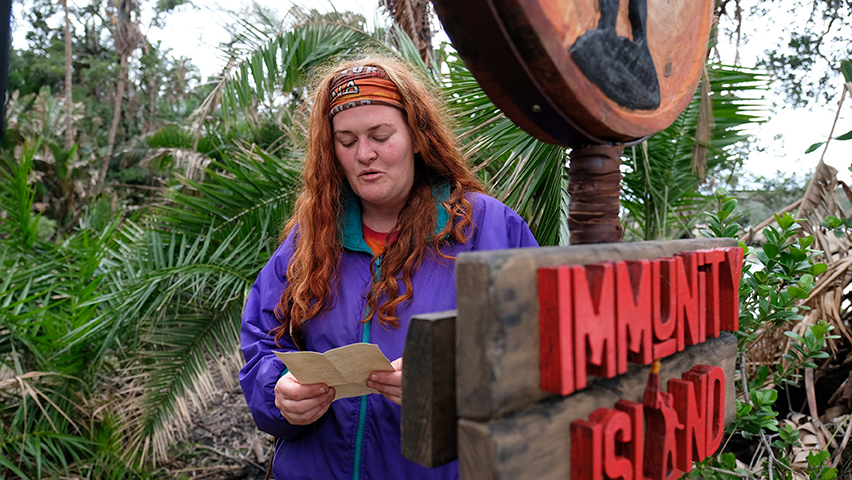 As a ‘Core Three’ doubled to a ‘Core Six’, a ‘Formidable Three’ morphed into a ‘Formidable Four’ and various ideas over the vote were floated at a freezing Vuna, it emerged that Mike and Pinty were the favoured targets. Carla, having decided that she couldn’t ‘work with’ the latter going forward, set about orchestrating the blindside. Pinty’s interrogation of Kiran was possibly the final straw for even her strongest ally, Anesu. Pinty, sensing she may be running out of rope, revealed detail of Chappies’ Diplomatic Immunity to Tyson – unprompted – to try to get a grip.

At Tribal Council, Santoni’s attention was clearly more firmly fixed on locating the Hidden Immunity Idol than participating in the discussion, which saw Nico enquiring who the tribe’s ‘black sheep’ was and Kiran offering the advice that playing the game as an individual at this early stage was a recipe for disaster. As Nico read out the votes, Pinty’s head started to swivel to her ‘Core Six’ colleagues, but with five votes to her name, she was sent up to have her torch snuffed as Anesu shed a tear.

Clearly shocked at being brought back to earth with a bump, Pinty declared after her exit that she couldn’t hold the move against the ‘Core Six’ as they’d simply played a better game.