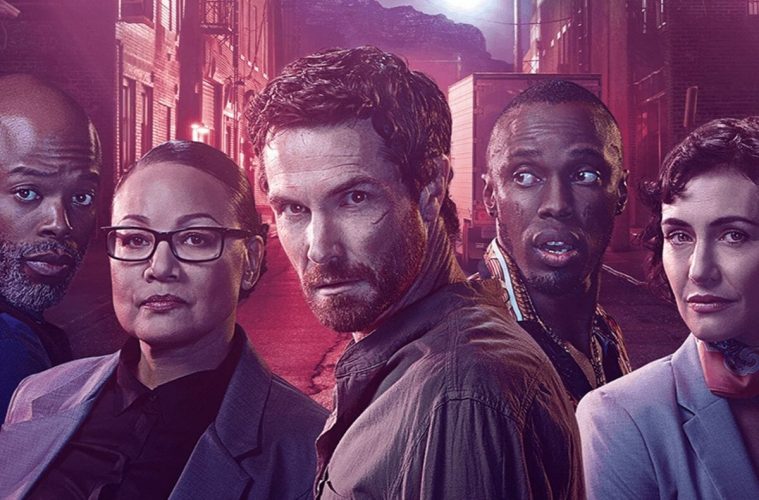 The biggest original drama series in African television history is about to hit our screens. Deon Meyer’s novel, Trackers, will be translated into a six-part drama series.

As we all await the first episode later this month, I was lucky to chat to Deon about the journey of taking Trackers from page to screen. 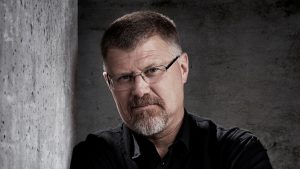 The subject matter for Trackers is very prevalent in South Africa at the moment but what specifically motivated you to write this novel?

As a storyteller and suspense novelist I’m always in search of stories that I think can work and can entertain and enthrall people. One of the problems I had before I started writing Trackers was that I couldn’t decide between three stories that I really liked. Until the penny dropped and I realised that I could interweave all three stories and make them work together in a surprising and hopefully ingenious way.

The one story is about an abused housewife who walks out on her husband and her family to find a new life and gets into trouble really fast. There’s also another storyline about rhino poaching and a third about a search for a missing person. I wanted to tell all three and eventually I managed to do that. Trackers is much stronger with these three combined.

Tell us about your research process for writing Trackers. Was it any different to your previous works?

I do a lot of research for every novel. Fever was a lot but I think Trackers was probably the most research because of so many facets in the book. There’s the South African Intelligence Services. Back when I wrote the book there was a huge struggle within the Intelligence Services and plans to amalgamate them. They were struggling for power and to survive. I had to do a lot of research on Muslim extremism in South Africa which is actually quite tiny but it is there. I found some really interesting and astounding facts around that. I had to for instance research shipping and how it is tracked in the world and how do you follow a ship’s progress and how do you find a ship that goes off the radar.

I had to go to Namibia to look at harbours there. I had the great privilege of speaking to probably the world expert vet in transporting rhinos. There was an epic flight flying rhinos to America. This vet was part of that journey. I investigated and researched illegal diamond mining, smuggling and blood diamonds in Africa – especially the then Zimbabwean government’s involvement in diamond mining and smuggling.

We live in a world where people live all over and if you get your setting wrong or describe it in a wrong way then you get these angry emails calling you an idiot. I try to do my homework as well as I can by visiting all the major places that I write about. I also find that that stimulates and guides the writing process. It gives you new ideas and more creative options which is always important.

Trusting a new creative with your work is always daunting. Tell us about how the team and the project came together.

I decided very early on that I wanted to be part of the creative team just as an advisor. I wanted to have some sort of control over the final product. I had a long hard talk with myself beforehand saying I have to be extremely objective and I have to let the team do their work. I was just there to guide. I’ve had some of my work adapted where I wasn’t part of the process and I was underwhelmed by what came out of it. My hope was always to be part of it in a very positive way trying to ensure that we made the best possible TV series that we could. I’m happy to say that the team was absolutely terrific.

I just helped solve a few problems. I never had to worry about them going off on tangents. They were incredibly respectful towards the original work. Robert Thorogood, the British screenwriter, is a seasoned veteran and a very smart guy. He was the head writer. We had a young team of very enthusiastic and passionate South Africans who worked on the project. Their work just amazed me. It was an extremely pleasant experience. We worked really hard and long hours. We wrestled with all the creative problems and all the work paid off.

The translation of any literary work to the screen is tricky. How did you ensure that the series is a true reflection of what you put down on paper?

The whole concept of a true reflection is such a problematic one because it’s impossible give an absolutely perfect mirror of a novel in a series. You have budget constraints and only so many episodes. There are certain things that are just impossible to shoot. You can create anything in a novel but you can’t do everything in a TV series. What we tried to do was to identify those main stories in the book that would translate best to television and would suit the structure of a series over five or six episodes the best. It wasn’t that tough a choice. We all agreed very early on what to put in and what to leave out. The structure of the book is quite strange in terms of suspense fiction. That was never going to work on screen so our biggest challenge was to make sure that the stories that we did weave together in the series worked and did not confuse the viewer. It needed to be exciting, pacey and easy to watch.

Did you have input into the casting process? How did you go about finding the right cast?

I was very much a part of the team that decided on the cast. It was a great experience. I made it clear from the very beginning as that we were going to work with a 99% local cast. I believe that having been in the film industry for a little bit, that we have world-class talent. I really thought that we should use our own people. We cast the net very wide and tried to be as fair as we could by giving everybody who fit the characters an opportunity. We had certain people in mind and a lot of them came through but in some of the roles we had a very tough choice. For several roles we really couldn’t decide because the talent was so great. Eventually I think we made very smart choices. This cast is just phenomenal.

What was your involvement in the filming process? Were you on set all the time?

No, we visited the set only once. My philosophy is that if you’re part of the writing team and when you hand over the scripts to the director and his team, it’s his vision. You leave them to it because they are all pros and very good at what they do. You just sit back and enjoy the results.

What are you most excited and most anxious about for when Trackers premieres?

Obviously we are all very anxious to see what the audience reaction is going to be. It’s a big gamble for everybody concerned. It’s a big production and it’s been such a long hard slog. We’ve worked so hard on this and put in so much passion. Our biggest hope is that the audience will experience that and will be absolutely enthralled. That is everybody’s big concern.

Can you let us in on any upcoming projects?

There’s a translation of my last Afrikaans book, The Last Hunt, coming out in November. I’m writing a new Bennie Griessel crime novel that will be out next year in October or November.

Trackers will make its debut at 20:00 on M-Net 101 on 27 October and will also be available on MultiChoice’s popular on-demand service, Showmax. The series is produced by UK production company Three River Studios as well as South Africa’s Scene 23.