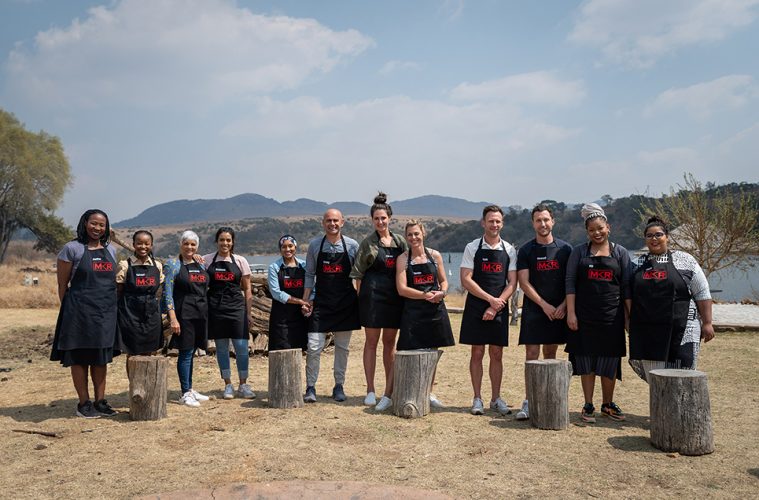 The ‘sudden death’ cook saw a duo eliminated after each of the three courses, as the contestants cooked some of South Africa’s finest produce over nothing but primal fire. Each duo suffered unique struggles with cooking over fire during an arduous sunrise-to-sunset cook marked by plenty of running between stations through the sand on the banks of the Crocodile River, near the birthplace of humanity – the Cradle of Humankind.

Nevi & Craig fell first, as their starter of sesame-crusted Seared Tuna only scored 10/20 from judges David Higgs & J’Something because of its one-dimensional flavour profile. KB & Nadia’s time in the MKR kitchen was ended by their main course of Ostrich fan steak with mushroom red wine jus. Each judge scored them 5/10, with David left wanting more from the meat and J’Something finding the ostrich underdone and the dish, over-salted. With four duos fighting for three spots in the final via the dessert course, Bernadette & Shaleeni stumbled with their ‘Braaiberry Pie’, scoring two points less than Retha & Tshepi – 11 – sending them home. 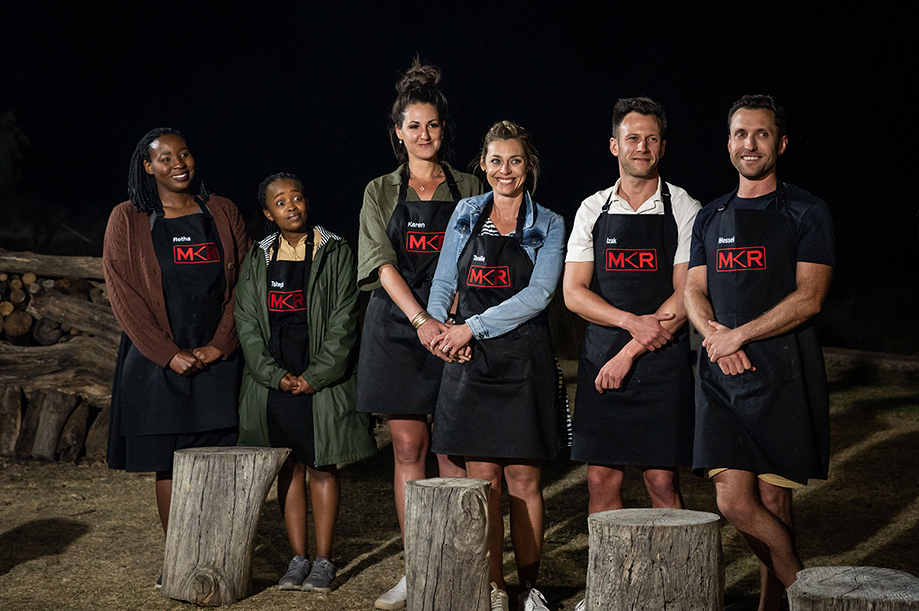 Retha & Tshepi were thrilled to progress through from both main and dessert rounds, finding themselves second from bottom in the scoring on both courses. An overall score across the three courses counted for nothing this week, but it was Izak & Wessel who scored most (47/60) to beat Karen & Tenille (45), while Retha & Tshepi picked up a total of 38 – if that’s any indication of the pecking order for next week’s final.