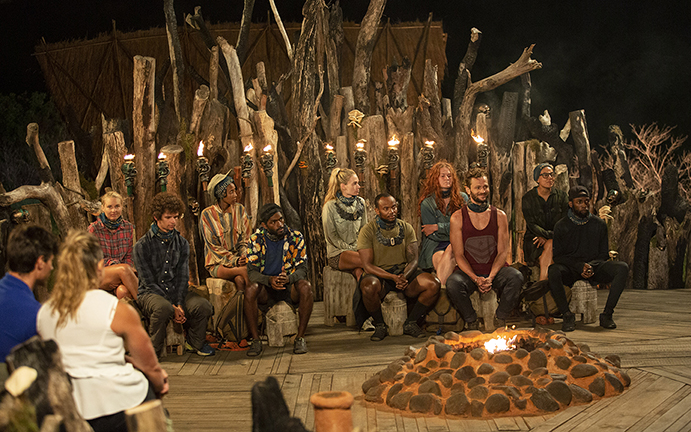 “What happens to them, will happen to you.” These were the words which spelled the end of the game for Renier and Amy.

The pair fought hard together but they ultimately became the second double tribal council casualties.

The two newest members of the jury spoke about how this twist sent their games spirally in an unexpected direction. 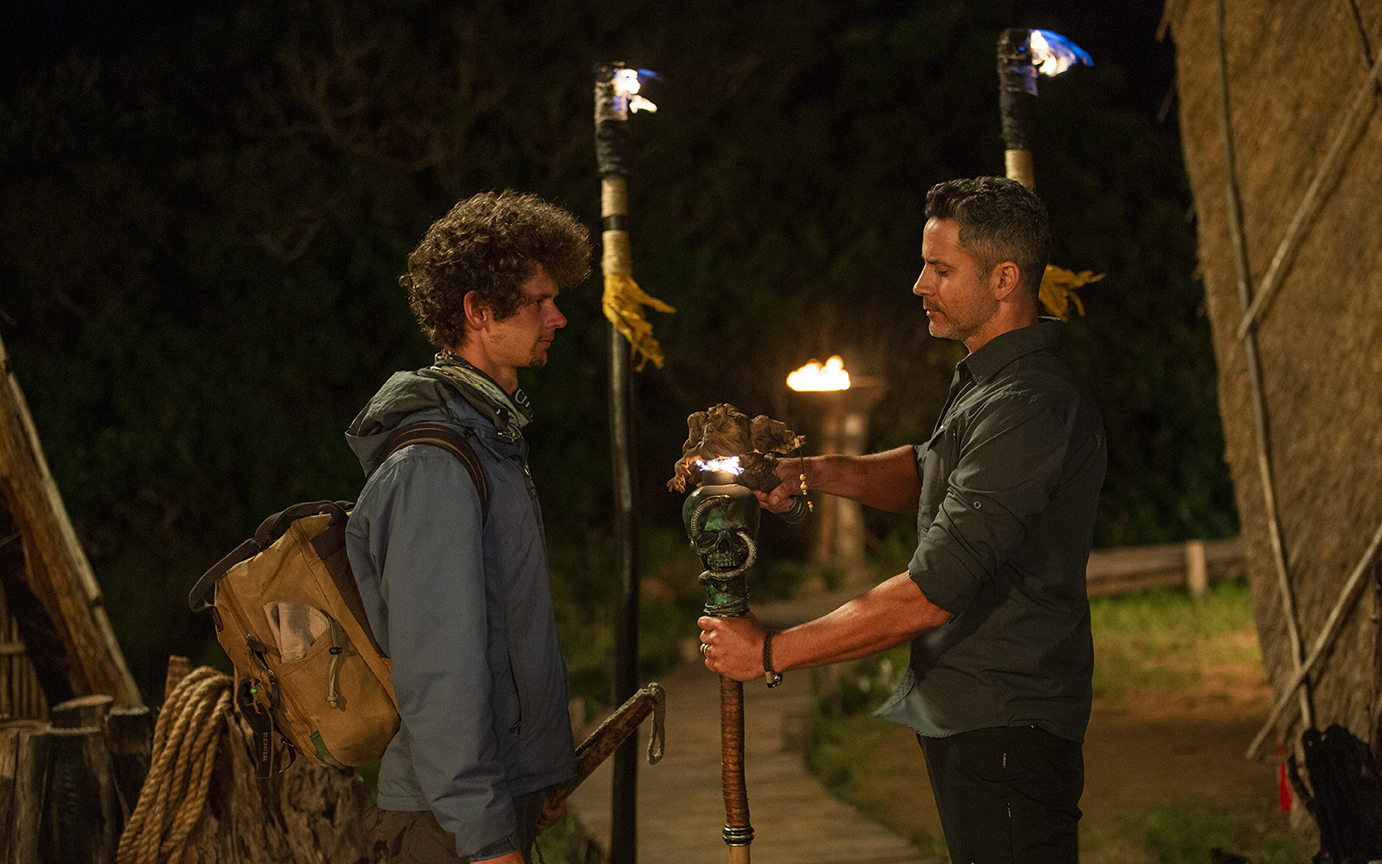 What were your feelings when Tied Destinies was announced?

When it was first announced I didn’t see any problem with it. It was a massive twist and definitely something new. Immediately my library of Survivor knowledge goes where has this been done before? This was a Survivor first. Survivor South Africa introducing something new. Then we drew the rocks and I checked out all the pairs and thought, o man, this couldn’t have been any worse. I love Amy, she’s so cool, but now we are sitting ducks. From that point onward I didn’t think that we had our names written on parchment already or anything it was just that I knew it would be an uphill battle from there.

Who were you most hoping to be tied with?

Tell us about the thinking behind your epic idol bluff.

I was campaigning the whole day for my closest allies on the other side, Kiran, Anesu and even Tyson, to get them to work with me. They just didn’t budge so then I went to the other side to Chappies and I said this can be you and me into the sunset, we can make this work. There was a time when he was sincerely on board and we were on our way to really make something happen there. Then Chappies got whispers in his ear and I underestimated how much he could be influenced by the rest of his alliance. Then he started second guessing and I picked up on that.

There was a point where I realised that he may have said yes but the odds of him working with me were very small at that point. One thing I’ve always said is I would never roll over and die in this game. No matter how cold, hungry, uncomfortable or tired I am I will not roll over and die. If they were not going to try and help me, I was going to try and help myself. If there was even a small chance of Chappies helping me, I had to bring out my biggest bat and give it the biggest swing. That’s exactly what that shot was all about.

How did Nicole choosing to take you and Amy along on the reward change your fate in the game?

There is no evidence that it changed our fate but I do believe we would have had a much bigger fighting chance had we been able to stay at camp with Kiran and Anesu or Chappies and Santoni. With Nicole, out of the goodness of her heart, wanting to take us along because we’re her friends just cemented it’s in the opposing alliances’ minds that that we were aligned and we were going to stick together. It created the illusion that we were unbreakable. That was very threatening for the opposition alliance so it was a twofold thing.

Who is your money on to be the Sole Survivor?

As a part of the jury, I can tell you my money is on one of eight people. As part of the jury you play a big role, you see who is coming back every single Tribal Council. It would be an unjust question for me to answer. 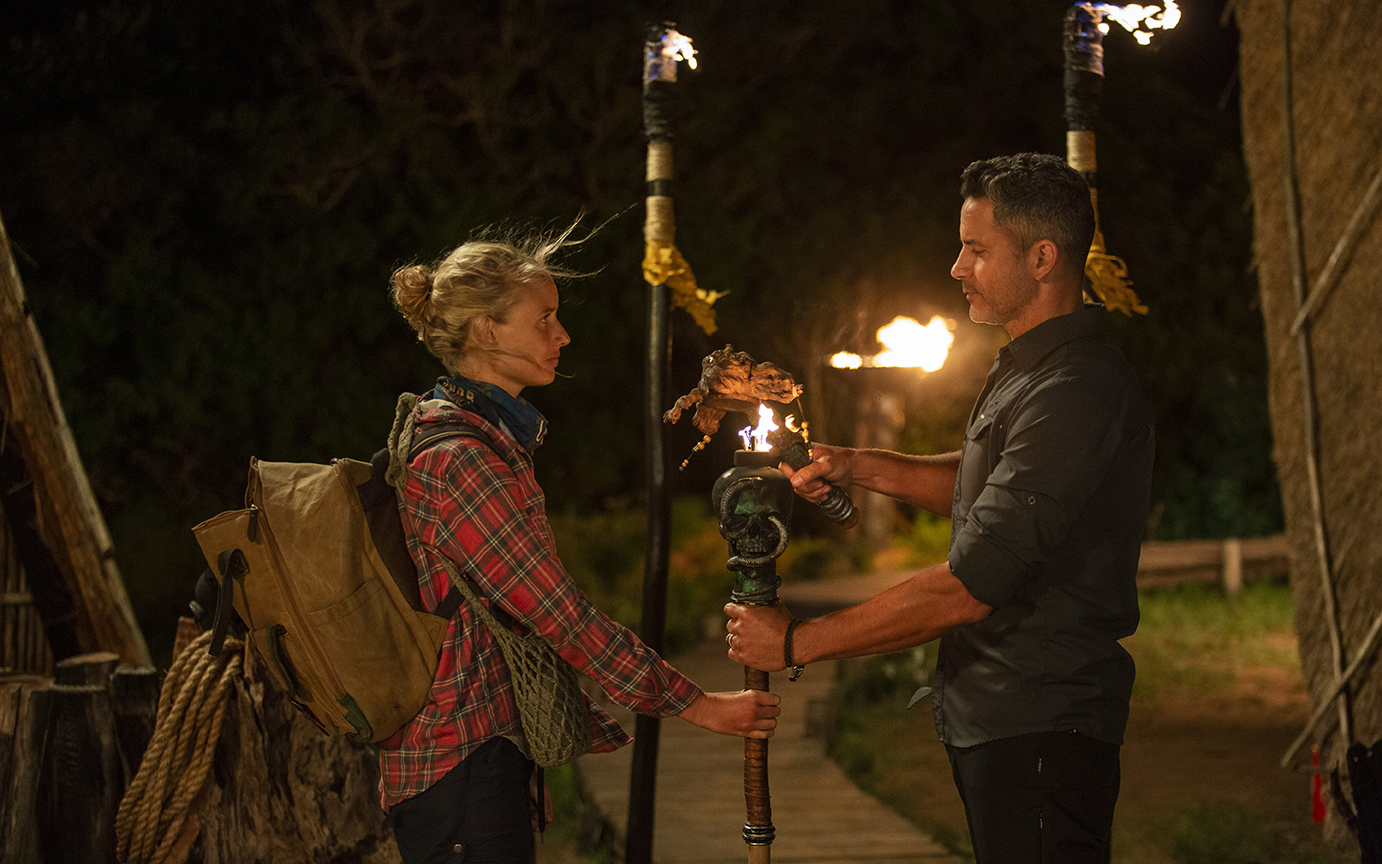 How do you feel watching back your final moments in the game?

It’s definitely hard for any of us when we watch the end. As far as exit episodes go for me, I’m quite happy with it and I’m proud of the game that I played. I’m proud of the fight that I put in and you can see it when you watch the reward and immunity challenge. How much I fought to try and keep Renier and I in the game. It’s devastating to know that I didn’t get there in the end but it was a proud moment for me when I watched it back. I feel a need to be part of the jury and to still be part of the game even though I’d left.

What were your feelings when Tied Destinies was announced?

We went into Tied Destinies believing very strongly that Anesu was going to pull off this blindside of Kiran and Tyson with us and that she would get Chappies onboard with us. We went from being in such a strong position at the beginning of the episode to having this twist which completely turned things on its head. Now it depends entirely on who you get paired with and who everyone else gets paired with. Essentially, you’re going from a game where there’s 10 people and 10 targets to 5 targets.

Who were you most hoping to be tied with?

I was hoping to be tied with someone from the other alliances but definitely not someone in my own alliance. I was kind of hoping to be tied with someone do I hadn’t had a chance to work with closely. Someone like Tyson or Kiran because I hadn’t been on a tribe with them until we got to merge. By then the lines had already been drawn. It was their alliance and our alliance. If I had had the chance to develop proper relationships with them, we might have given it a chance. That gives you an element of safety in the game because your alliance doesn’t want you to be voted art and their alliance doesn’t want them to be voted out.

How did Nicole choosing to take you and Amy along on the reward change your fate in the game?

There’s no doubt that it hurt us badly. If she took anyone else it would have helped us go a lot farther in convincing people that it was the right thing to pull off a blindside against Tyson and Wardah. Resenting us for having this great reward whilst they are stuck back at camp doesn’t leave a great taste in anyone’s mouth. As soon as people resent you, you’re really going to struggle to get them to vote with you.

Who is your money on to be the Sole Survivor?

I honestly can’t pinpoint anyone but the next obvious boots would be Anela and Nicole. But if you’re someone like Anesu, Chappies or Santoni who have always been on the periphery of all of these alliances, they’ve got to be thinking of getting rid of the Tyson, Kiran, Wardah contingent. I think all the OG Vuna and OG Zamba alliances are going to get blown out of the water. I honestly think it’s anyone’s game. We’re going to see immunity challenges becoming super important because that’s where you guarantee your safety in the game.