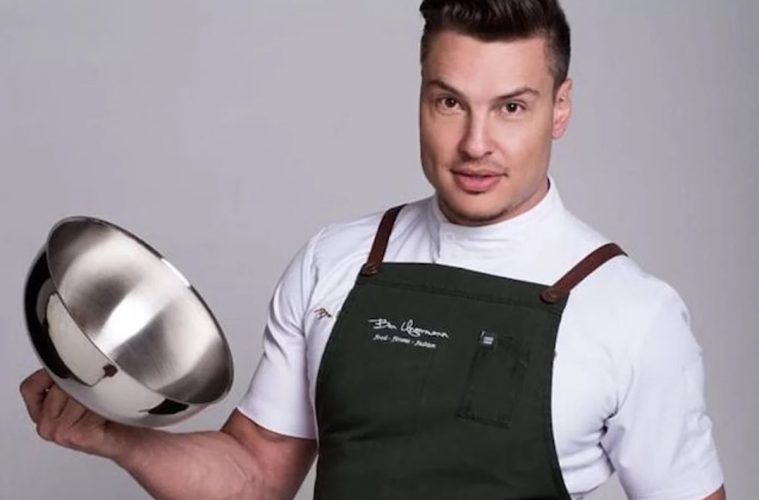 Ben Is Back And He’s Here To Stay

After narrowly missing out on the MasterChef Season 9 title, Ben Ungermann has made a name for himself around the world. Our favourite ice cream chef has been flexing his culinary muscles in Holland, Indonesia and South Africa and is soon to make beautiful Cape Town his home.

We caught up with Ben while he is spending some quality time with family in Holland before he wings his way back to sunny South Africa. 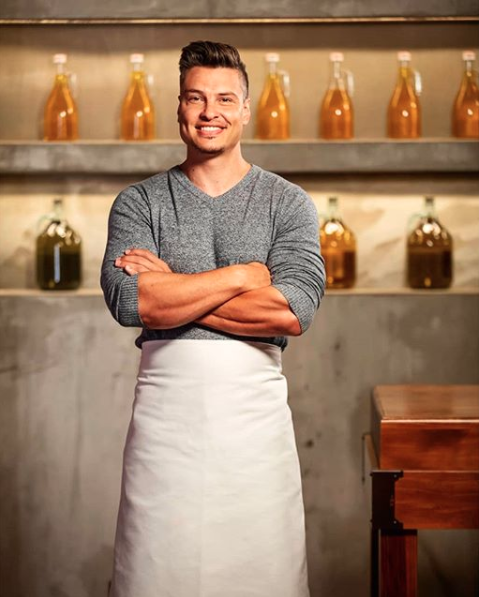 Tell us a about your journey since the last time you visited South African shores.

There’s been a whole lot more travel. I spent quite a long time in Indonesia and since my last visit to South Africa I’ve immersed myself more in Indonesian cuisine. I spent more time there learning from the experts and even just the people on the side of the road selling really delicious street food. I learned a lot of secrets then I spent some time in Australia working closely with my Auntie Freda who is Indonesian and migrated to Australia. She’s an incredibly amazing cook so I was very blessed to get some one-on-one time with her in the kitchen. Then I had my second bout on MasterChef where I only made four ice creams the entire season. The rest was pretty much savoury cooking with a heavy emphasis on Indonesian cuisine.

It was great to see you back in the Masterchef Australia kitchen. How did it feel returning to where it all began?

If I’m going to be 100% honest with you, I actually knocked them back on three different occasions. I was doing so well abroad and with most MasterChef contestants, you don’t see many of them travel or set themselves up overseas. For me, I never felt like it was a really good stomping ground for me being in Australia. I always felt that way even before the show and as a young boy. I’ve got really strong heritage abroad in Europe and in Indonesia. I always wanted to travel so I was actually in a really good space when they contacted me.

I had gone through the 2017 series and I felt like I proved myself. It came down to a very very close grand final, actually I think it’s closest it’s ever been – by one point. I didn’t really feel like there was anything left to prove but I’ve done my time. I actually had a lot of South African influence along with a lot of friends and family that said well maybe I should just do it because it’s going to be incredible for my career and you never know what will come from it. I’m glad I went back on.

The thing I was really proud about was that I did really flex my savoury muscle a bit more which I loved. I found myself sometimes cooking in the bottom but it wasn’t because I’d ever put up a bad dish. It’s because it came down to a tasting challenge or a guess the ingredient challenge. For some reason I had sucked at them. When it comes to cooking, I was usually cooking one of the best dishes of the day. So, I just took it as an opportunity to learn more every day that I ended up in the bottom and I had to cook my way out of it. I actually embraced it because we were there to cook and it’s only going to make you better.

What made you want to return?

It’s going to sound like a bit of an ego thing but I got so close last time. I guess there was always that little inkling in the back of my mind that I could’ve gone the whole way. If I was really going to test myself, it would need to be against the best Australia has to offer. That was pretty daunting. It’s scary because we had the onsite psychologist contact us wherever we were in the world at that particular time. I was actually in South Africa when I took the call and they had to ask pretty hard questions like what happens if you’re the first to leave? That would actually be so detrimental. You’re only really as good as your last cook. That was the one thing that was holding me back but also egging me on to be the best. 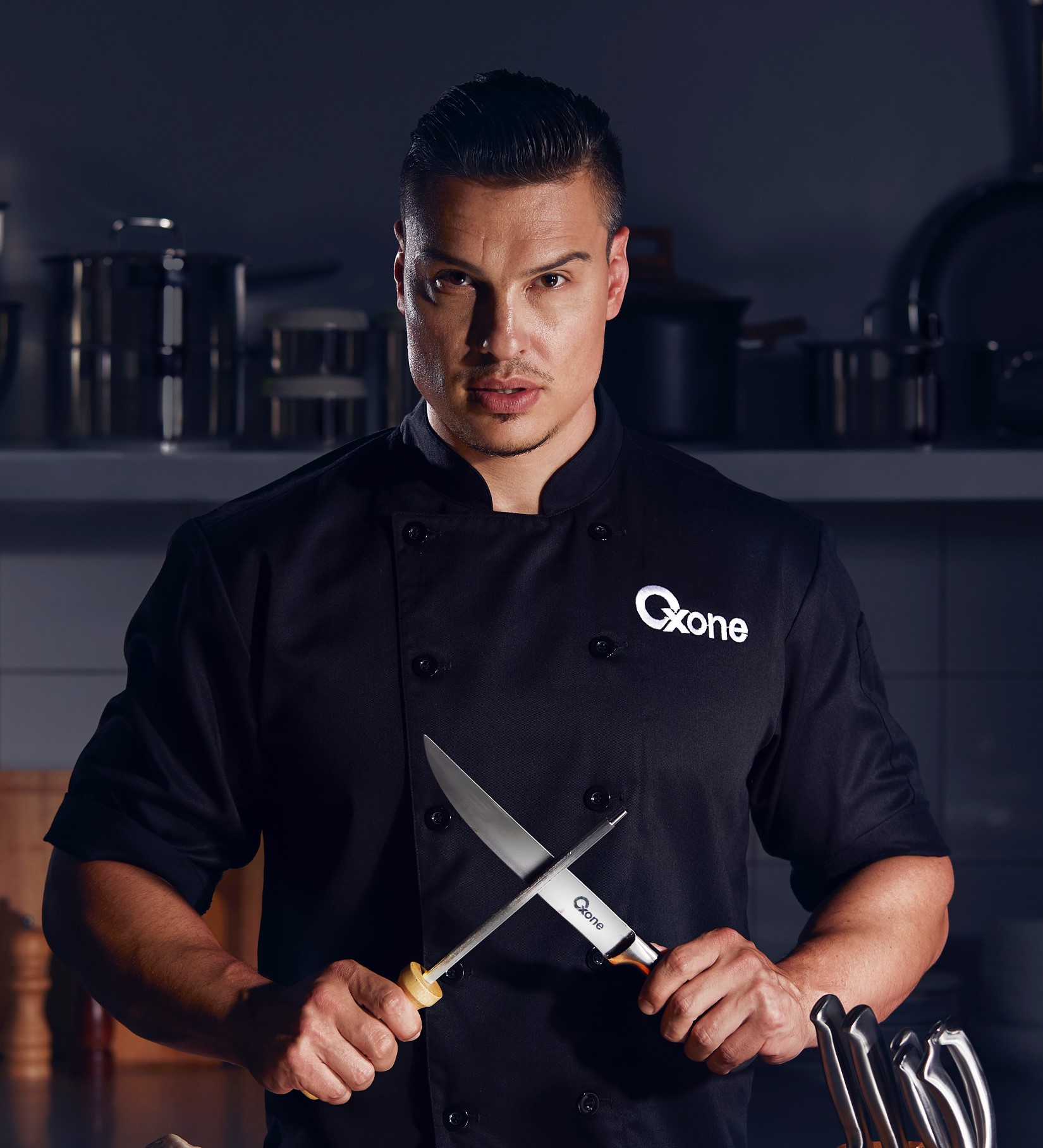 How was the competition different to the first time round?

One thing I could say about the show is the quality was so high that you weren’t really looking for three dishes that were going to bomb out to be in the bottom. You were looking at three dishes that were just off the mark. Maybe you used too much salt, maybe you emphasised an ingredient too much or not enough. It’s hard because they always give you a different challenge and a different brief. Remember that you’re feeding people and everyone’s palate is different so there’s so many components to putting up an amazing dish. It became very true that you could leave the competition at any point. It didn’t matter how good you were or how much clout you came with. I would be at the benches and I would look to my left and to my right and I’d be really up against it. Those were some pretty amazing cooks that they brought back. I really had to jump out of my comfort zone.

How was it cooking for three brand new judges?

That’s a hard one because I knew that they did the All-Star season to ease their way in and they went all out. We started the first week with Gordon Ramsay. I felt like the new judges really had to find their own way. As the competition went on, I believed more and more in them but in terms of George, Gary and Matt, I don’t think we’ll ever see chemistry like that ever again. It’s unfortunate that they departed the series but it’s also paving the way for some fresh blood. It’s a new era of MasterChef so who’s to say. It’s still very early days and like I said the boys had a long time to get their own stuff organised so I’m sure the others will get there.

We are delighted to hear that you are making SA your new home. What made you decide to settle here.

The first time I ever landed in South Africa there was just this overwhelming feeling of being home. I don’t know how to explain it. I felt so comfortable the first time I visited and then I came back multiple times after and every time I came back my experience was more and more enriched. It’s not just the beautiful countryside, the amazing culture, it’s the people that make it. In my opinion you’re the greatest population I’ve ever interacted with in all of my journeys. I’ve been to many many places around the world and on my last visit I decided this has to be home. I felt very comfortable there. The produce was amazing, the scenery is second to none and I was situated in Cape Town. It actually took me a while to eventually get to Cape Town but when I did, I understood what everyone was raving about. You fly in on the plane and to your left there’s mountains to your right there’s seaside and there’s this beautiful city in the middle. It’s not one thing, it’s many but it’s the people that do it for me.

What are you looking forward to most about living in South Africa?

I have so many things on the go. I’ll find my way back onto TV, that’s for sure there’s a cookbook in the works but to me what I enjoy most about South Africa is just engaging with the people. I love hosting masterclasses – tips and tricks on how to do particular things and also making ingredients stretch further is something that’s so big for me. We are living in an age where a lot of people have it tough and I don’t want people to lose out on tasty meals. That’s what I’ve always enjoyed doing in South Africa is literally just mixing it up with masterclasses and popup restaurants. That’s when I shine most. I really enjoy the interaction with people that I have affinity for. There’s plenty of things in the works but I can say that’s definitely at the heart of what I enjoy most.

Can you let us in on any exciting new ventures once you’re settled in Cape Town?

There’s definitely talks of a particular in South Africa but I just want to get a few more things in concrete for commit myself to anything. I will say you’ll definitely see some form of ice cream hopefully hitting the shelves at some stage soon.