Bothying Off The Beaten Track In Scotland 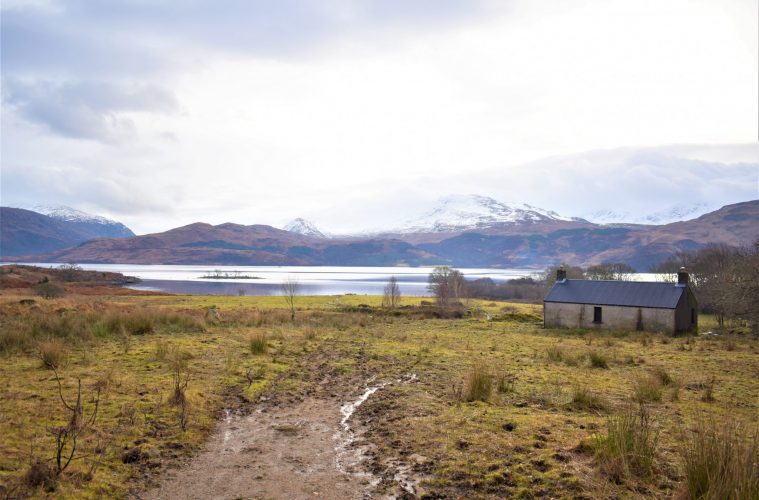 Home to Ben Nevis the UK’s highest peak, the competitive world of munro bagging and the West Highland Ways multi-day trekking, Scotland is world renowned for its outdoor culture.  It’s the call of the wild that lures outdoor enthusiasts from across the globe looking for their next big adventure to descend onto Scotland. I was no exception.

On my journey through Scotland, I visited the typical cities and attractions on every tourist hit list, Edinburgh, Glasgow, The Isle of Skye. Although each stop was stunning, I felt a bit unfulfilled, as if I’d only been seeing Scotland from the outside in. I was still itching for a true Scottish adventure.

Bothying had been mentioned to me in passing by multiple locals during my travels. It was an experience I was desperate to partake in, but the wintery weather, their remote locations and my limited equipment meant it was something I couldn’t brave alone. It wasn’t until a week out from my departure from Scotland that a chance meeting with a local Scot who was a keen outdoorsman and all round adventure junkie took me on the Caledonian adventure of my dreams; bothying off the beaten track in Scotland.

Once housing for estate owners and crofters, these remote huts dotted across Scotland steadily became abandoned following highland clearances, a decrease in hill farming and the invention of the jeep; making travel into the hills more accessible and limiting the need for permanent on site help. Subsequently the cottages fell into disrepair. The term ‘bothying’ became synonymous with the concept of staying overnight in these basic structures as these increasingly derelict structures unexpectedly became overnight accommodation for weary hillwalkers, mountaineers and drifters.  The term was most likely coined by the Scottish Gaelic word ‘bothan’ meaning hut.

Increased use saw rapid decline in the state of the bothies and in 1965 the Mountain Bothy Association (MBA) was born. A volunteer led charity that currently maintain approximately 100 bothies across Great Britain. Slowly, through volunteer run ‘work parties’ these rundown structures were restored to a water and windproof standard, left unlocked and free of charge to anyone wondering the remote highlands in need of overnight shelter out of the famously harsh and unpredictable elements, even in Scotland’s summer months. 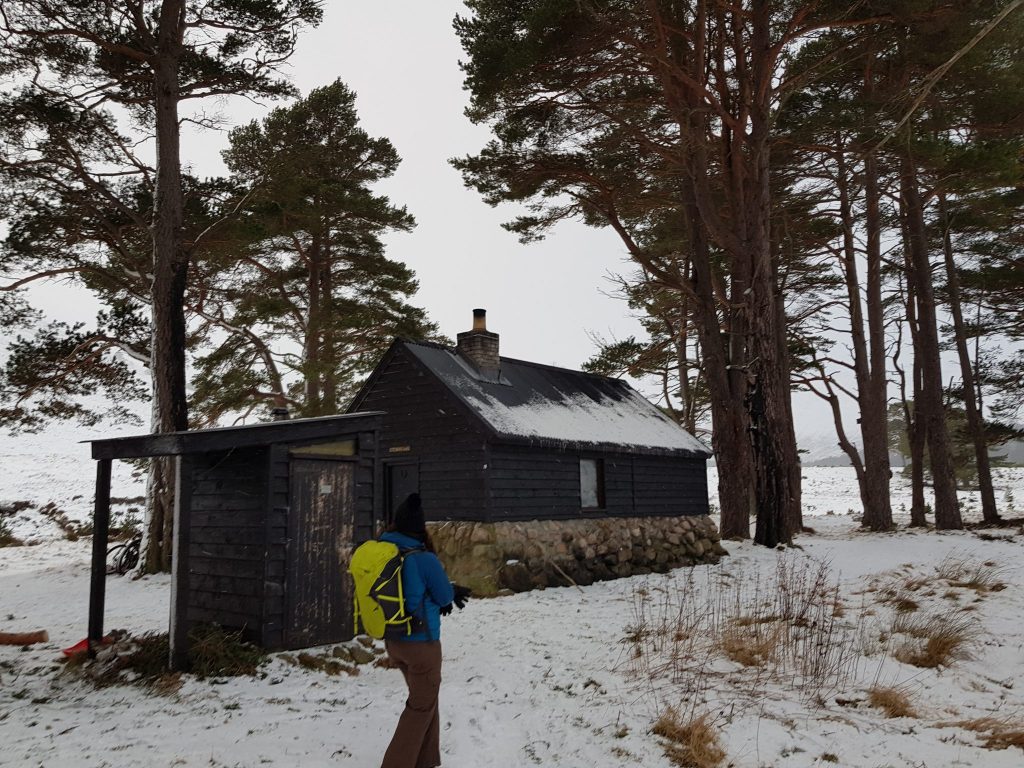 How to find a bothy

Once a closely guarded secret amongst avid hill walkers, the exact locations of bothies were only known within a tight knit group of outdoorsmen through word of mouth, or those who had an MBA membership. This cloaked bothy culture with an alluring air of mystery leaving bothying available only to the most intrepid walkers. Within the last decade, the Mountain Bothy Association published bothy coordinates on their website, living up to their code of ‘open for all to enjoy.’

Another resource is the recently published Bothy Bible by Geoff Allen, which not only discloses bothy locations, but also provides glossy images of the bothies and their surroundings, its distance from the nearest road, the terrain, the facilities to expect once there and insightful tales of the bothies past inhabitants. I found myself staying in a bothy that was once the home of the grandfather of Scottish folk singer and songwriter Dougie MacLean. It’s rumored that this particular bothy location inspired the artist to pen the lyrics to his song Eternity. 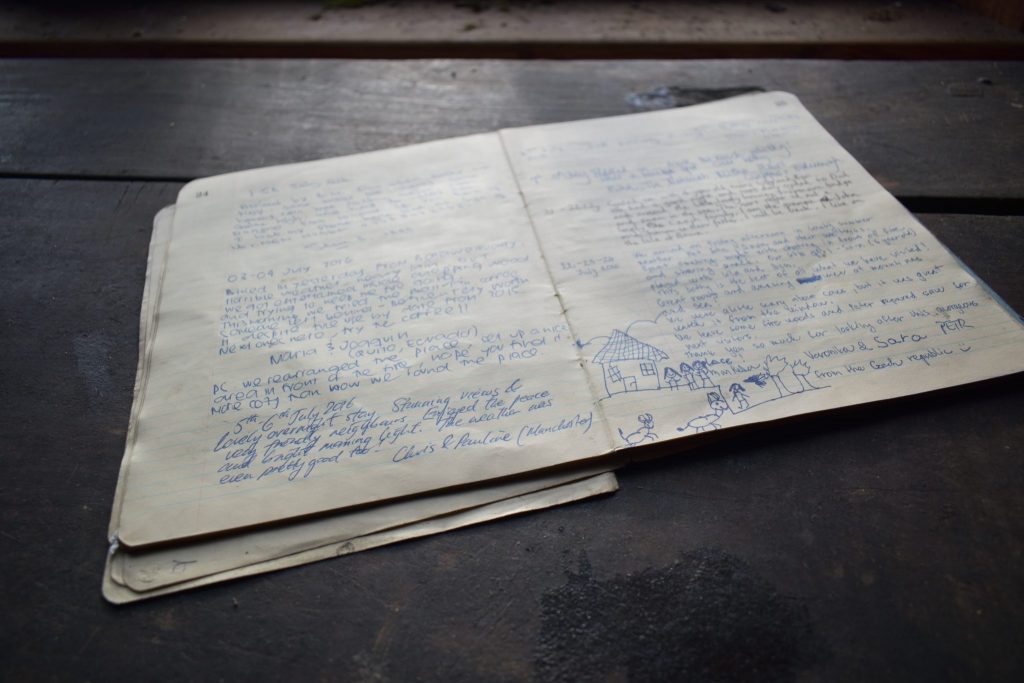 Facilities vary greatly from bothy to bothy. An MBA maintained bothy will be waterproof, close to a natural water source, and can range in size from one room to two story cottages. Either an open fireplace or stove will be available as a source of heat. Some have raised sleeping platforms installed and a shovel for DIY bathrooms. You might find a small library with a ‘leave a book, take a book’ policy and a notebook where you can leave a personal entry, draw a picture or write a poem about your stay and read through those left by previous visitors.

With locations now readily available online, bothy culture is growing in popularity. One night you could have a three room bothy to yourself, yet find yourself scrambling for floor space with 10 other visitors the next, an experience that was all part of the fun for me. Without electricity or running water all necessary items need to be carried into the bothy from kindling and firewood, food, cooking equipment, a sleeping bag and mat, some candles for light, a bottle or two of wine and a sense of adventure will complete the experience. 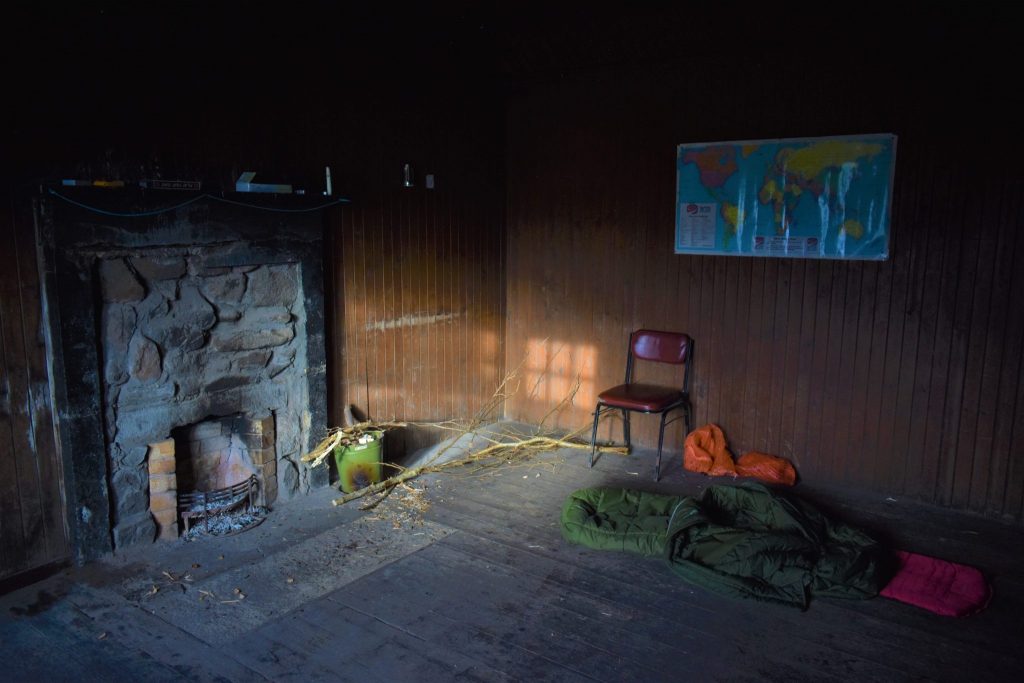 After my first night in a bothy I was hooked and spent two more nights bothying in Scotland. I found a stark contrast in spending a night in the most humble accommodations to then wake up surrounded by the striking grandeur of the Scottish Highlands. It was a thrill to step outside into the crisp fresh air, either deep in the woods or in a wide open expanse with a majestic mountainous backdrop, listening to nothing but the steady flow of a stream running over pebbles and watching deer graze across the glen. It was the most extraordinary way to not only witness the sheer magnificence of Scotland’s outdoors, but to be completely immersed in it.

It’s one thing to step off a tourist bus on the side of the road to take in the views, snap a quick pic and move on. But bothying is much more than that. Bothying is an opportunity to step outside your comfort zone and become part of a passionate outdoorsy community that not only appreciates Scotland’s wilderness, but who want to get off the beaten tourist track and truly absorb her most isolated, rugged and breathtaking landscapes.