How to Spend 3 Days in Hong Kong 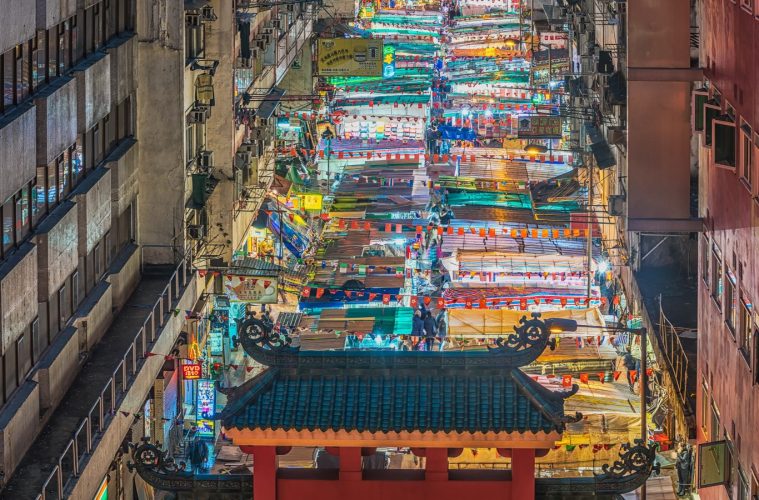 Although 3 days sounds like a somewhat insignificant amount of time, it’s amazing how much you can pack in when visiting a city like Hong Kong. My boyfriend Duncs and I travelled from Da Nang to Hong Kong, so we had very little jetlag, which helped us squeeze in a lot of exploring!

Leaving Hong Kong airport was really easy, especially as we’d been given some great insider tips from Hong Kong based MTF contributor Leigh-Ann. We were staying on Nathan Road, so Leigh-Ann kindly advised us to get the A21 bus there. The bus took about 30 minutes and dropped us right outside our hotel for $4 each. For our 3 nights in Hong Kong, we stayed in Micro Hotel. We should have paid more attention to the name of the hotel because our room was definitely micro in size. As budget travellers, Duncs and I have stayed in some very interesting places, but this was by far the smallest room we’d ever experienced. A tiny double/large single bed had been rammed into the room, which took up the majority of the space and was shorter than Duncs, who had to sleep curled up. There was no window in the room, which I am convinced was a converted cupboard, and the air-conditioning unit (that sat on a table, rather than being mounted on a wall) seemed to generate more heat than cool air. Luckily we’d booked a few months in advance, so we only paid about $80 in total – a bargain for accommodation in Hong Kong.

After dumping our bags, we very quickly headed back out for a walk to the Tsim Sha Tsui district. By the time we got there it was the evening, so we stopped for a bite to eat at some food trucks near the waterfront. After our power-up, we strolled on over to the Avenue of Stars, where we took selfies with Bruce Lee (fine, it was just his statue). We’d timed our walk well and ended up watching the light show nearby, whilst taking in the spectacular skyline of Central Hong Kong across the water.

During our walk back to the hotel (we spent a lot of time on our feet during this trip), my sweet tooth spotted a food kiosk which was causing quite the stir. People were pushing their way to the front to buy a blue plastic token, which they then exchanged for some sort of pastry, so I got involved. I followed the lead of others and pointed to the menu, which consisted of two pictures and a lot of Cantonese. I made it out of the crowd with a huge grin and what I later discovered to be an egg waffle, also known as a bubble waffle. It was fantastic. Bearing some similarity to a pancake in taste, the air-filled, sugary dough was so tasty that Duncs went in and got his own after having a bite of mine (I wasn’t sharing)! A quick Google later informed me that the eatery was called Lee Keung Kee North Point Egg Waffles and was ranked as one of the best place to get the famous Hong Kong snack. 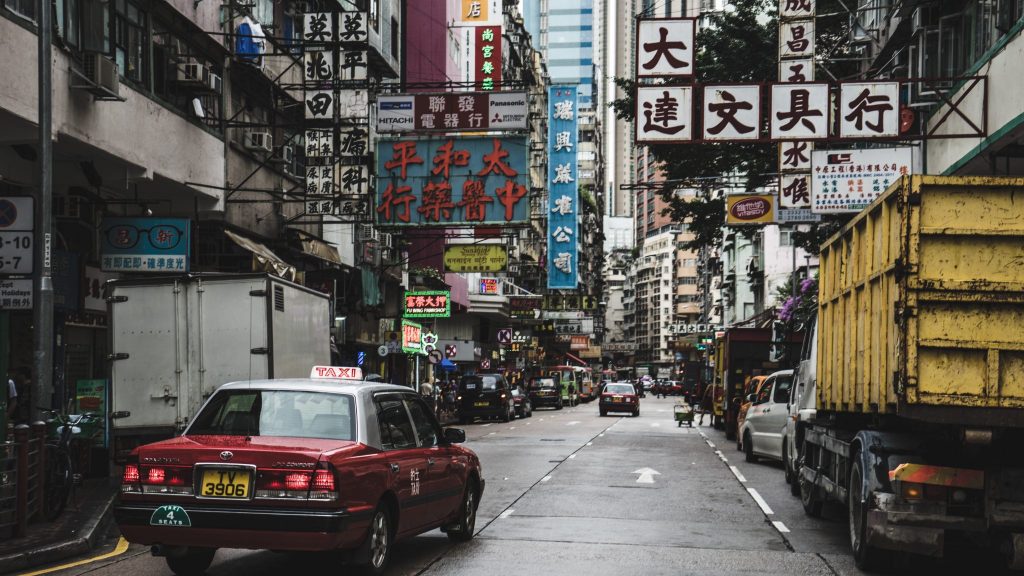 Photo by Redd Angelo on Unsplash

On our second day we got up and headed for a breakfast of HK-style French toast and coffee/tea mix, known as Yuenyeung, at the delightful Mido Café (another of Leigh-Ann’s fab recommendations). Yuenyeung was very peculiar as it really did taste of equal measures tea and coffee, but I really enjoyed it and have yet to perfect the mix myself! Following our fest, we made our way along Nathan Road to catch the Star Ferry. The ferry was a great way to experience Hong Kong’s skyline from a different perspective and only took a few minutes to cross from Kowloon to Central.

After a further hit of caffeine at our first Starbucks in almost 2 years, we walked through districts such as Soho in search of the Mid-Levels Escalators (the longest, covered outdoor escalator system in the world). We spent the afternoon riding around the area and taking in the sights of various local businesses that had somehow managed to nestle themselves into the heart of Hong Kong’s Central district. Each nook and cranny was filled with some sort of activity, from nail parlours, to restaurants and even gyms!

After watching the world go by at one of the eateries situated alongside the escalators, we walked to the Peak Tram. Foolishly we hadn’t thought to book tickets beforehand, so we ended up queuing for quite a while, but it was worth the wait. Despite the weather being rather misty and overcast, the view from the top was still wonderful and we timed it so that we went up in daylight and down in the dark, watching Hong Kong’s lights twinkle away during our descent.

For our second evening, we headed back towards our hotel and wandered through the nearby Temple Street Market. During our travels, we stumbled upon a great street named Woosung, which was filled with people, neon lights and food. Here we dined on the most delicious duck I have ever eaten, along with some chicken noodles for good measure. 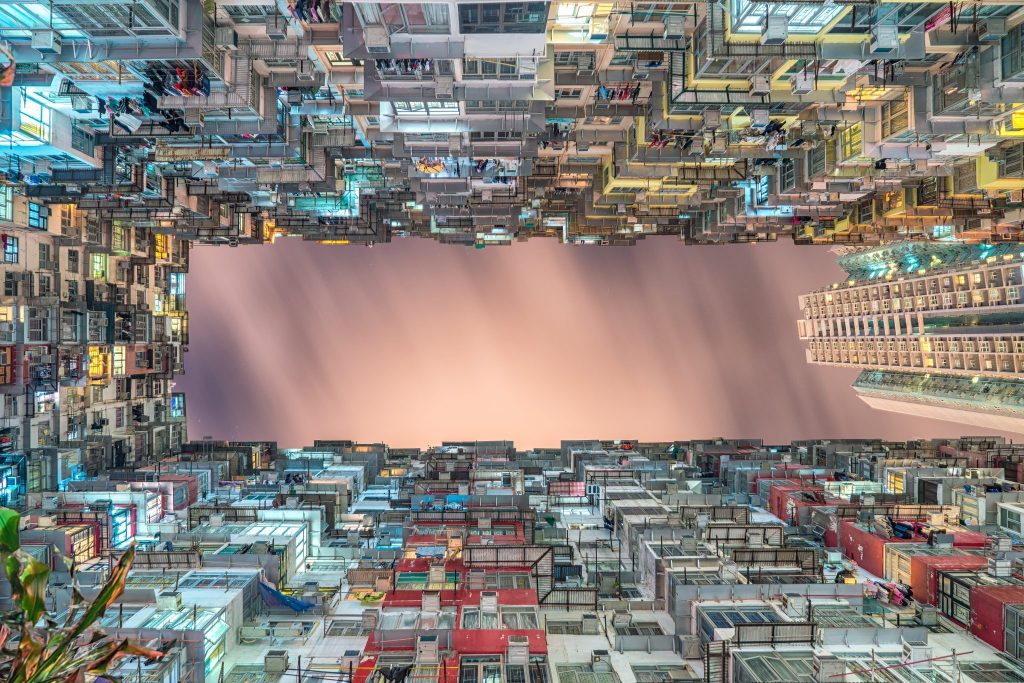 Photo by Steven Wei on Unsplash

Our final day in Hong Kong felt rather sad. We started again with breakfast at Mido Café, but this time I tried a pineapple bun. Misled by the name, I was expecting it to contain pineapple jam and was confused by the time I’d finished it. I later learned that it gets its name from the texture, which resembles that of a pineapple. Despite not containing any fruit, it was thoroughly enjoyable. After breakfast, we walked along Nathan Road for a bit of retail therapy. As it was sunny, we ate down by the waterfront again. In the afternoon, we ventured to Mong Kok to check out bustling Ladies Market and Sneakers Street. It was here that I fulfilled my tourist dreams by purchasing an ‘I love Hong Kong’ tshirt. Before heading back to our hotel, we made one final trip to Lee Keung Kee North Point for an egg waffle, which we ate in Kowloon Park as we watched Hong Kong wind down for the day.

Due to time restraints, we didn’t get to see things such as Tian Tan Buddha (aka Big Buddha), but I wouldn’t have changed a thing. Our time in Hong Kong flew by, but it was a wonderful way to top off an extraordinary 15 months in South East Asia and I’d go back in a heartbeat.

N.B. Prices are displayed in USD and were accurate at the time of this article’s publication.