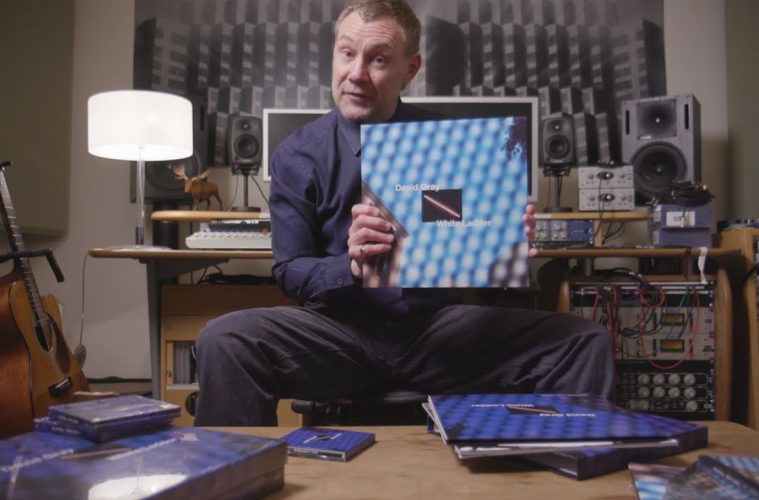 Multi-platinum, multi-Brit and Grammy-nominated, British singer-songwriter David Gray is today announcing a 2 date South African arena tour; White Ladder: The 20th Anniversary Tour, to celebrate the trailblazing album’s 20-year anniversary. The 7 million record selling and one of the greatest and most heart-warming word-of-mouth successes in music, White Ladder will be performed by Gray with all the original band members and with all the original equipment to recreate the record in its entirety, plus a set of the greatest hits.

The David Gray tour will go on sale at 9 am on Friday 25th March exclusively from Ticketmaster.co.za

The Discovery Bank pre-sale begins at 9 am on Wednesday 23rd March 2022 from www.ticketmaster.co.za and runs until 9 am on Friday 25th March 2022. 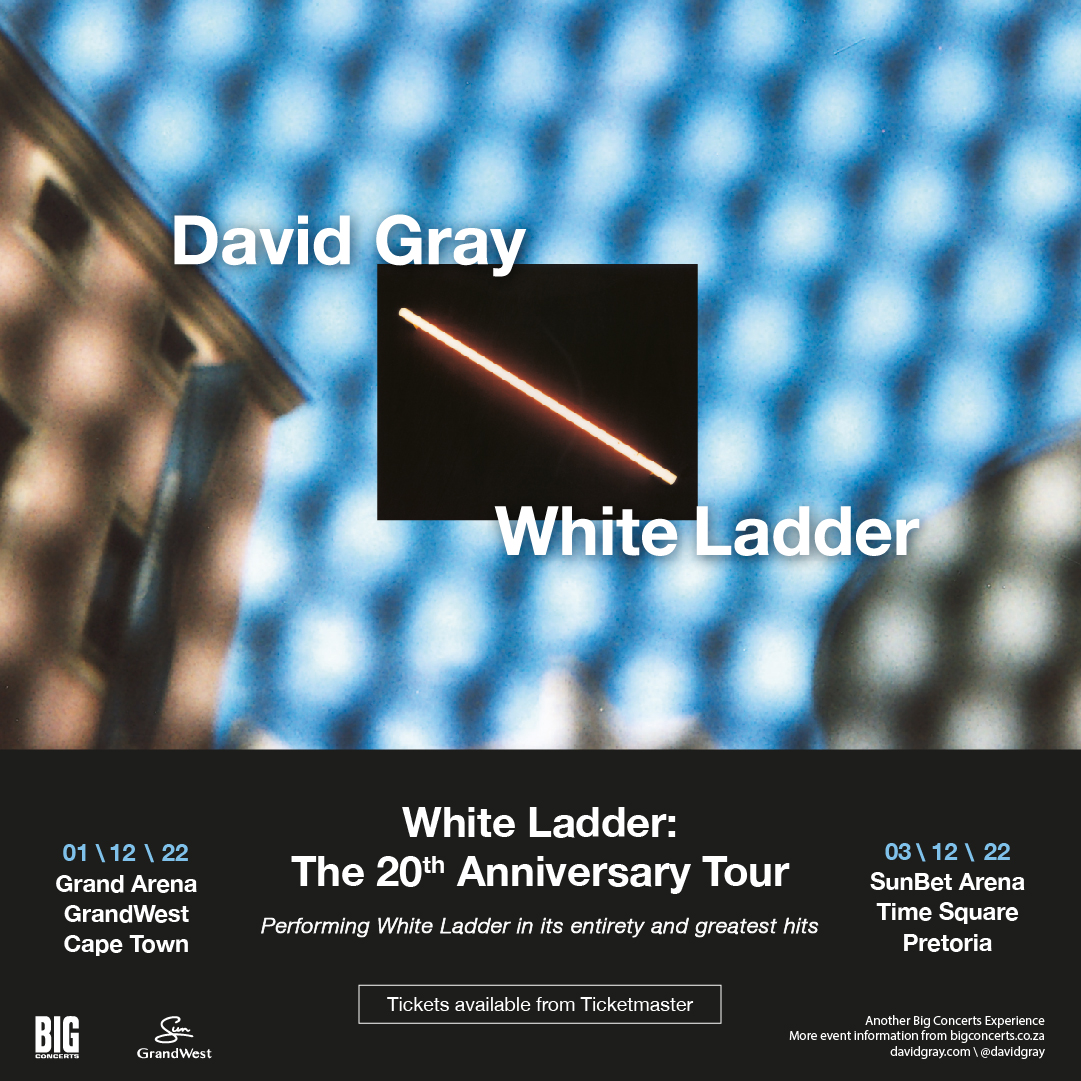 Talking about the announcement, Gray says:

“It’s the 20th anniversary of White Ladder, a unique record with its own remarkable history. Jammed full with big, open hearted songs and flooded with a raw emotional energy. It’s an album that came from nowhere to steal the hearts of millions all over the world, completely transforming my life in the process. Twenty years on and it feels like White Ladder is just as alive for people now as it was back then – so to celebrate this milestone, I will be releasing a special anniversary version of the album and assembling all the original band members with all the original equipment, in order to take White Ladder out on the road and recreate the record in its entirety”.

White Ladder was born of difficult circumstances. Gray had been struggling on the margins for a decade, a lonely figure with an acoustic guitar swimming against the tide of Britpop, grunge, hip hop and electro. With three albums to his name, he found himself advertised at a gig third on the bill to beer and a barbecue. “Futility was so thick on the ground it was utterly soul destroying.” He came close to quitting. But instead, he asked himself some difficult questions: “Can you make a better record? Can you write a better song? The decision was to open up and give it everything I’ve got.”

Written and recorded on minimal budget by Gray in the bedroom of a tiny terraced house in Stoke Newington, David experimented with drum machines and electronic elements, creating a blend of folktronica that has since become a familiar part of the musical landscape, aided by drummer Craig McClune and engineer Iestyn Polson. Self-released at first on his own kitchen sink label, White Ladder slowly (very, very slowly) found an audience. It took a year to creep into the lower reaches of the British charts, then worked its way all the way up to number one. White Ladder eventually spent 3 years (from May 2000 to March 2003) in the UK top 100, spawning classic hit singles ‘Babylon’, ‘Please Forgive Me’ and ‘Sail Away’. It remains in the top 30 best-selling British albums of all time and the best-selling album ever in Ireland (a nation who know a good song when they hear it).

Celebrating its 20th anniversary, it’s interesting to consider the extraordinary aftermath of White Ladder. Its success spawned a new wave of singer-songwriters in an acoustic boom that resonates to this day, a soul-baring lineage that can be directly traced from David Gray to the all-conquering Ed Sheeran. Indeed, Ed is a fan, known to cover ‘This Year’s Love’ live. Fellow world beating British superstar Adele is also an admirer, citing ‘This Year’s Love’ as one of her all-time favourite break-up songs.

White Ladder remains an album of great depth and startling beauty, a superlative collection of emotional songs capturing a very special moment in time, as raw and immediate as when it was recorded. It’s one of 11 complex, ambitious and heartfelt albums Gray has recorded in a career than spans 25 years. Some, like White Ladder, have been big commercial successes (2002’s A New Day At Midnight and 2005’s Life In Slow Motion were UK chart toppers), others have been more intimate and experimental. All feature music that is both intimate and broad, intensely personal yet capable of speaking to the masses.

Says Gray, “What happened with White Ladder involved more than music. It was a sort of heart and soul moment of total surrender for everybody involved, for me and the audience. That was it. It doesn’t get any better than that.”