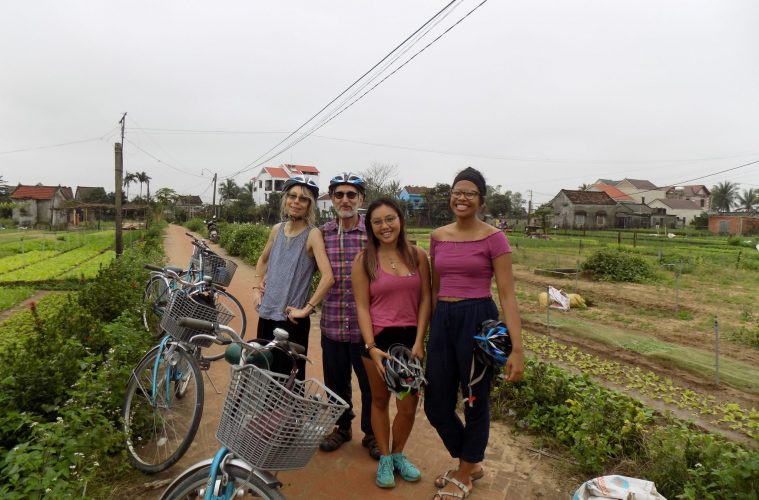 Staying in Hoi An for a month earlier this year, it became very apparent that as a traveler you will have so many unique experiences that no other city in Vietnam offers. One of the largest pieces of this experience is the food that’s offered in Hoi An. There are so many specialties and Hoi An specific dishes that Tien and I knew we wouldn’t be able to leave until we tried a few. Luckily there’s a tour company, Hoi An Express, that offers a scenic tour of the farms in the city as well as a taste of some of the many dishes offered here.

The morning starts with Hoi An Express picking you up from your residences and taking you to pick up the bicycles. Yes, that’s right you get to pedal around the city streets. Usually this wouldn’t be too much of a problem but it was a particularly busy morning with tons of traffic. Our guide, however, was unphased and easily led us around at a very comfortable pace. He soon took us to a back path which lead to the farms on the outskirts of the main city.

As we cycled through rice fields we saw many locals hard at work which led us to our first stop: the shrimp farms. Here we saw a man rowing out to the middle of his lot tending to his stock and even getting in the water to ensure the proper conditions. Unlike most western food I’m used to eating, locals don’t pump their foods full of chemicals and preservatives so swimming in their lot to upkeep their shrimp doesn’t hurt either party. 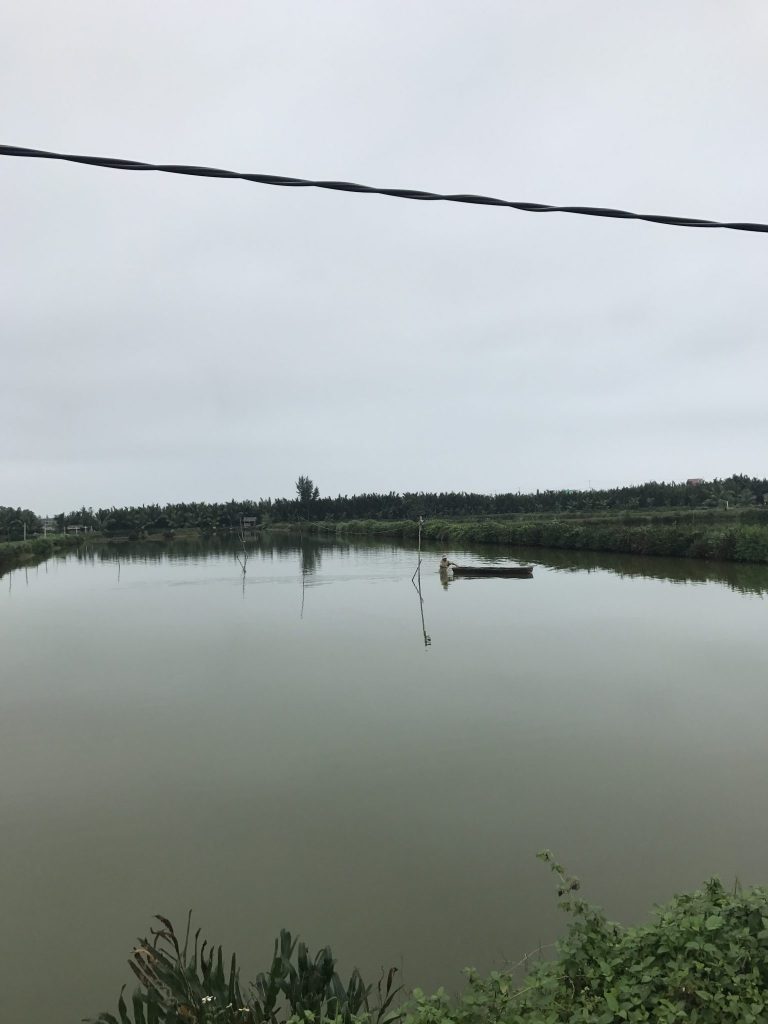 After we stopped by the shrimp farms we continued on the path to the vegetable gardens. Here we saw even more people working and out guide seemed to have a close relationship with the farmers so we were able to smell some of the herbs growing like basil and mint. We even found out that they fertilize their crops with riverweed, the fresh water equivalent of seaweed. As we finished in the veg garden we went back to town for our first restaurant stop.

As we arrived we washed up while the waitress readied our ingredients. Here, we made White Roses, a Hoi An specialty made of white dough filled with minced shrimp and shaped to look like roses. After a few failed attempts at rolling the dough we finally figured out a method that worked for us – meaning the woman who worked there rolled the dough while we filled and shaped. When they came back from being steamed they looked halfway decent and tasted even better. After we each had our fill we headed to the next restaurant.

We biked into Old Town and right into the arms of a local restaurant serving Cao Lau. This dish is special to the town and can only be found in Hoi An. It is a yellow noodle topped with pork and vegetables with very little soup. 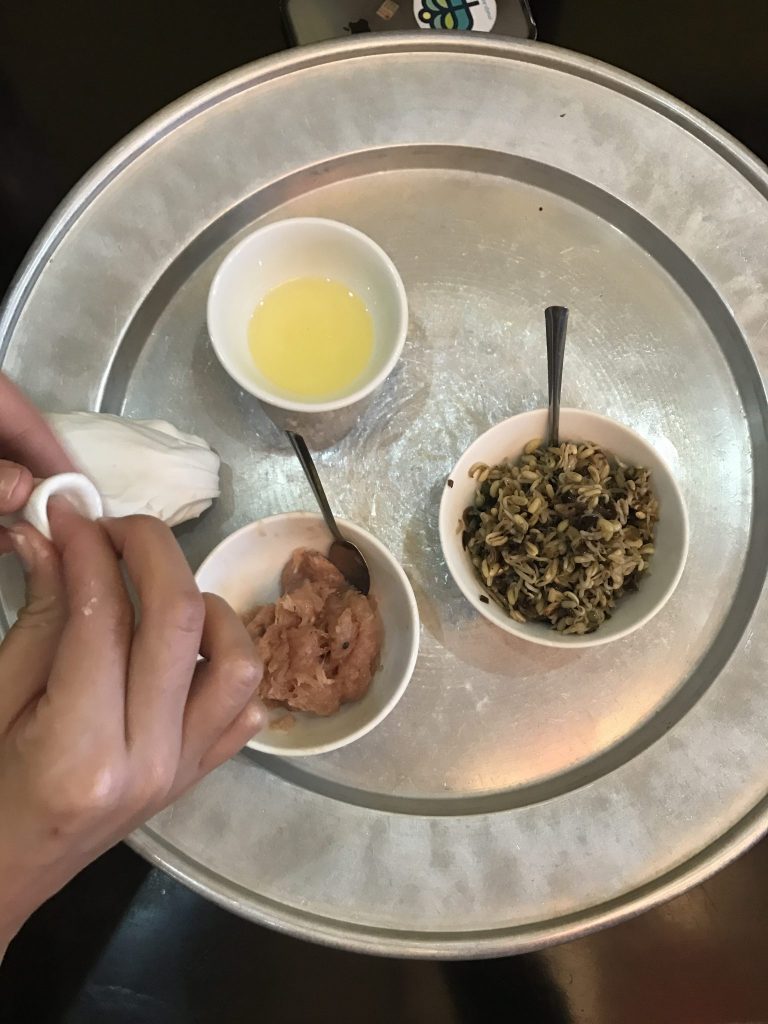 Our next and last stop was for dessert. We started with a savory snack that’s made of dried rice cake and then stuffed with sticky rice. First you must smash the disk down with your hand and then tear of the pieces to dip in either fish sauce or soy sauce. It’s mostly a snack you eat while drinking. Finally we received a sweet corn dish. Now, I’m from Iowa so I thought I had a handle on what sweet corn is but this was very different from my definition. The dish is more like a sweet corn jelly, where there are pieces of corn but it’s inside a loose jello cake. It sounds weird, but tastes good.