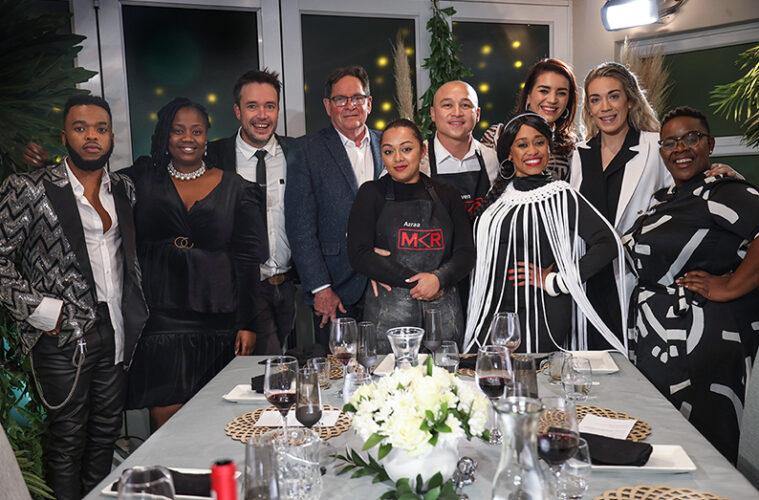 Having wowed the contestants and judges with flavour in their first two courses, Azraa & Waven were let down by a bland dessert at their Instant Restaurant on this week’s episode of My Kitchen Rules SA (Sunday 11 September, 18:00 on M-Net Channel 101), putting them three points behind Martin & Eddie in the quest for the R1 million prize. 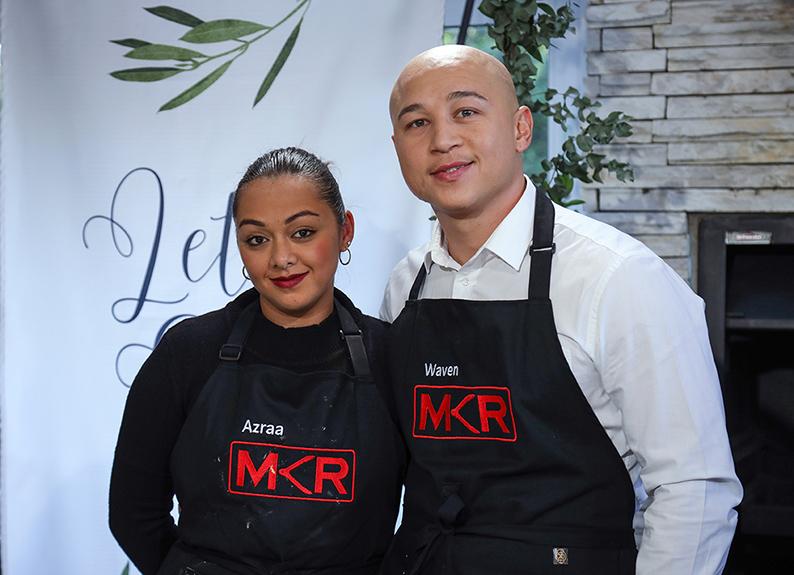 Having started their day with an energising workout, the high school sweethearts raced through their shopping and hit the kitchen to prepare their starter of Bobotie Phyllo Parcels, main of Cape Malay Prawn Curry with Butter Rotis and a Pineapple & Chilli Salad (with Butter Chicken for allergic Jessica and ‘creepy-crawly’ hater Mbali) and dessert of Citrus Bread & Butter pudding with Macadamia Nut Brittle).

Last week’s cooks Martin and Eddie took their place alongside the other contestants at the ‘Let’s Eat’ table to enjoy a Whiskey Sour welcome drink and await the judges’ arrival, with Azraa & Waven racing to prepare all the elements for their starter – and beyond. 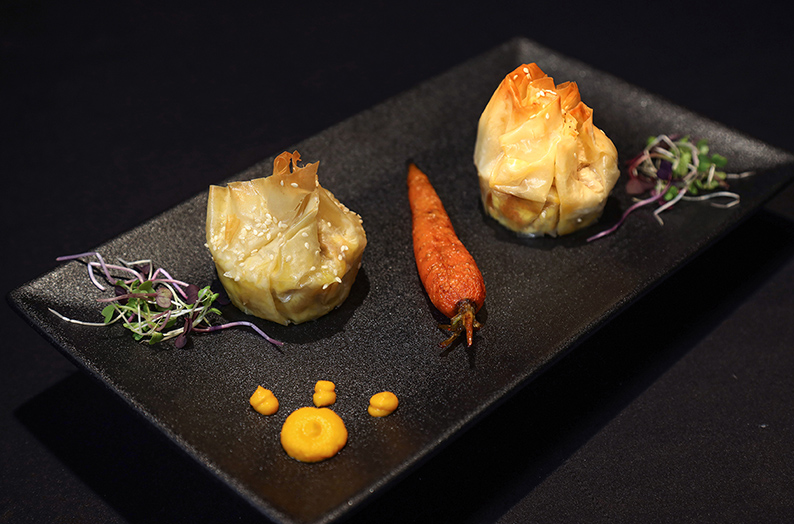 Judge David Higgs declared the bobotie portion ‘generous’ with a beautiful flavour and lovely balance of spices, praising their technique in producing a high-quality carrot purée. J’Something also commented on the size of the portion, but felt that the flavourful dish was a great home-cooked meal, cooked with a lot of love. Larcé called the portion size ‘scary’, Eddie said the dish was beautifully-spiced and Jessica said she remained a ‘bobotie-hater’, but felt the dish was the best bobotie she’d had.

Moving on to the main, J’Something found the roti a bit doughy – but couldn’t criticise any other elements, with the dish packed with flavour and bold colour. David said that the challenge with a vibrant-looking plate of food was whether the flavour would match – but that they had delivered. Mark and Jabu struggled with the heat of the dish – with Azraa admitting in the kitchen that it was incredibly spicy – while Nicole called it the best curry she’d had in a long time. 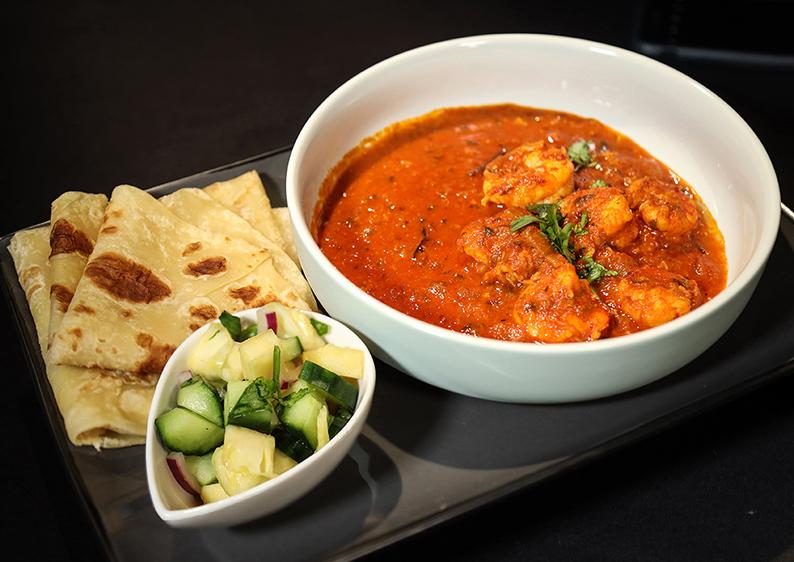 Expectations for dessert were high, thanks to Azraa’s day job running an online cake business – but sadly, the duo stumbled at the final hurdle. David said the proportion was a problem, with more custard needed to cover the hunk of bread & butter pudding. The custard had also split, where a silky custard would have served the dish better. J’Something said that they’d gotten shy with their flavours after two bold opening dishes. Larcé said she could taste the citrus in the custard, while partner Jabu didn’t – and Mbali didn’t enjoy the texture or mixture of flavours. 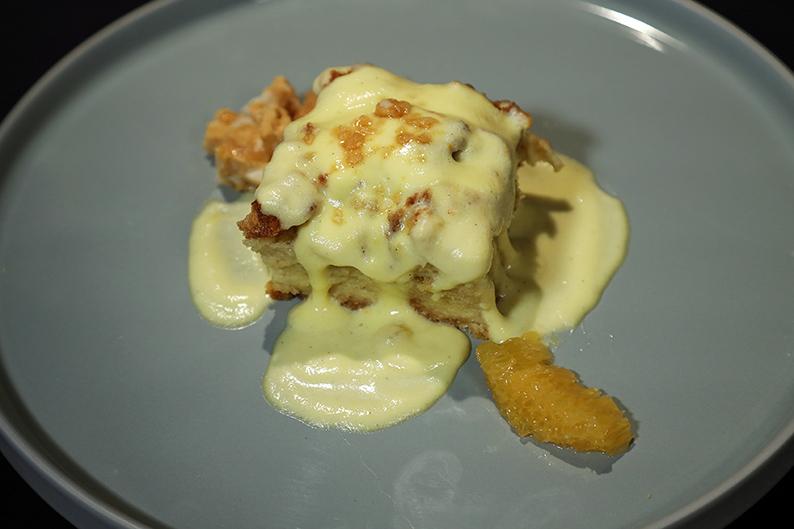 My Kitchen Rules SA is produced by Picture Tree and proudly sponsored by Nederburg. The series is available on DStv Premium on M-Net (Channel 101) every Sunday at 6pm from 4 September, as well as live-streamed on the DStv App, and is also available on DStv Catch Up after broadcast. Visit the M-Net Website for exclusive show content and join the conversation on Twitter, Instagram and Facebook, using #MKRSA.