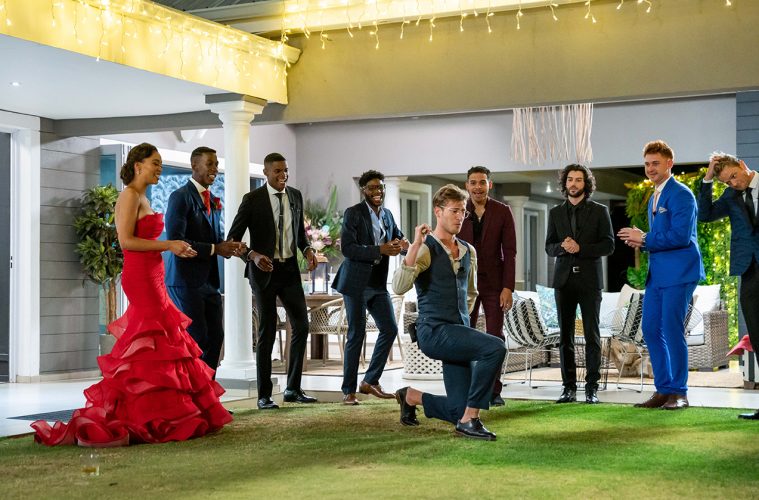 The drama never stopped on an event filled Bachelorette South Africa episode six. With twelve men left, the mansion is starting to resemble a pressure cooker as the stakes get higher.

The episode was filled with entertaining group games and awkward group dates that only added to the growing tension. Qiniso is a woman who knows what she wants, but she is beginning to show how this journey is affecting her, and the men needed to step up their game to show her that they are worth it.

To add a little bit more spice into the pressure cooker of a mansion,  the fabled “Wild Rose” has been introduced. 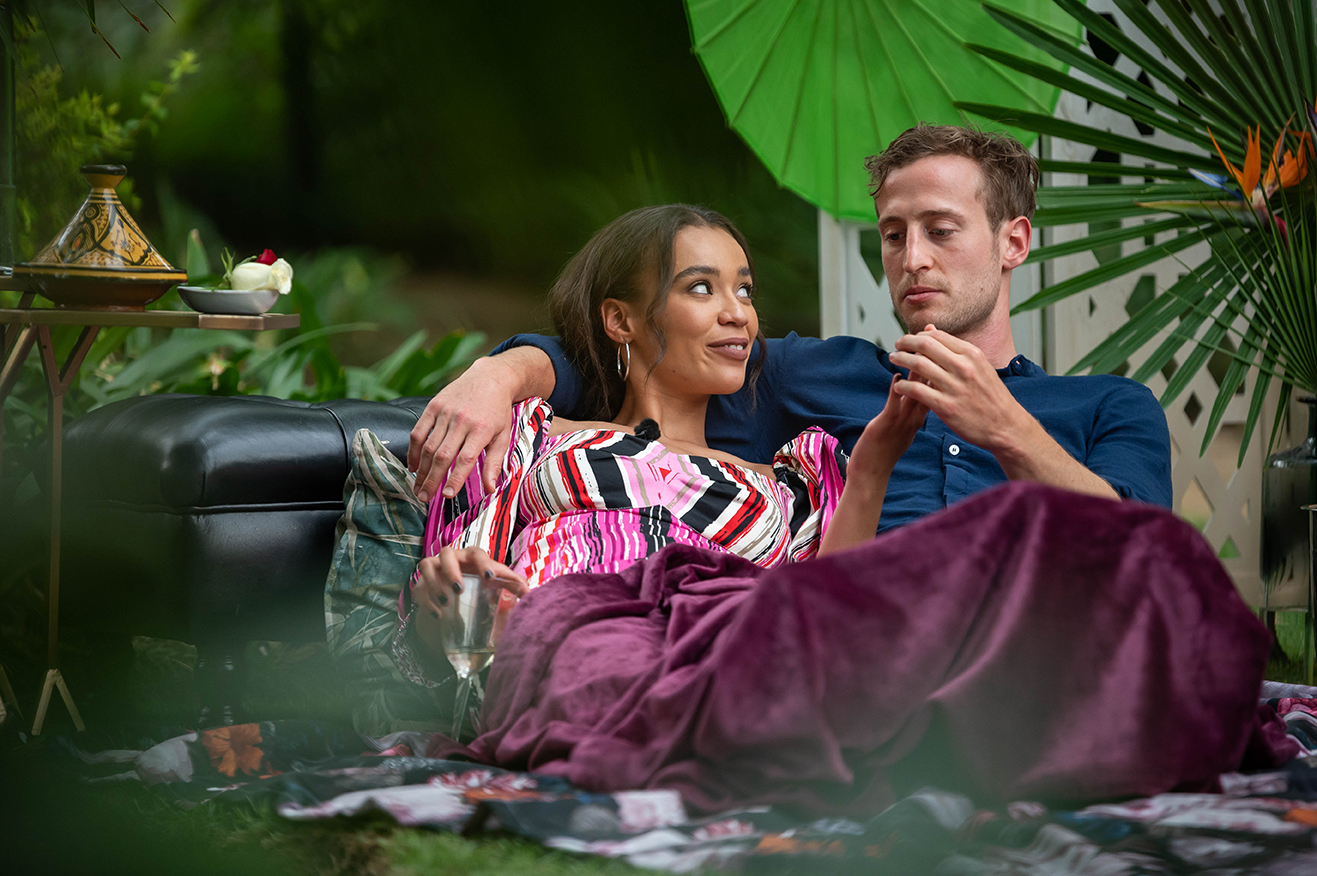 Dylan surprised everyone by getting a one-on-one date with Qiniso. They went on a tea and sushi date, which seemed to go well and they connected even further. Qiniso did make Dylan aware of her annoyance with Cameron and his pool antics at the previous cocktail party. Dylan then tried to explain himself, to the men’s relief, he did not receive a rose and told the men that he was “scolded”.

Something that came back to bite him. 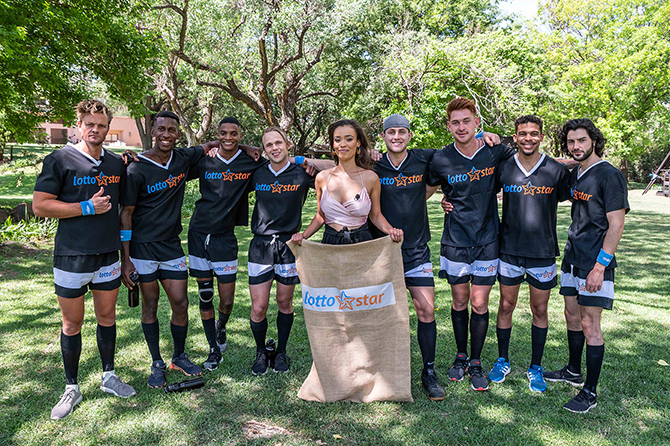 It was fun and games for Vuyani, Cameron, Ruan, Gareth, Aviwe, Keelan, Justin, and Henk (Swazi). Jason and Qiniso had set up a series of primary school games for the guys. The gents were split into two teams and had to compete in the sack race, the egg and spoon race, wheelbarrows, bobbing for apples, and the leapfrog.

The team of Vuyani, Gareth, Ruan and Keelan won a very close contest to go on a group date with Qiniso. 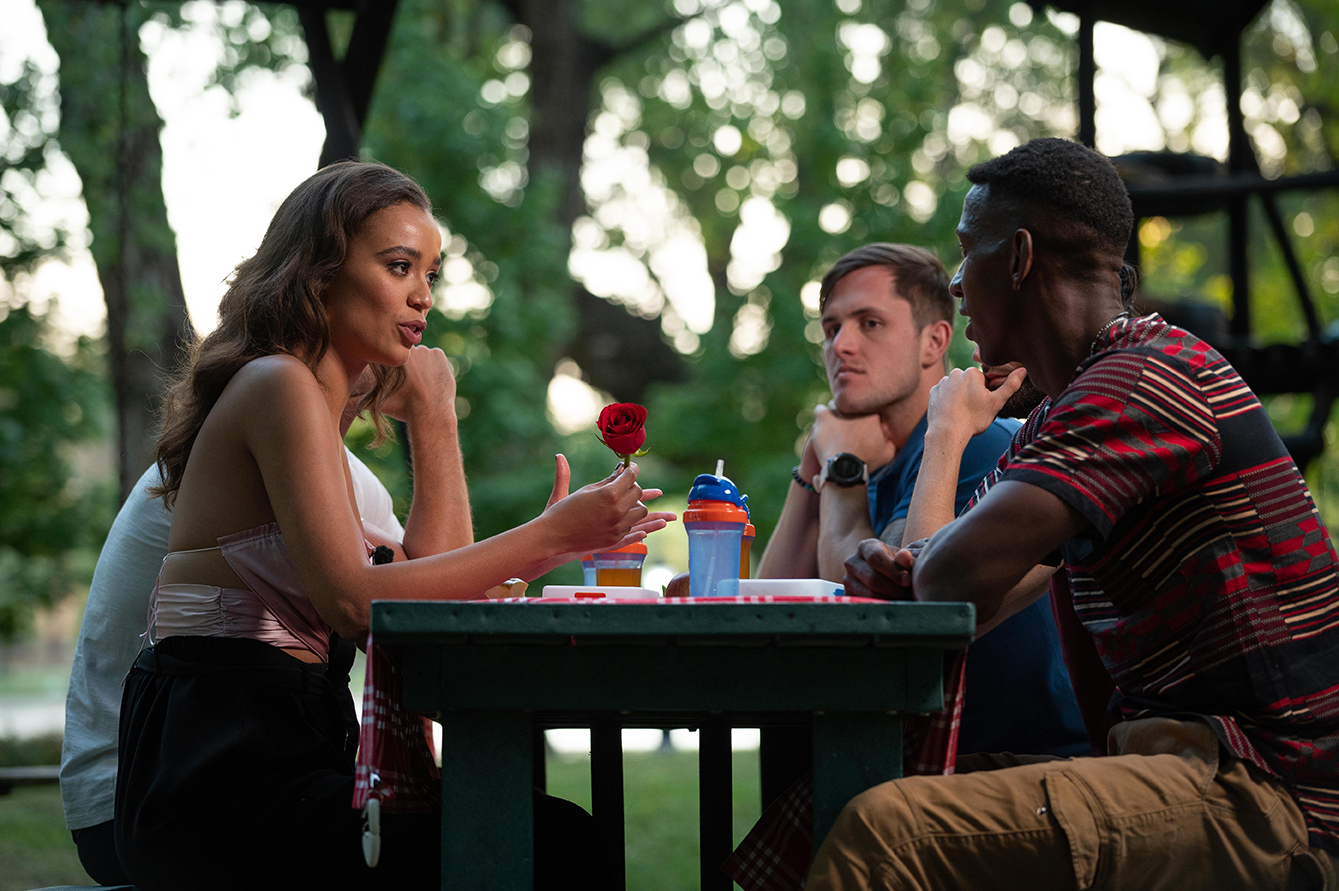 Vuyani, Gareth, Ruan and Keelan went on a group date with Qiniso, but things did not go as planned, as the mood was very sombre and low. And after Ruan tactlessly but not maliciously brought up that Dylan felt punished for his actions by not getting a rose, Qiniso broke down.

For the first time, the men saw how the stress of the process was affecting Q and it drove home how important it was for her and them. But there was a light at the end of the tunnel and Vunayi got a rose for being more open and showing growth, and they had a moment watching the sunset together. 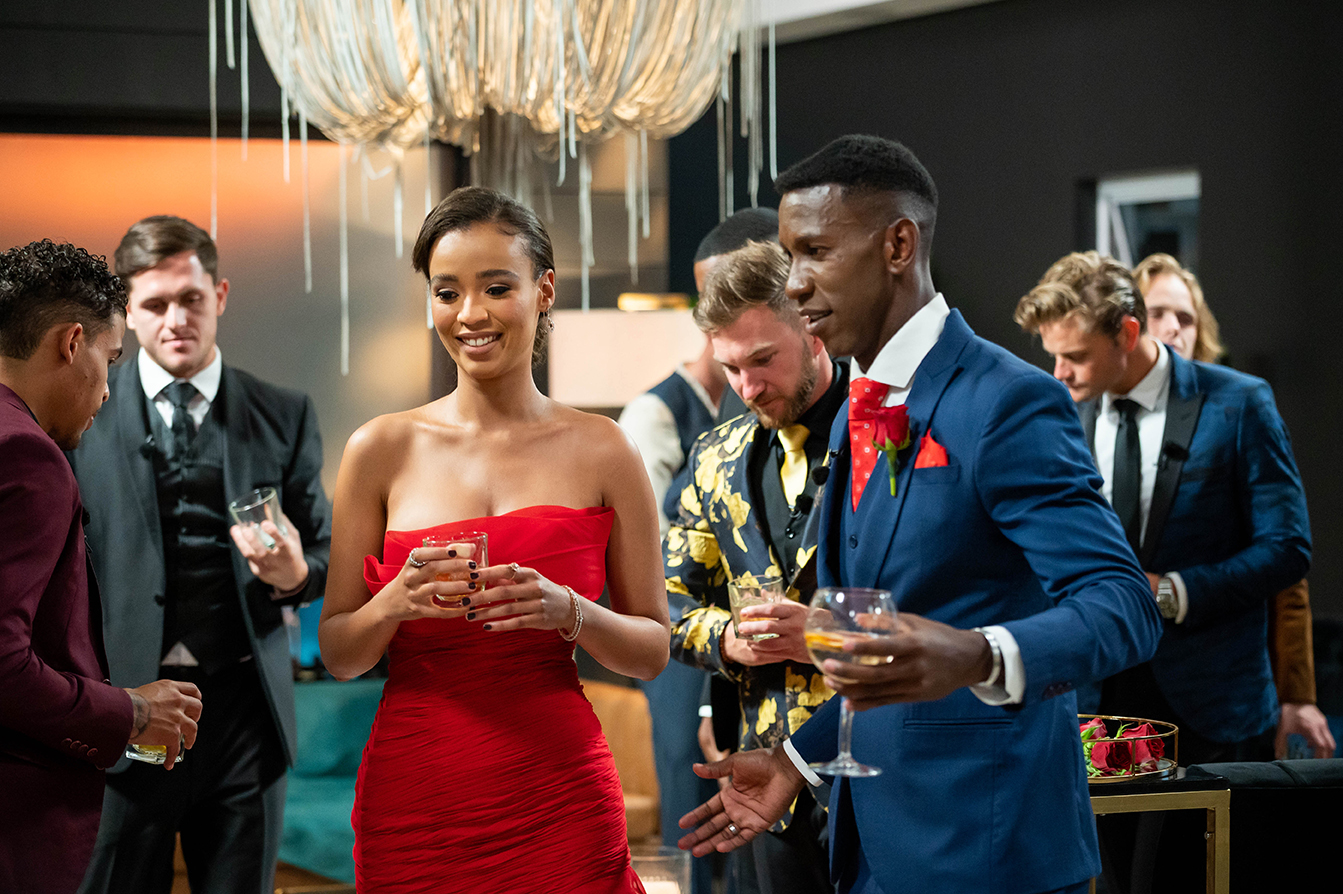 So much went down in this cocktail party. In the build-up to it, Peter was feeling vulnerable as he was not part of the group date, Keelan seems to be struggling with the process and Franco is still struggling to find time with South Africa’s queen.

The cocktail party started with a lot of tense energy in the air with so many men feeling unsafe. And this was made even worse with Jason introducing, “The Wild Rose”. Everyone seemed to sense that something was going to happen.

Kganya took Qiniso for some alone time but was interrupted by Peter during an intermit moment, this led to Kganya asking for a rushed kiss which led to a very awkward, but sweet kiss, in true Kganya fashion. Peter tries to reassure himself that things are fine with Qiniso, but he, unfortunately, didn’t do himself any favours.

Cameron expressed his remorse for his actions and that he understands Qiniso, and after Ruan told Qiniso what Dylan had said, Dylan pulled her aside to explain himself.

In the background of all this, Keelan was growing increasingly tense and paranoid making everyone worried for him and on edge, but to make matters worse, Swazi was pulled aside by Q who had then given him the Wild Rose.

The game is on, as the stakes grow higher in the mansion as no one left this week. However many of the men are not safe, as the blockbuster cocktail party spills over into episode seven.

Don’t miss an exciting episode seven (Thursday 25 March at 19:30) as sparks fly, characters are brought into question, trust is broken and people are sent home.