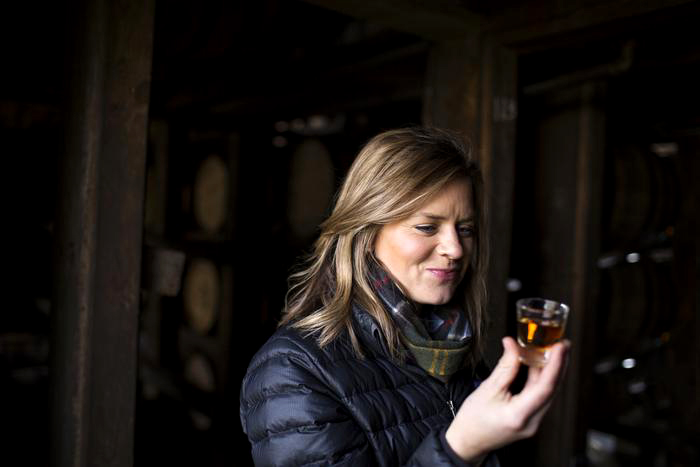 Bourbon is enjoying an upswing in the premium spirits market with the dispersing notion that the drink is favoured by men only. The question on everyone’s tongues is, are females fuelling the bourbon renaissance?

Global statistics from the Bourbon Women’s Association indicate that around 30% of bourbon drinkers are women, and the total number of women who drink bourbon increased about 50% between 2011 and 2014, compared to the early nineties when only about 15% of whiskey drinkers were female. Further reports from The Spirits Business Magazine said that worldwide sales of the American craft liquid have grown faster than any other distilled spirit in the past year, at a rate of about 7 percent.

Three prominent industry women; namely an international distiller, a renowned South African drinks writer, and a local mixologist give their opinions on the spirited rise of female bourbon drinkers. 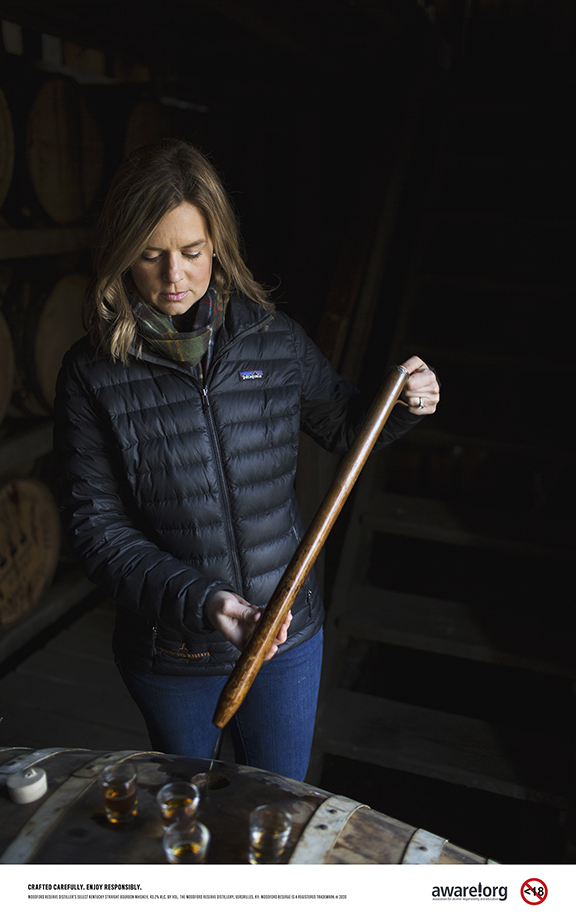 Elizabeth McCall is a second-generation bourbon maker and one of the youngest female distillers in the United States at the world’s oldest bourbon distillery, Woodford Reserve, who says that she believes that the taste is the main reason that women want in on it.

“Women are the future of bourbon but were also a big part of the past too,” McCall explains. “This long history of women in bourbon stems back to the eighteenth century where women were the first distillers before industrial distillers became popular.”

McCall adds that the notion of bourbon being an old man’s drink is due to it historically being marketed towards men, who over the years turned into ‘old men’. “It wasn’t socially acceptable for women to drink bourbon or alcohol in general, and if they did it was to be ‘dressed-up’ in a cocktail. Eventually, as bourbon fell out of fashion and lighter spirits began to trend, bourbon became thought of as the old man’s drink. We are changing that perception.” 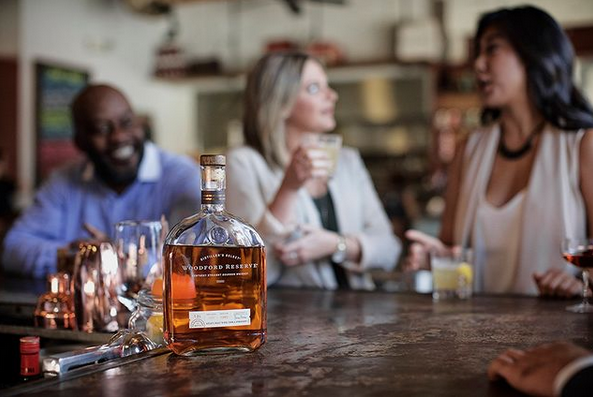 Female buying power and interest in drinking a spirit that has flavour are fuelling bourbon’s popularity, she explains. “Coupled with this, women see women working in the industry and drinking bourbon and they become interested to try it, once you taste a delicious bourbon it’s hard to go back to drinking anything else.”

McCall explains that bourbon has something to offer every whiskey palate; from bold grain and wood to sweet aromatics, spicy, fruit and floral notes. “Bourbons, and particularly Woodford Reserve, has a wonderful complexity of flavour and character with over 200 flavour notes which delights and wows the senses.”

Cassandra Eichhoff, Mixologist and Director at the European Bartender School in Cape Town believes the drinking culture has drastically changed over the last few years. “More and more women are drinking bourbon because of the exponential growth of females filling different positions in the industry, especially in the bourbon category.” 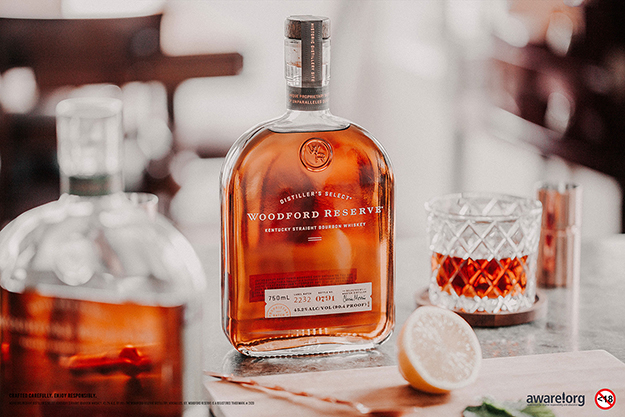 “These female lead positions, from distillers to master blenders, ambassadors and bartenders come with a vital duty to educate consumers about the category and more specifically, how to sip good quality bourbon,” she explains. “With bourbon, a particular stand-out for me is that it is distinctly different from any other whiskey – it’s a bit feisty, yet playful and easy to drink and mix.”

“The category itself is expanding with more people exploring different types of whiskies, such as American whiskies,” Eichhoff says. “Thanks to platforms such as the US Distilled Spirits Council, bartenders are being given the opportunity to provide a gateway through mixology to showcase the beauty of Bourbon.”

“Mixology has been a gateway for more people to try Bourbon, especially if they thought drinking it neat might be too strong,” says Eichhoff. “It’s quite diverse when it comes to the different styles of drinks that you can mix with it, from long refreshing highballs to shorter mixed drinks as well as the re-emergence of classic cocktails such as the Old Fashioned, and Boulevardier.”

Leah van Deventer who is a multifaceted spirits professional, leading cocktail-and-spirits writer and a regular competition judge for both cocktails and spirits, believes that more and more women are drinking bourbon because in general people are getting more comfortable discarding gender stereotypes.

“For example, in the past, a man may have felt awkward ordering a sweet, fizzy drink – believing somehow it emasculated him but now they’re more comfortable drinking whatever they want,” she says. “The same goes for women and bourbon – we’re no longer held back by societal expectations.”

“Recent reports from a number of industry analysts indicate that more women are enjoying whiskey,” McCall adds. “These reports reveal that the growth in the bourbon category is booming thanks to an enthusiastic demand from consumers in every income bracket aged 40 and under, in some global trend reports it’s been shown that two-fifths of bourbon drinkers are women.” 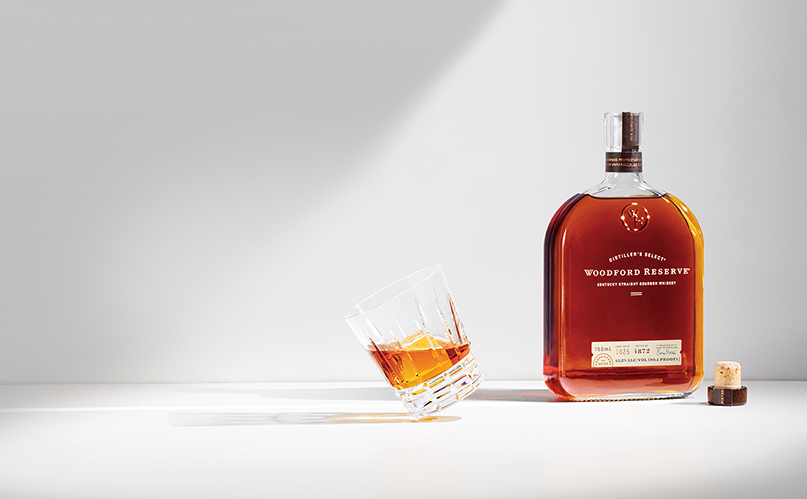 The experts explain how you can taste Bourbon

“I recommend trying as many bourbons as you can,” McCall says. “As a distiller, I would usually insist you drink it ‘any way you like it but I prefer it neat or on the rocks, but there are some recommended ways to best appreciate the art of distilling bourbon:”

Van Deventer says that she loves bourbon because of its balance, the sweet vanilla profile contrasted with the kick of a good spirit. “I like to drink it neat but also love it in an Old-Fashioned, Bourbon Sours and a Boulevardier.”

“I always try to encourage people to drink spirits however they want, but if you catch me at a bar, I’ll always be down for Whiskey Sours,” adds Eichhoff. “And if you are feeling extra adventurous, try out a Pickle Back!”

“Essentially bourbon is in a class of its own within the whiskey empire and it is encouraging to see it gaining greater recognition amongst female drinkers,” McCall says. “Bourbon is all about flavour and complexity and if you like something fruity, floral and bold you will really enjoy the Woodford Reserve Distiller’s Select with two-hundred flavour notes it has a taste allure, which comprises vanilla, caramel, cinnamon, nutmeg, cherries and dates which add to a taste allure that is truly unique.”