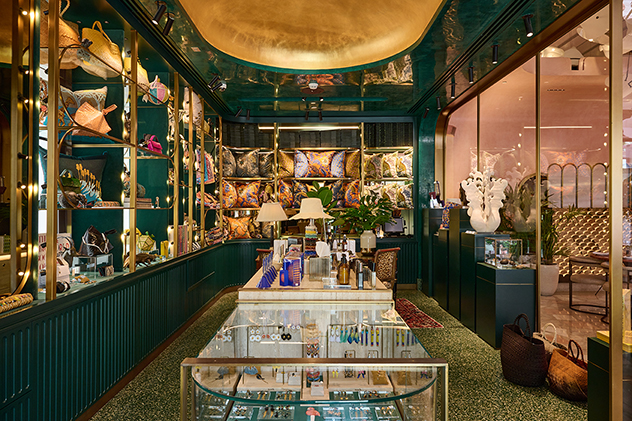 New brand concepts added to the Group, as well as plans to open in Dubai, Saudi Arabia and London

Tashas Group has announced a significant move to expand internationally. The expansion will see the hospitality chain, founded in South Africa, grow both its brand portfolio and global footprint. The Group will be adding new locations in South Africa, Dubai, Saudi Arabia, and London (UK).

“Since buying back the Group from Famous Brands in 2019, we have been moving forward both locally, and on the international hospitality scene,” says Natasha Sideris, founder and Managing Director. “We have now reached the point where we are able to make significant strides in our expansion plans.”

Founded by Natasha Sideris and her brother Savva, Tashas Group is one of South Africa’s most successful hospitality companies. Over the past 17 years, the company has grown from one restaurant in Atholl to 15 in South Africa and nine in the United Arab Emirates (UAE). Under its umbrella it houses five distinct restaurant concepts – tashas, Flamingo Room by tashas, Avli by tashas, Le Parc by tashas and Galaxy Bar. The company has also recently entered into joint venture agreements to expand the footprints of Collective Africa and 1701, both started in South Africa with growing reach into the Middle East.

Over the next six to 12 months, the Group will be opening a further six locations and adding new concepts to their portfolio. The openings include:

Flamingo Room by tashas: opening in Saudi Arabia in Q4 2022 and Abu Dhabi at the beginning of 2023 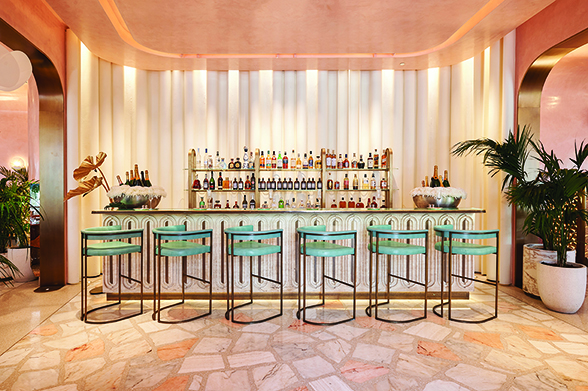 Flamingo Room by tashas first opened its doors in 2017 in Dubai. “Flamingo Room is the ultimate expression of my South African roots and the epitome of old school dining with a contemporary twist. After its major success in Dubai, we think it is time to expand and widen our horizons across the region and hopefully globally,” says Natasha.

Bringing exclusive new concepts curated specifically for the Kingdom of Saudi Arabia, Flamingo Room by tashas is scheduled to open its doors to Saudi’s most prominent clientele in Q4 2022. The new venue will be sitting in the heart of Riyadh within the buzzing neighbourhood of Diriyah, Saudi Arabia’s foremost historic and cultural city, in the Bujairi Terrace, nestled on the banks of the Wadi Hanifah riverbed.

The restaurant will be a three-storey building, inspired by indigenous Najd architecture, and will house four unique and distinct concepts; Flamingo Room by tashas, the African Lounge – an exclusive new concept with a décor that draws inspiration from the wilds of Africa, and the Stargaze Garden – an elaborate, al fresco dining space offering breath-taking views of the wadi-, complemented by luxe retail venue, Collective Africa.

As for Abu Dhabi, the UAE’s rich and vibrant capital, the launch is scheduled for Q1 2023. The new venue will be opening its doors at the luxurious retail and commerce centre, the Galleria on Al Maryah Island, known for adopting the clientele’s finest and most loved F&B concepts. This location will also include Afrouge – a must-visit exclusive bar providing an exceptional ambiance for visitors and setting new mixology standards for the city’s most discerning clientele – as well as Collective Africa for an incredible retail offering.

Bungalo34: a new concept to be located at the Pearl Jumeirah in Dubai opening in Q4 2023

Inspired by the rivieras of Greece, France and Italy, this restaurant is where 70’s glamour meets beachside chic. Open from breakfast through to dinner, the menu will feature fresh fish, delicious pastas and beautiful salads. Located on one of the surfing beaches in Dubai, it promises great food and effortless style by the seaside.

Le Parc – plans to roll-out the concept in further locations 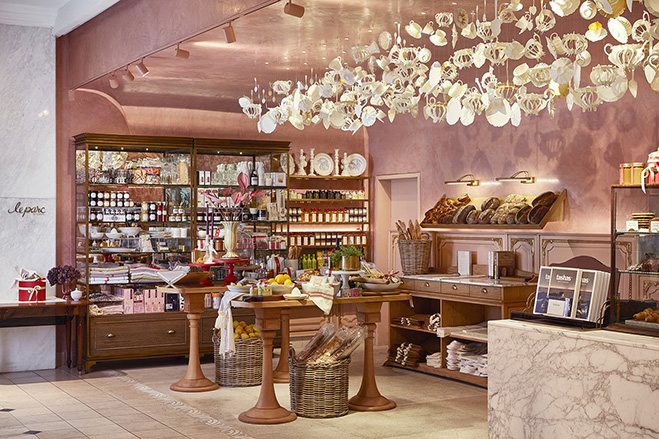 Le Parc is a one-of-a-kind food and retail emporium. The first one opened in Hyde Park Mall in Johannesburg in 2021, aligning to the Group’s international format stores, Le Parc by tashas bridges the gap in the local South African portfolio of Tasha Group brands. Developed in Dubai from a conceptual point of view and brought to life in South Africa. The group is currently in discussion to open its second location in the UAE.

The group intends to roll this concept out to major metropolitan markets internationally.

Nala is another brainchild of Natasha’s. Taking the Group’s experience and expertise in creating “beautiful food, stunning environments with engaging service, she is creating a new category which they are calling “luxury fast food”. While the first one will launch in Dubai, it is distinctly influenced by Africa. The concept will offer freshly prepared meals using natural ingredients that are sustainably sourced and feature unique, unexpected flavours and dishes inspired by African and Middle Eastern cultures.

tashas – expansion into the UK and other markets

tashas has already become a mainstay in South Africa and in the UAE. Offering fresh food on order, in beautiful spaces with wonderful service is a formula that has worked and one that the Group plans to roll out in other countries. tashas will open in Lynnwood Bridge in Pretoria later this year and the next stop will be in London where the team is close to finalizing details on its first location after which the intention will be to roll out more. 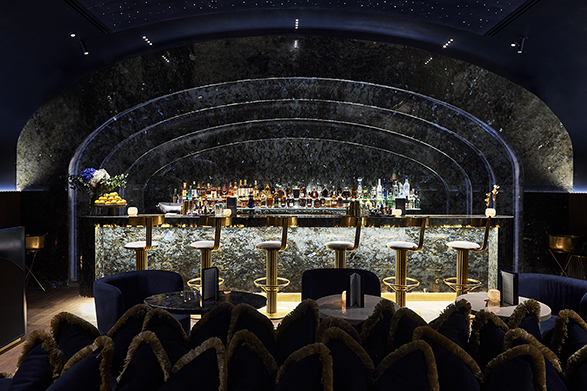 “Key to our expansion has been ensuring that the heart and soul of our birthplace and foundation – South Africa – is taken to the world,” explains Natasha. “And for this, our people are intrinsic. Not only are we using the South African artists and artisans who have worked with us in SA to build our global stores, but also our own staff. A number of our team members from South Africa are being transferred to international locations in the interests of job creation, skills development and furtherment of their careers.”

Each of the Group’s concepts have already received high international praise and recognition. Avli by tashas has recently been featured in the inaugural Michelin Guide for the UAE and Galaxy Bar, one of Dubai’s most sought-after late-night lounge experiences, was named one of the top 50 bars in the world by World’s 50 Best. It is also the world’s first signature Metaxa cocktail bar.

“Our intention by the expansion is to create career and growth opportunities both in SA and abroad for local artisans and the hospitality industry,” Savva adds. “It’s the start of a bigger global journey for a brand that Natasha and I are incredibly proud of.”