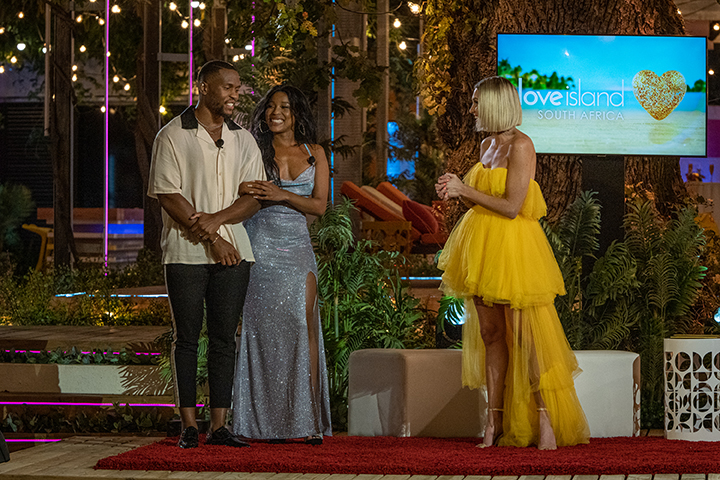 In the epic grand finale of M-Net’s popular reality dating series, Love Island SA, South Africa’s favourties Thimna and Libho or better known as “Limna” became the winners of the very first season of the show. The Eastern Cape based couple garnered the most viewer votes with over 53% in vote share, from a total of over 1.6 million votes received in the finale round. As part of their win, #TeamLimna takes home the whopping R1 million cash prize, which the couple opted to split.

In second place from the remaining final couples are Millie Terblanche and Asad Boomgaard with over 30% in vote share, followed by Mischka Najar and Xavier Haupt with over 12% and finally Ross Marshall and Tania Kera in fourth place with just over 2% in vote share. 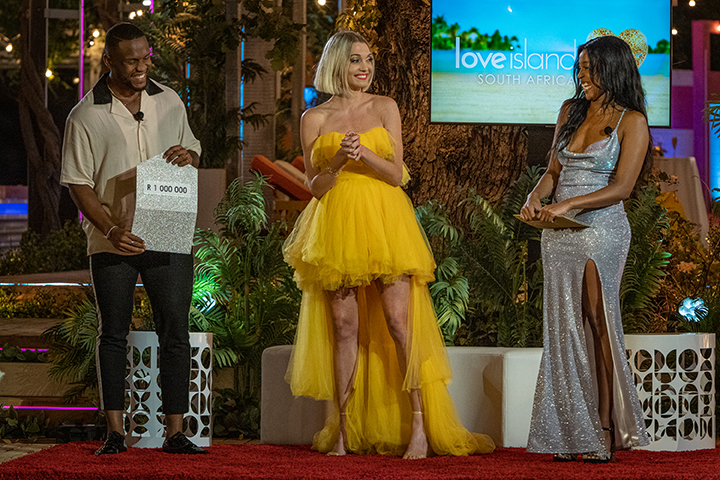 Student-athlete and freelance model Libho (23), who hails from King Williams Town in the Eastern Cape, said that the win was “completely overwhelming”. “I feel great, to be honest, it hasn’t sunk in yet. But my biggest prize is being able to call Thimna my girlfriend, so everything else feels like the icing on the cake.” Confident and charismatic Mossel Bay-born, Thimna (26), was appreciative to the viewers for their support in their Love Island SA journey. “I am so grateful to everyone who voted for Libho and I. My experience has been such an eye-opener. I realised so many things – good and bad – and I am so grateful for the lessons.”

After being announced as the winners, host Leandie du Randt asked both Libho and Thimna to select an envelope – which would reveal who gets the R1 million – and ultimately, if they would choose money or love. Libho ended up with the envelope containing the prize money and opted to share his winnings with Thimna and to pursue real love. “I am here for love and chose to split the money with her. I have no regrets because I ended up with the love of my life so I wouldn’t change a thing,” the student-athlete and freelance model said. 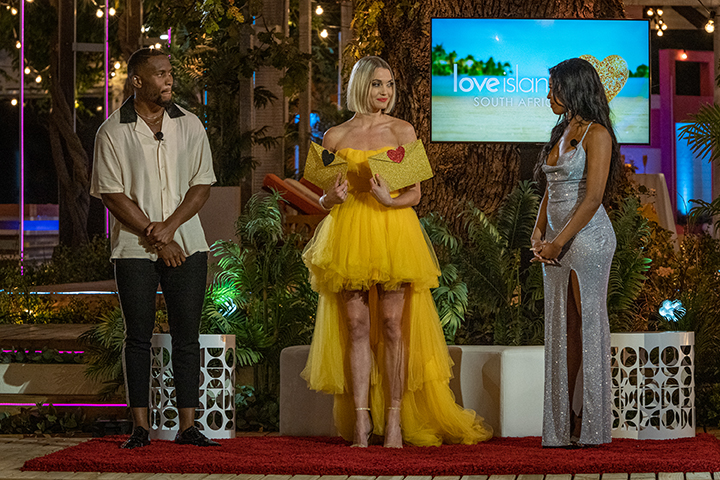 The vote count and ranking of contestants was independently re-calculated by Deloitte & Touche based on the votes received and the voting rules. The re-calculated results were confirmed against the voting results determined by and provided by M-Net.

While the Islanders’ pursuit for love in the villa is now over, viewers can still watch the show on DStv Catch-Up until 10 May 2021.