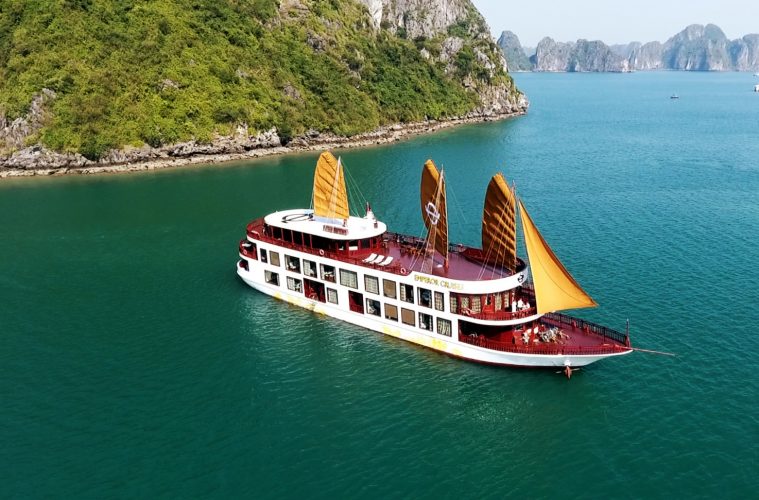 Imagine yourself cruising along the emerald waters of Halong Bay, witnessing its magnificent views, towering limestone formations, and the jaw-dropping landscapes that were formed over a span of billions of years by mother nature all whilst sipping cocktails by the sundeck and enjoying the company of your loved ones. That, and getting whatever it is that you want just by ordering from your own personal butler on board, and the feeling of ultimate privacy that you’ve been longing for the longest time after working so hard for so many years; yes, it does sound like a dream. But for some people, it is the reality.

The grand vision being conceived out of a childhood experience, Emperor Cruises’ founder Pham Manh Ha, has long dreamt of making his goal of bringing his countrymen and foreign visitors on a journey of a lifetime showcasing the true beauty of Vietnam through cruising a reality and a success. Its first launching held in Nha Trang in 2015, Emperor Cruises paved the way in spearheading an industry and innovation that has never been done before in the country, not only pioneering in the destination and the all-inclusive concept for luxury cruising, but also using the story of Vietnam’s last emperor as his main inspiration for the project.

The Story Behind Vietnam’s Last Empire

Emperor Bao Dai, for those who are not familiar with his life story, is the 13th and last reigning king of Imperial Vietnam. Ruling for 13 short years, the Hue-born royalty had served the country throughout his younger years as Emperor of Annam, an advisor to President Ho Chi Minh, and as Chief of State of Vietnam. Thus, impacting the lives of the local people for generations until his exile, death, and burial in Paris, France in 1997. 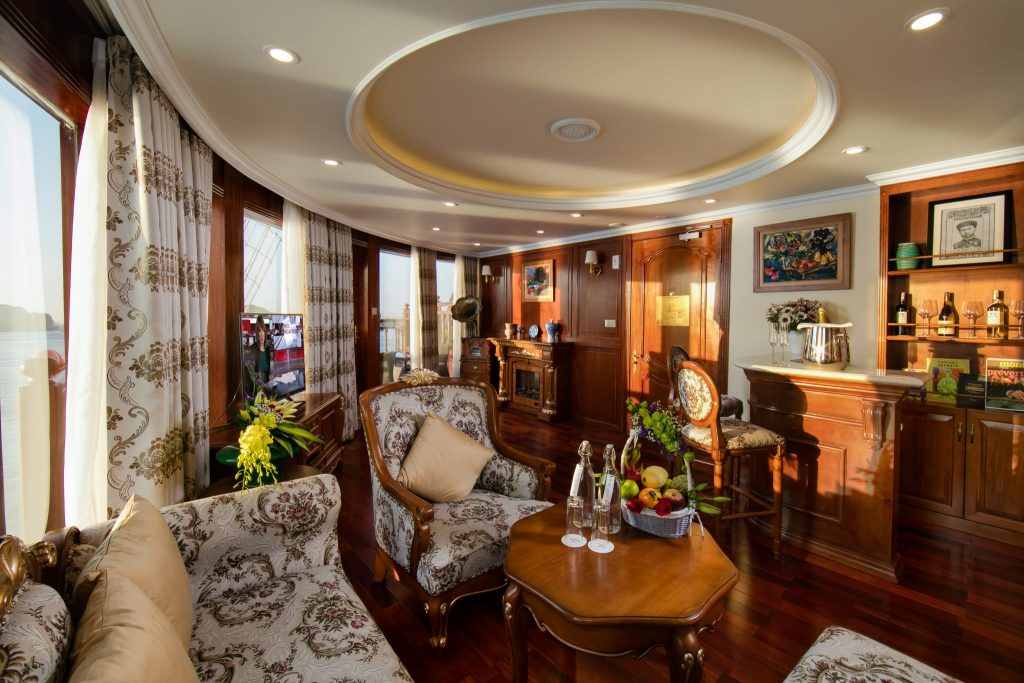 Using the life of the late emperor as its core inspiration, Emperor Cruises in Halong Bay has yet again brought luxury cruising to the next level by introducing the destination’s first all-inclusive service (where everything is included in one price), 8 en-suite spacious cabins with panoramic windows and private balconies, an exclusive art gallery of famous Vietnamese artist Pham Luc, and 24-hour room service that ensures the utmost solitude of its guests.

A taste of Vietnamese Fine Art

Representing the full essence of culture, traditions, family, beauty, patriotism, of hope, and of love, the best works of painter and world-renown Vietnamese artist Pham Luc are elegantly displayed inside the Emperor Cruises’ junk boats in both Nha Trang Bay and Bai Tu Long Bay. Matching the concept of the lavish life that the late emperor has lived during his years as the last monarchy, Pham Luc’s works are considered the most relevant representations of Vietnamese fine art and history. 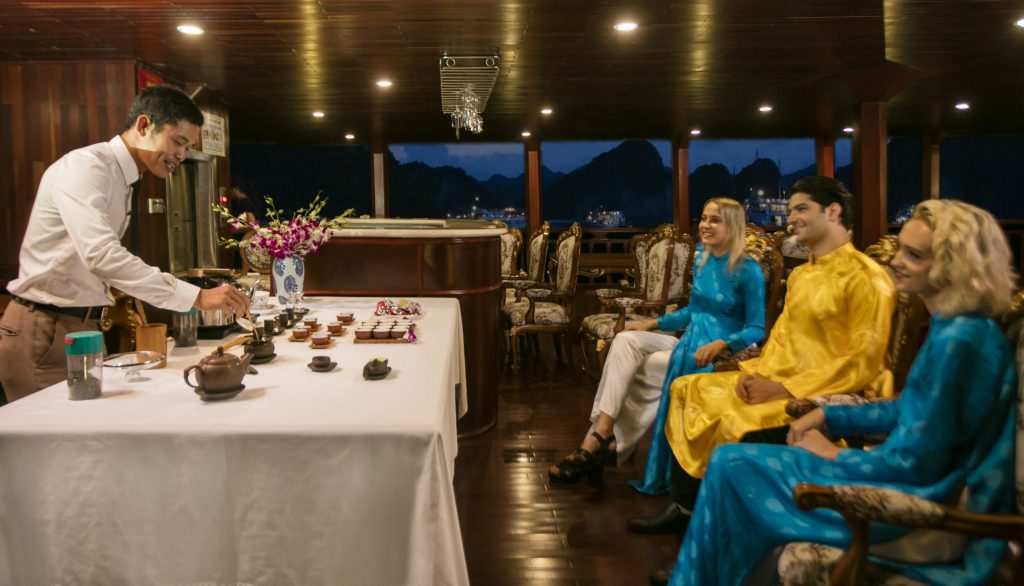 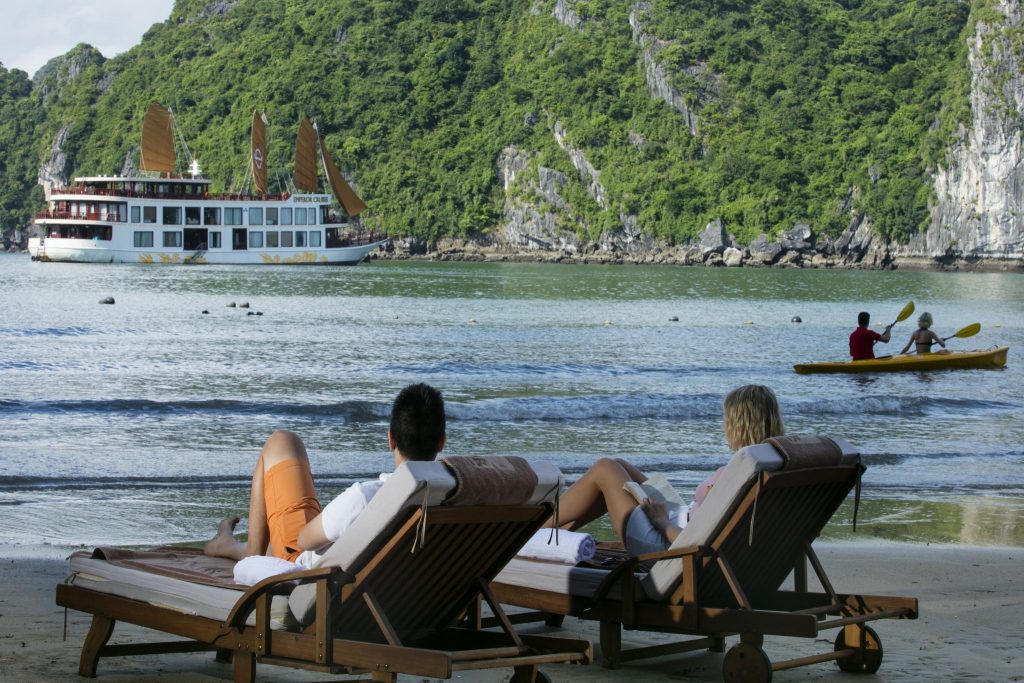 “Luxury is personal and experiential,” says Pham Manh Ha in conclusion to what message he wants to convey to all the followers and patrons of Emperor Cruises. For both the experienced and the less experienced travelers, the boat itself is a discovery that’s waiting to be revealed. With each room and corner having a story to tell, each painting having a narrative to communicate eloquently, one thing summarizes the feeling from the moment you walk in and the the second you finish the program, that sense of being treated like a true emperor.