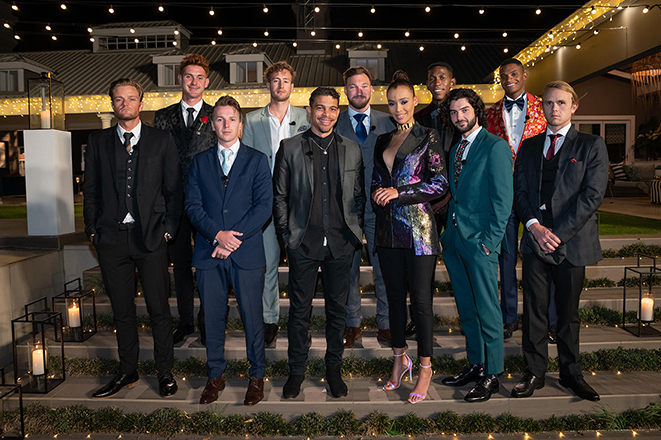 Not one, not two, but three men left in episode seven

The drama came thick and fast as the episode continued from the events of episode six. There were fireworks, jealousy, paintball, tough decisions and multiple exits from the mansion. 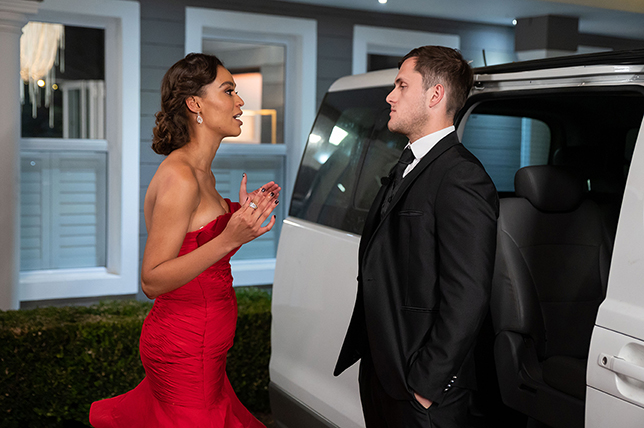 Episode seven exploded into life as Keelan took Qiniso aside at the cocktail party to talk about his headspace. This turned into him telling her that he was not in a good mental space, and needed to work things out… off the show.

This struck Q very deeply and she asked Keelan to leave as soon as possible. It was something that all the men saw coming as they could see he was not ok, and consoled him on his exit. But not everyone thought that Keelan’s decision was brave, as some thought it was selfish and callous.

This was soon followed by the rose ceremony which saw the second exit of the night in Kganya. The man whose smile always lit a room was going home, was it the awkward kiss, or did Qinisao not feel anything deeper for him? Kganya left with grace and poise as he wished South Africa’s bachelorette well, and hoped that she finds the man for her. 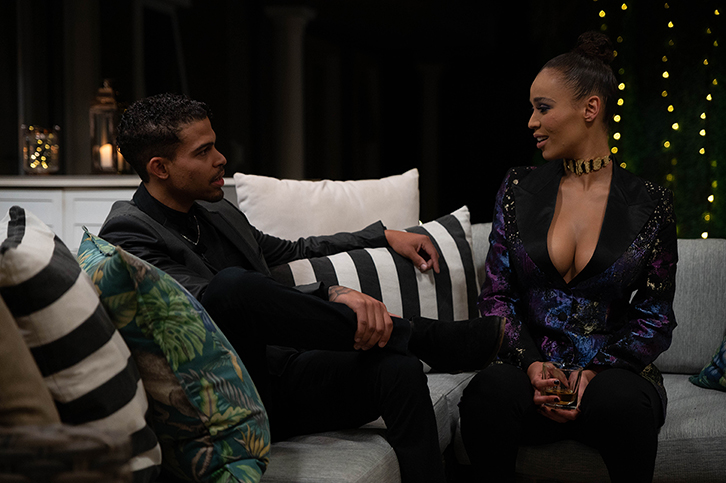 Not having real one-on-one time yet, Qiniso took Justin for a morning date, to get to know him better. They really hit it off and Justin won her over by opening up about himself and his inner geek. He then proceeded to be the ultimate gentleman when he gave her his jacket on a cold morning.

The Wild Rose comes into play 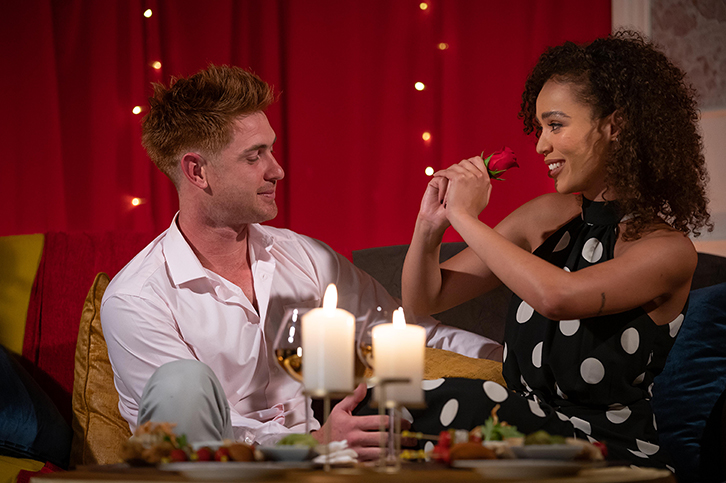 But don’t be mistaken, the storm was not over yet as the tension mounted when Henk (Swazi) said he would use his Wild Rose as soon as possible to get it out of the way. But who was the victim; unfortunately it was Franco who got his first one-on-one date. Everyone wanted him to go on it, but Henk had made his decision and used his Wild Rose and took the date away from Franco.

Henk’s date went extremely well and he and Qiniso established a great bond. They spoke about family, obligation, and past relationships. Henk answered as honestly as he could, and it was this honesty that earned him another rose. 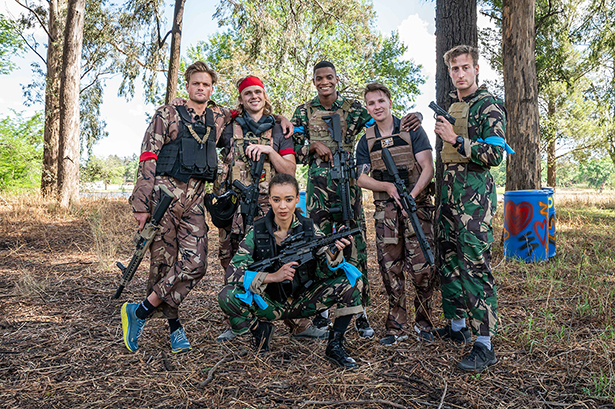 This was an intense battle that was fought by Gareth, Franco and Cameron (red team) versus Dylan Aviwe and Qiniso (blue team). It was a fierce contest and at one point Qiniso was shot in the head by Cameron, she spent the rest of the game seeking her revenge. In the end, it was a draw, but Qiniso took Franco aside and led him to a spot where she had his box that he gave her, in the first episode. He told her to open it when there were ten guys left. In the box was a simple but beautiful love letter that touched her. 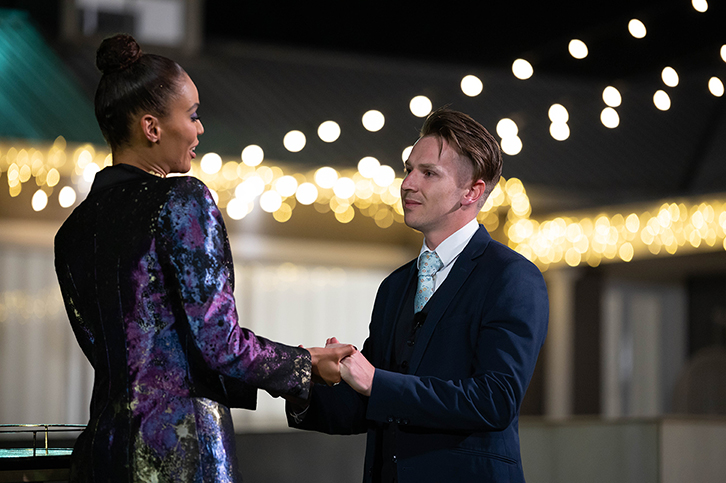 It was a party filled with digs, kisses, surprises and jealousy. One of the highlights of the cocktail party was the men’s “top five” conversation. Henk, Justin, Cameron and Peter discussed their top five, and Peter became very irritated when he discovered that he was not on any of their lists.

At different stages of the night, Gareth and Vuyani had conversations with Qiniso and seemed to cement their places in the mansion for the night, but the biggest surprise was Aviwe.

Qiniso pulled Aviwe aside and made him work out a calculation. The answer was the combination to a safe in which she had his wallet that he gave to her, and a gift for him; a bracelet with his initials on it. It was a stunning gift that left some of the men jealous, including Peter who pasted a few remarks.

It was time for the rose ceremony and after a lot of tension and speculation, it was down to Gareth, Cameron, Vuyani and Franco. All of them had made great impressions in episode six and seven, so who was going home. Unfortunately, it was Franco, and one wonders if Henk taking his date, cost him a place in the mansion for another week.

It was a strong reminder that no one was safe, and that every decision Qiniso makes from now on is hard and important, and that the nine men left, all have the potential to go home.