Everyone who knows me, will hopefully testify to how much I love South Africa – and more importantly sharing her with others. This was part of the reason for me developing and growing my social media presence, but also why I got my certification as a tour guide. As part of my training, we learned about the 8 UNESCO world heritage sites in South Africa. I hadn’t heard of many of them before, and most people I asked were similarly clueless. After a conversation with a Richard, a friend who runs the Instagram_sa account, we decided to launch several road trips around the country visiting these sites in September – both Heritage and Tourism month in South Africa.

We encouraged people around the country to enter photographs featuring South African Heritage, and we would then select 20 of them to participate in the road trips. We had over 300 entries! I lead the trip from Cape Town, and my choice was to explore more of the Cape Floristic Kingdom, one of our local UNESCO sites. 5 of us embarked on an unforgettable journey of taking in some of the splendor that is the Western Cape. 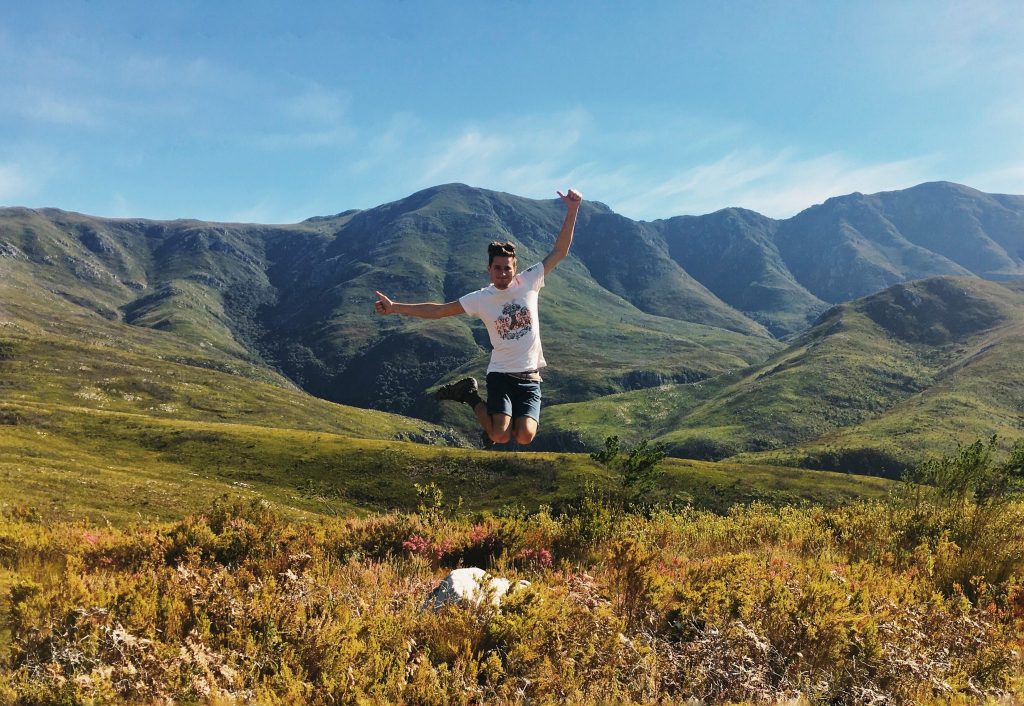 Grootvadersbosch is situated in the Overberg region, off the East Coast of the Western Cape, and it was the first of the Cape Floristic Kingdom sites to be visited on the trip. The reserve is particularly famous for its colourful winter and spring blooms, with many nature enthusiasts and hikers coming out to explore and witness the Cape’s natural beauty. What makes Grootvadersbosch unique is that it contains the largest Afromontane forest in the Western Cape. It’s also a natural habitat for various wildlife, with over 1000 species of fynbos and up to 35 species of forest tree species that are found nowhere else in the world.

Various hiking trails in the reserve offer first-hand experiences of the fauna and flora. We were able to spot darting bushbuck, a troop of baboons and various bird species in the forest and mountain. The mountains are littered with deep purple Erica Hirtifloras and bright yellow fynbos making a beautiful natural canvas with a sweet aroma – a springtime phenomenon we were lucky enough to experience. 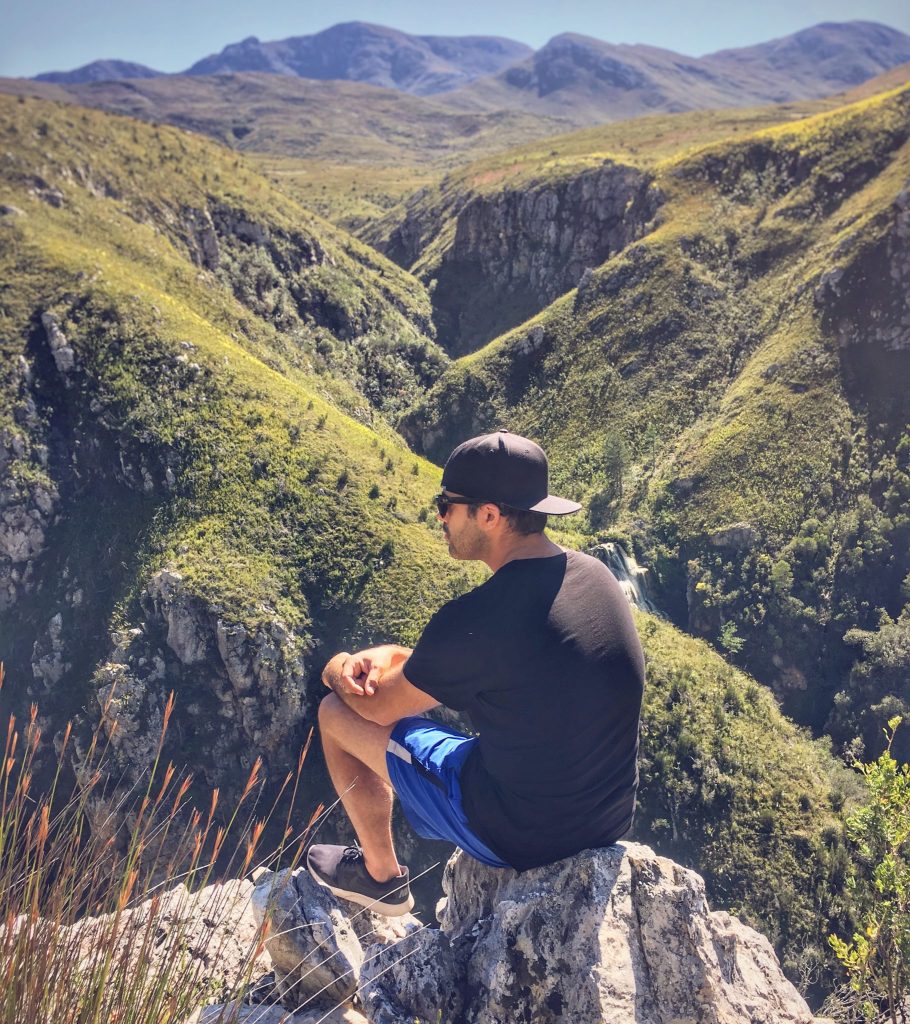 The Bosmansbos trail offers a 2-day hike into the wilderness through a mountain gorge with a magnificent gushing waterfall. Even if you don’t do the full trail, it’s still worth exploring to take in some of the amazing views of the valley. The forest also offers a more tranquil hike among the shady trees and has a completely different natural environment from the mountain. The forest has over 196 bird species, a tree-top lookout, and deep green fern-strewn paths. There is also a smaller waterfall on the Bushbuck trail which serves as a great place for picnics and relaxing – we couldn’t resist sitting alongside the waterfall with a bottle of champagne, as one of the dusky evenings slowly gave way to night.

The accommodation at Grootvadersbosch is comfortable and well furnished, with fully-equipped kitchens and braai facilities. The inside fire-place kept us warm whilst we sifted through the day’s photos, and later learned to play the game Bananagrams! The clean and open sky also allows for some great star-gazing and astrophotography of the Milky Way. Grootvadersbosch Nature Reserve is a must for nature lovers to experience the very best of the Cape’s floral kingdom and biodiversity. 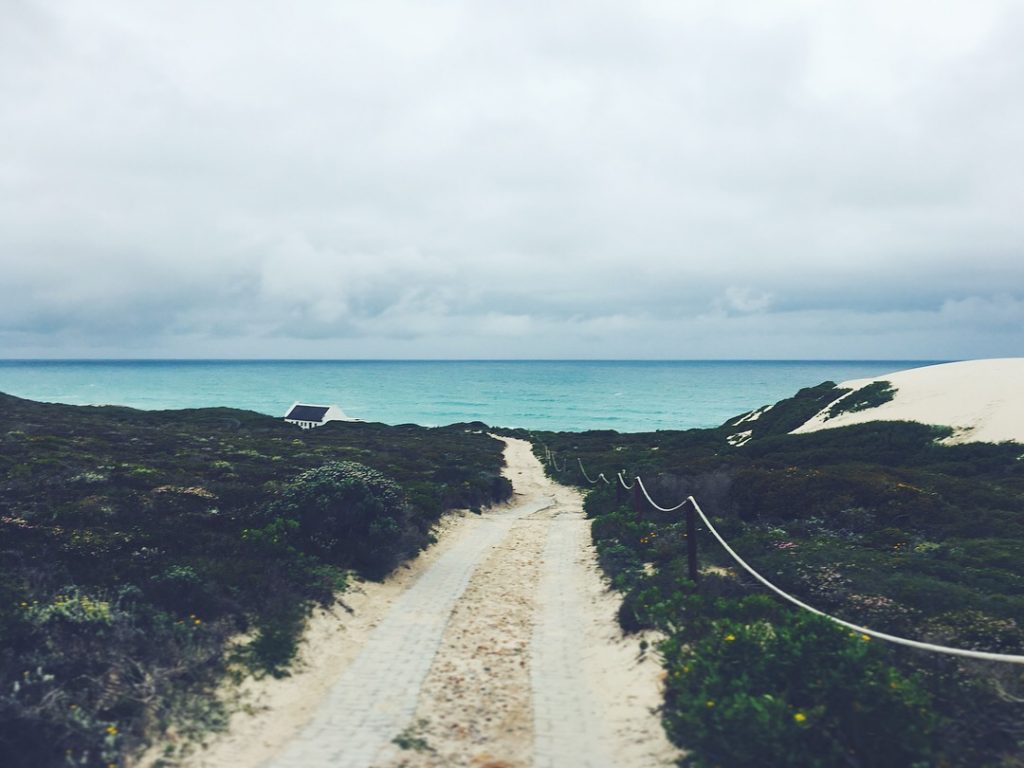 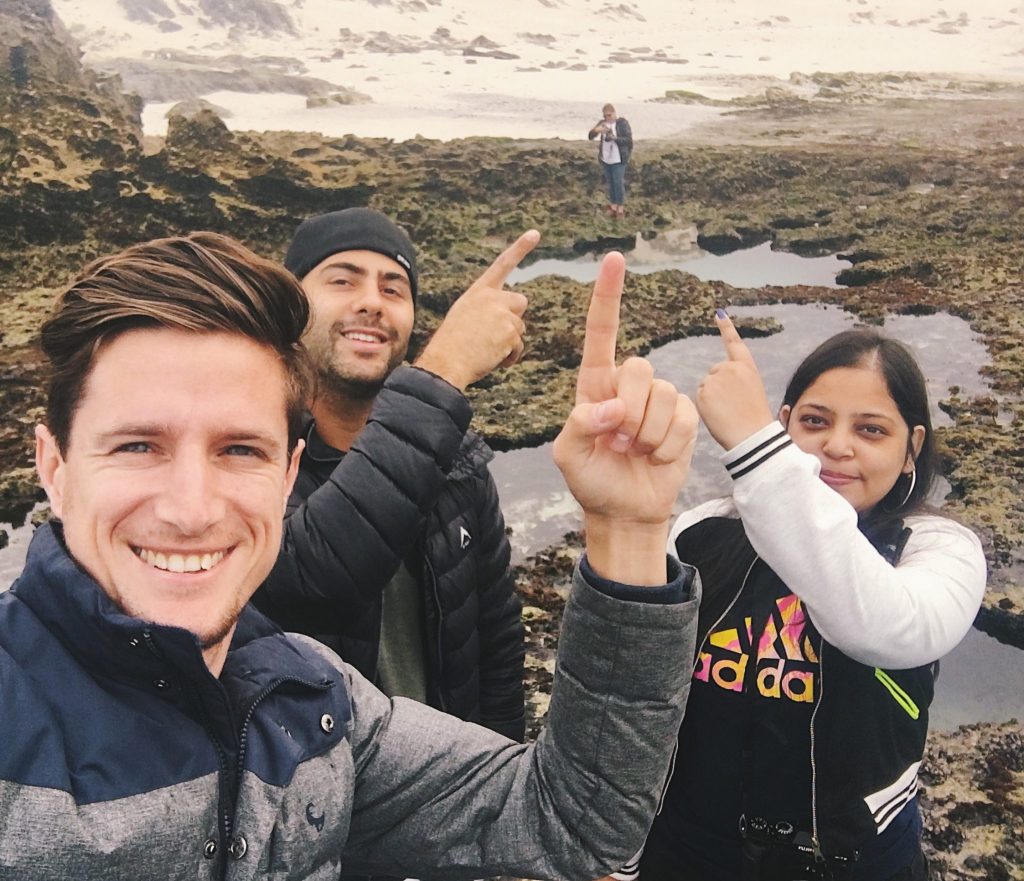 After three day’s worth of ogling over the highland or Montane fynbos, it was time to visit its close relative, the Lowland fynbos, and what better place to see it in its splendor than at De Hoop Nature Reserve. An hour’s drive and the hills gave way to coastal plains, and the welcoming sight of De Hoop was before us. The reserve covers an impressive 30 000 hectares, even extending 5km out to sea. In every part of the reserve, the roads open onto large landscapes that are as inviting as they are uninhabited.

The Cape Floristic Kingdom, under which fynbos falls, is the smallest yet most diverse plant hotspot in the world! To give an example of this high biodiversity, 34 species occur only in De Hoop Nature Reserve and there are 14 recently discovered species that are still un-described. Our guide was able to talk us through some of the species on the farm, and particularly their significance in the larger ecosystem.

De Hoop is not only a plant hotspot, but also has some other surprises in store for its visitors. Here were our top three experiences on the reserve, all ably lead by local guides: 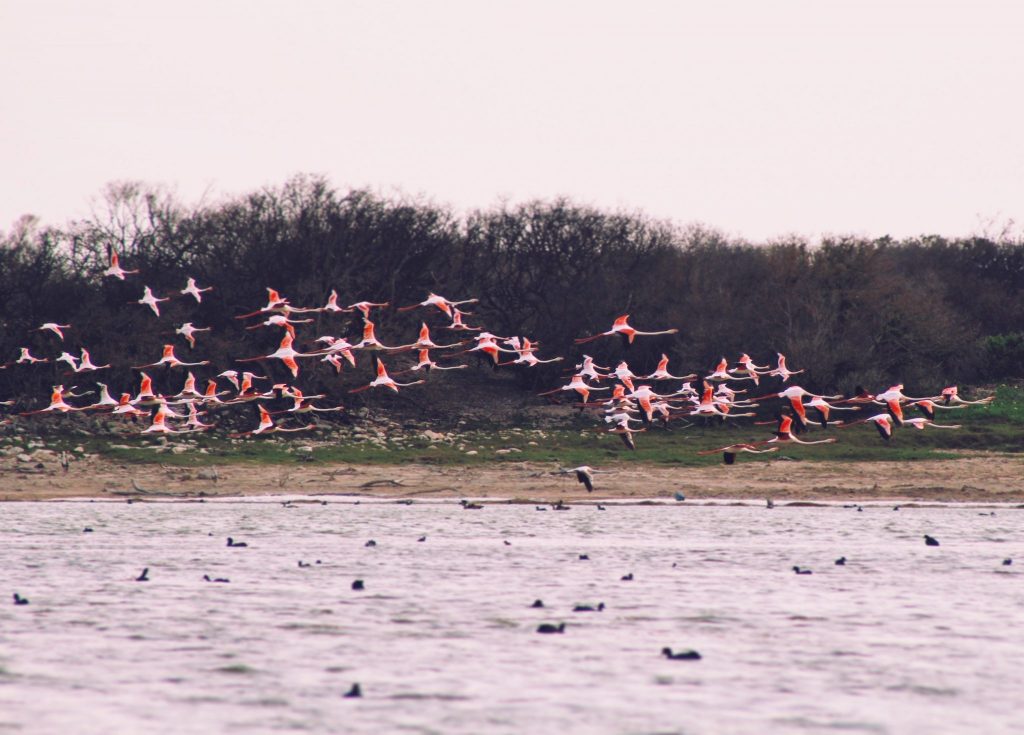 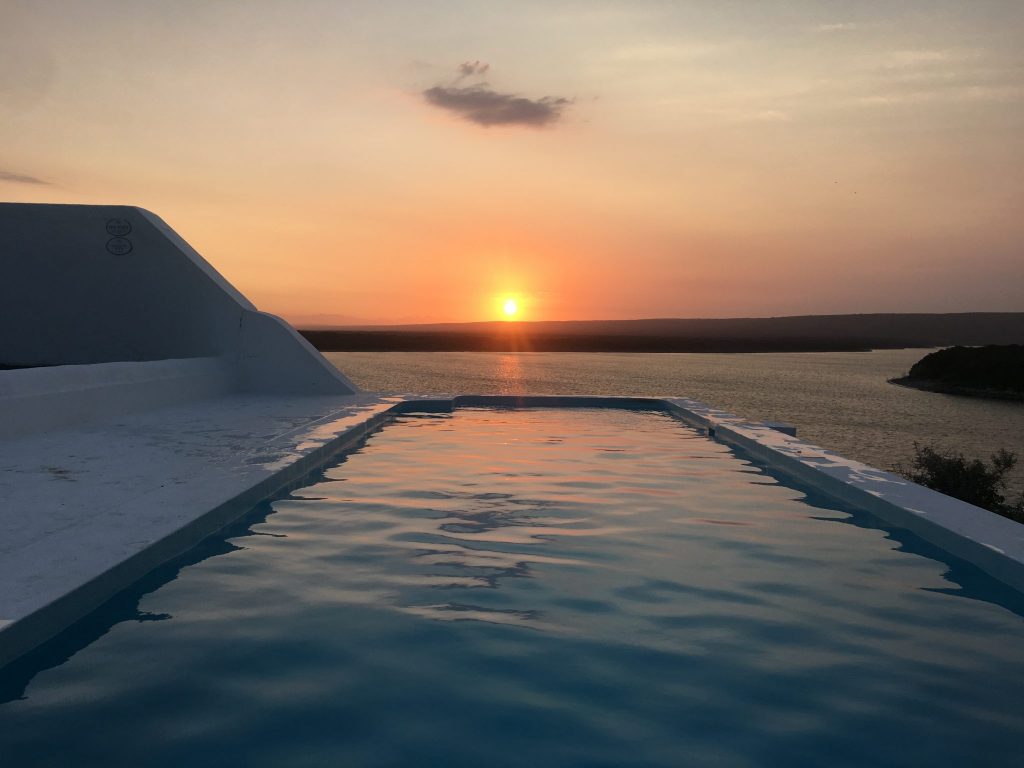 The enticing De Hoop Collection has a variety of accommodation offerings, from self-catering houses, to lux poolside suites. One of the Opstal houses was our base in the reserve, and when we weren’t out exploring, the verandas offered views of the free roaming game, and after dark the comfy lounge and fireplace kept us warm and cozy. We split our meals between self-catering, and The Fig Tree restaurant. The menu changes daily, and offers deliciously fresh options served by the wonderfully warm staff.