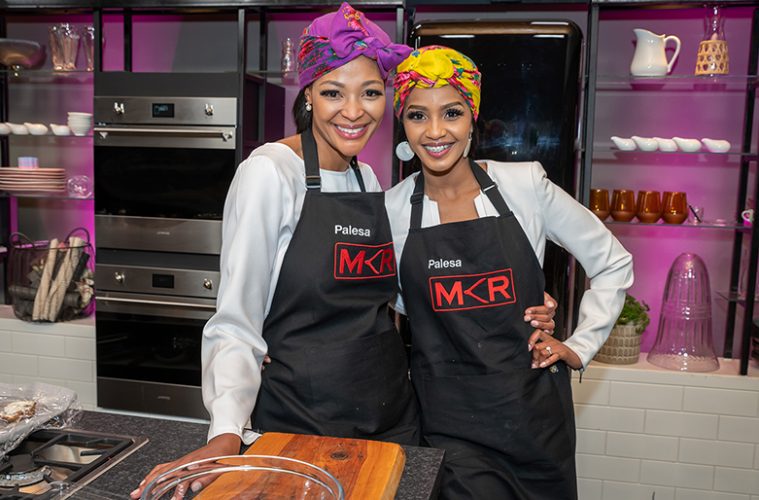 Last In, First Out for ‘Les Fleurs’

My Kitchen Rules SA’s ‘Two Flowers’, Palesa M and Palesa N had a kitchen nightmare, with three disastrous courses earning them the lowest score of the Table 1 Instant Restaurant round and sending them home at the end of the episode.

With Brett & Aidan having already resigned themselves to departing after only scoring an average 54/100 last week, the Palesas’ seemingly only had to keep it together in the kitchen to secure a spot in the second round, as the final duo to cook. 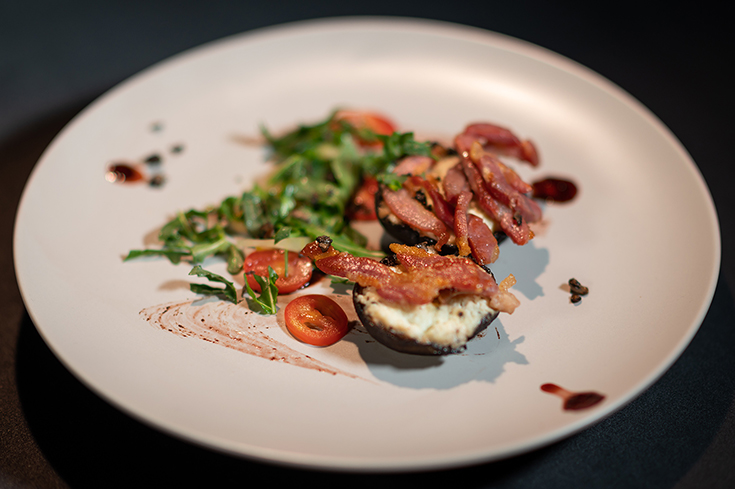 Having aced their shopping trip, panic soon set in as they struggled with timing in the kitchen from the off. Palesa M was struggling to peel enough baby potatoes to supplement the main course and Palesa N’s concerns about not making enough pastry for the dessert were soon proven correct.

The contestants arrived in buoyant mood, dressed to match the ‘All White’ theme and were impressed by the chic Instant Restaurant setup, with Retha saying it ‘felt like Paris in the summertime’. Nevi’s comment that she felt like she was at a wedding could have been interpreted several ways… 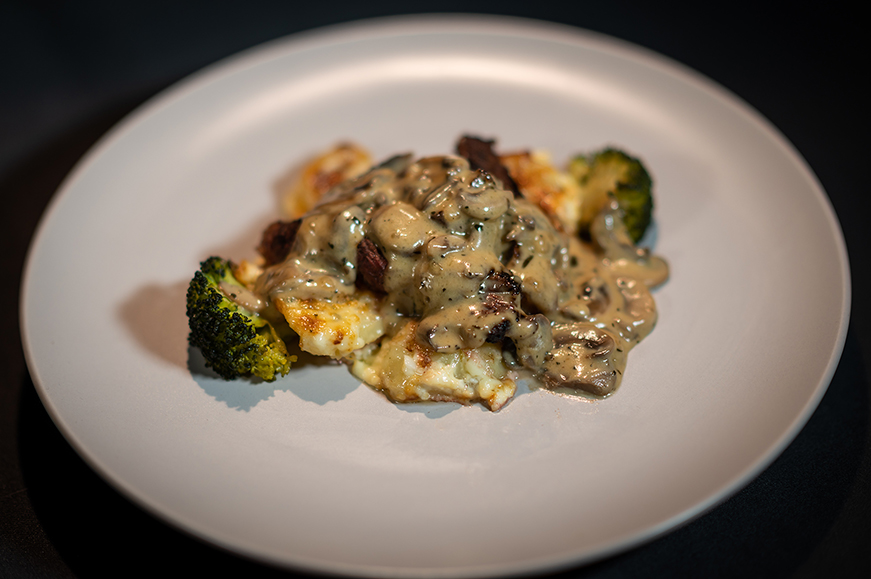 The contestants were a little confused to see a heavily Italian-inspired menu in their decidedly French surroundings, with Craig asking if perhaps the dessert meant they were headed to Parys, rather than the French capital.

Calamity struck immediately, as the already-small Portobello mushrooms for their starter shrunk in the oven and their balsamic reduction was deemed too strong to dress their salad with. Brushing it onto the plate instead, they duly served their first course. The reduction was a pain point for David, as was their uninspired presentation – but his major bugbear was that the food was cold. J’Something said the balsamic reduction had looked unappetising on the plate and that the course had lacked ‘presence’. Craig took issue with the small portion size, while Nevi felt that the dish was lacking a salty element and declared it ‘not a competition dish’ – a sentiment shared by Aidan.

As conversation around the table dwindled after a long wait beyond the Starter, David made a trip to the kitchen to encourage the ladies, who were struggling to get the T-bones cooked to their liking. He encouraged them to stay positive, work quickly and make sure their plates arrived at the table, hot. 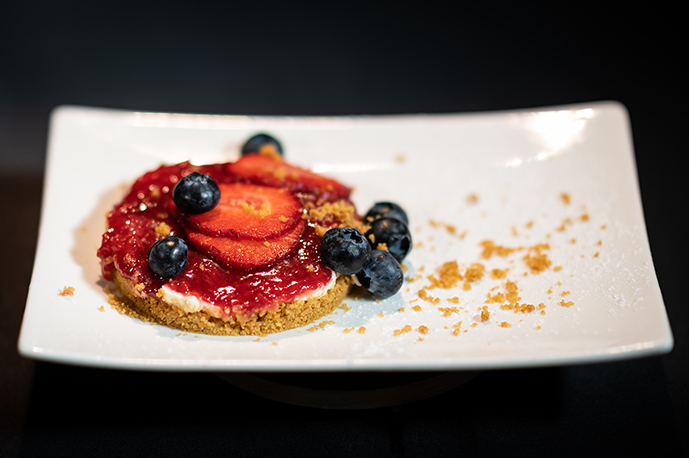 Having taken some shortcuts, the deflated-looking duo eventually served their main to an expectant table – but the responses were underwhelming. David told them the steak should have been the hero of the dish, but that the potato and sauce had overwhelmed it. J’Something declared his meat ‘perfectly cooked’, but missed something acidic to cut through the creamy sauce.

Tenille felt her portion was a little small, Retha found the seasoning inconsistent and Craig was disappointed to be served chicken when he’d been looking forward to beef – the ladies having assumed that because Nevi doesn’t eat beef, Craig wouldn’t either.

Already feeling the pressure, the duo hit rock bottom when they realised they didn’t have enough pastry to complete ten desserts. Palesa N hurriedly set about making more, but without time to rest it properly, they were set up for failure. 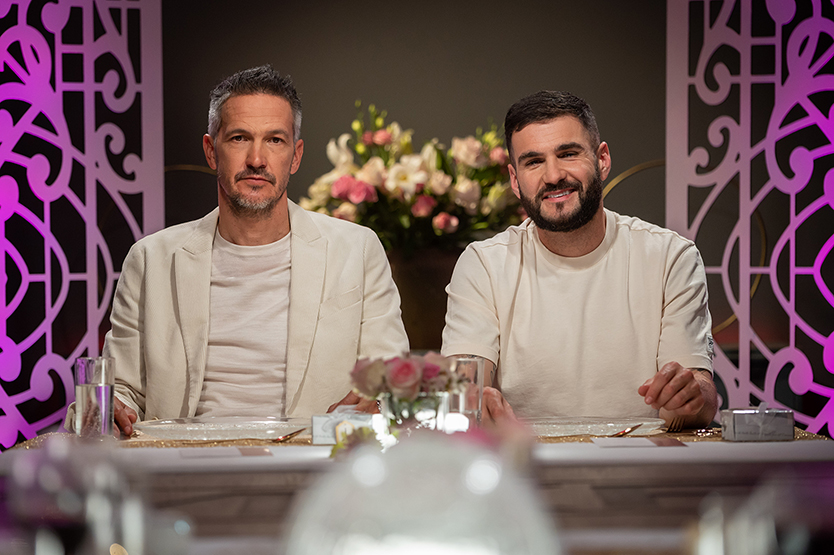 As the wait after the main course ticked on to three and a half hours, J’Something popped into the kitchen to see how they were doing, encouraging them to ‘switch on the va va voom’. Despondent and just needing to produce something to serve their guests, the duo cobbled together the dessert from what they had to work with and served it with tears in their eyes.

David tried to find something positive to say, reminding them that there’s a point in the kitchen where, if things are not working, you may need to scrap what you have and start again. Sadly, he said that both the flavours and textures of their dish were out of balance. J’Something said that he appreciated that they’d tried their best to deliver, but called the dish it ‘a bit of a miss’. Brett and Aidan couldn’t believe their luck, as they started thinking that they may make it through on the back of Palesa & Palesa’s three disastrous courses. Retha said the dessert was ‘flat, dry and falling apart’ while Craig said he was disappointed with what he’d been served, but was gutted for the ladies. 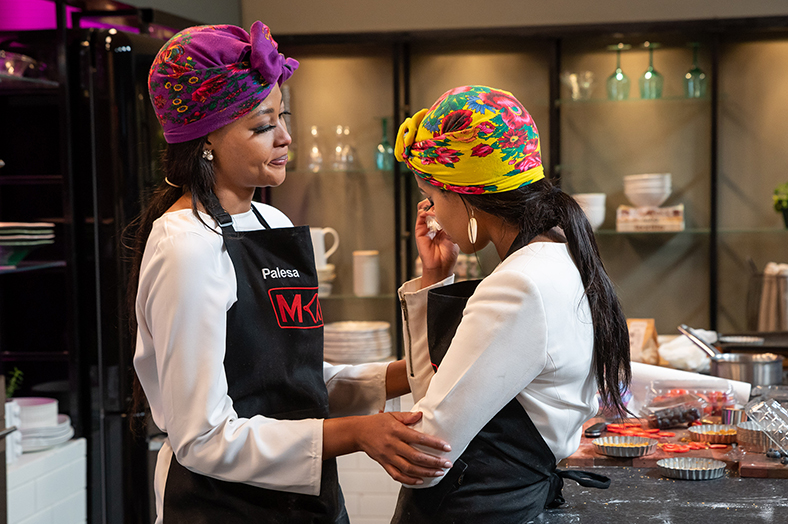 With everyone assembled on the stairs outside the Instant Restaurant venue at the Cradle Boutique Hotel, David and J’Something revealed their score first – a combined 24/60 and told the ladies that they’d need 31/40 from the contestants to beat Brett & Aidan’s score – and stay in the competition. Sadly, the contestants were unimpressed by the meal – and the long wait – and gave them 14/40 for a combined 38/100, meaning that they miss out on a spot in the second round. David’s parting shot to the contestants was “be true to yourself, cook what you know, but we have to step it up”.