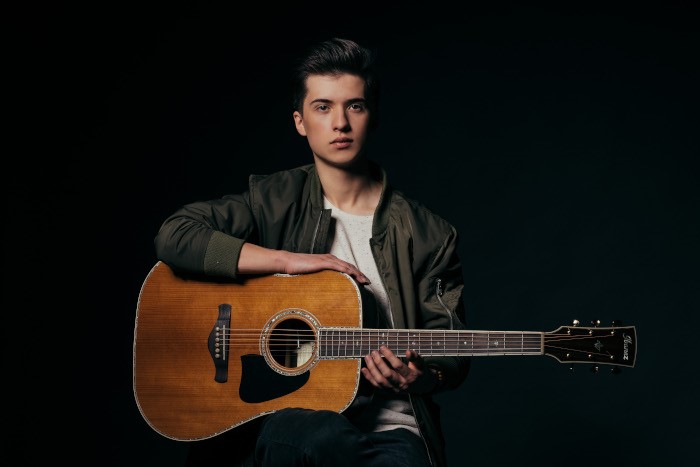 Under the spell of a Guitar Wizard

When Marcin Patrzalek was 10 years old, his father decided he needed to take up some sort of extra-curricular activity. He hadn’t shown much proficiency for sport up to that point, so when his dad bumped into an old friend one day in a tennis store, who just happened to be a guitar teacher, inspiration struck. Marcin could learn to play the guitar. Only one problem – this friend of his dad’s really didn’t like kids and refused to teach him. However, he did refer him to a fellow teacher and the rest (as they say) is history.

Marcin tells me that he has always loved sound – not actual music, but sounds themselves. When he was a child, he used to play with toys, as any child does, but he remained completely silent while doing so, all the time imagining in his head the sounds they were making. Apparently, adults found this somewhat disturbing. 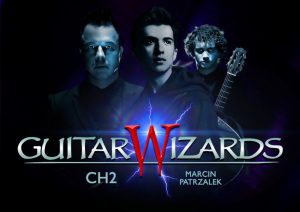 So he initially took up classical guitar lessons, just for a starter course of 10 days. His teacher immediately recognised that here was someone, regardless of his young age, who possessed a gift. There was no doubt that after those initial 10 days, Marcin would continue learning to play the guitar and after just 3 months of lessons, he won his first competition.

Although he had no formal music training, it was evident that music came naturally to Marcin. He thoroughly enjoyed it and it quickly became part of his daily routine. By the age of 12 he discovered Flamenco. He was fortunate to meet Professor Carlos Pinana when he visited Poland and attended his workshops after which Pinana proposed that he would continue to teach Marcin through Skype.

Marcin emphasises that both his teachers were extremely strict. He tells me that his classical teacher, in particular, was very eccentric and an absolute perfectionist. I asked how he’d felt when Marcin started to branch out from the classical style that he’d started with, experimenting with new and different styles of music. He tells me that initially his teacher was quite upset but that eventually he has come around to a grudging acceptance of the music Marcin now plays. The two remain exceptionally close and Marcin tells me how important it is to stay close to your roots in order to know where you’ve come from.

When he was 14, Marcin played in the biggest music show in Poland – ‘Must Be The Music’. He selected a well-known piece called ‘Asturius’, however he had created his own experimental (and controversial) arrangement. And he won!

Well after that he became even more motivated – if that was even possible. He didn’t have an acoustic guitar teacher so the Internet became the best teacher he had. He already had good knowledge of theory and sheet music, thanks to his excellent grounding from his classical guitar teacher and he started composing and arranging his own pieces.

In 2016 Marcin released his first album – ‘Hush’. If you want to know the story behind the name, you absolutely have to go to one of his shows. Pretoria and Cape Town – you’re in for a treat. If you haven’t booked tickets you’re going to kick yourselves! Due to public demand, an extra show has been added in Pretoria on 8 March at 5:30pm.

In 2017 he released ‘Toxicity’ – it went out on Marcin’s Facebook page and went viral. Literally millions viewed it. Incidentally, to date, Marcin has amassed a staggering million YouTube views. 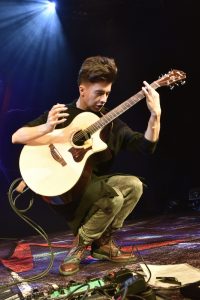 An endorsement from Ibanez, the 2nd largest guitar brand in the world soon followed and the doors just kept opening. Invitations to perform overseas started arriving and the world beckoned. In December 2018 Marcin was invited to participate in ‘Italy’s Got Talent’ – all thanks to one of the producers seeing his video online, which resulted in this invitation. Initially, Marcin assumed he’d just be a guest performer on the show, but when he arrived he discovered he’d actually be competing. He played his arrangement of Beethoven’s 5th live, for the first time and got a Golden Pass from his audition to the final. He went on to win the competition.

I need to emphasise here, that Marcin tells me all of this with the utmost of humility. He is a truly modest, extremely unpretentious young man who is mature way beyond his years. Again, you need to go to his show to witness the easy way he interacts with his audience – not brash, not over-confident – just easy-going and so likeable. He good-naturedly shrugs off my questions about how he feels about being described as a ‘prodigy’ and a ‘whizz-kid’. His response being that people can call it what they like, but he’s just going out there and doing what he loves.

All this is undoubtedly thanks to his grounded family life. He has an older brother of 25 and although there’s a bit of an age difference, he’s very involved and supportive in all that Marcin does. His parents travel with him and he tells me that the credo he lives by is one that his father (who acts as his manager/agent) has given him – “Go out there and play the best you can. Don’t pay attention to what people say.” He firmly believes that you shouldn’t get caught up in all your hype and he doesn’t think of himself in any different way, other than as just himself. In fact, he says, he doesn’t think of himself much at all – he thinks mainly of his music.

Marcin tells me that he’s lucky to go to one of the best schools in Poland and that they support him in every way, especially when it comes to all his travelling and spending time away from the classroom. He admits he’s a bit nervous about his final school exams that are coming up in May – the equivalent of our South African matric. “And then?” I want to know.

Marcin has already been accepted to the Berkley College of Music in the USA. He’s deferred his entry to 2020 as he wants to concentrate on composing and arranging for the release of a new album and says that he wants to make the most of all the opportunities that are available to him now. He feels that he’s been spending 6-7 hours in school every day and come May, he’s super-excited to be able to get so much more free time to play his music.

He wants to experiment with playing electronic music live with a guitar which has never been done before and he is focused on “breaking the mainstream” – maybe he’ll even play with an orchestra. He likes the sound of that idea. But he firmly believes that he and all of us need to remain focused on our goals and doing what we can to achieve them.

Marcin is thrilled to be in South Africa and has thoroughly enjoyed the response he’s received to his Joburg shows. He can’t wait to entertain Pretoria and Cape Town audiences and is especially excited about performing in an open-air amphitheatre. Make sure you’ve got your tickets! 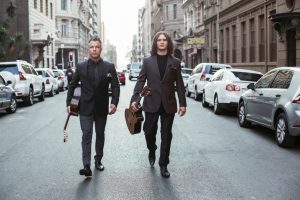