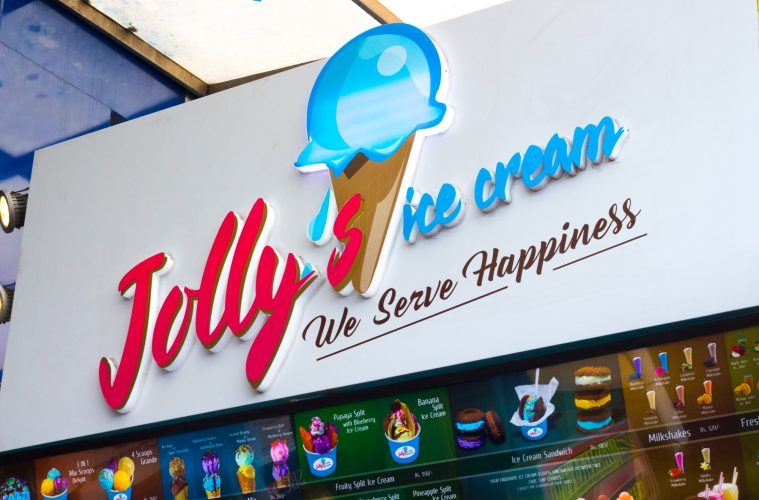 Walk up to Jolly’s Ice Cream on Colombo’s hectic Galle Road and you’re greeted with three little words: We serve happiness. The sign, a bright beacon in the often muted colours of the city, was the last thing we expected to see on the congested city street — and it drew us in at first sight.

In the shipping container-turned-ice cream stand, we found owner Fazir T. smiling from ear to ear. He spoke to us about his growing business while doling out scoops of sweet frozen treats and it was instantly clear that this is a man with a passion. 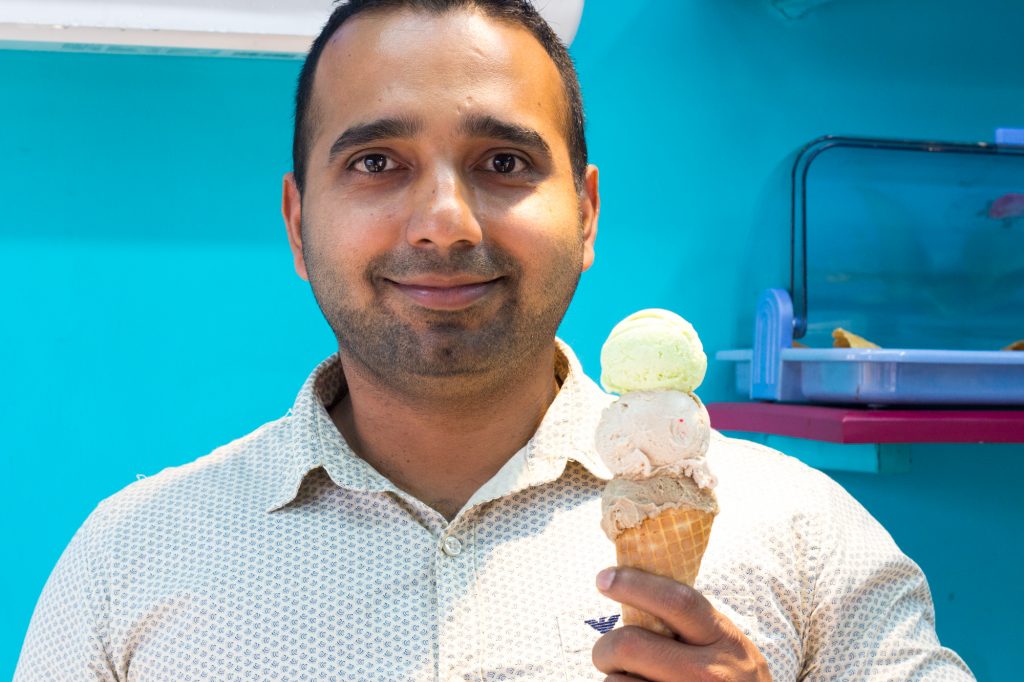 “What I decided after coming back to Sri Lanka, after being out for over a decade, was that I wanted to do something in relation to the island of Sri Lanka, which has traditionally been famous for its authentic spices and herbs,” he told us, handing over some cinnamon ice cream to taste.

He started small, churning out ice cream samples after work and passing them on to neighbours, all too eager to help test them. Flavours started rolling in — cardamom, that enchanting spice from the hills; kiri kopi, the ubiquitous milk coffee; condensed milk, now a best seller; and so many more. Each recipe was tinkered with until just perfect, Fazir wanting to be sure he served up the very best of Ceylon flavours with every bite. Now, a year and a half later, he has lots to show for it. After starting in Colombo’s street food scene – something he says has grown in the past two years – he opened his first location just outside of the city nearly a year ago, followed by the Galle Road location in Fall 2017. 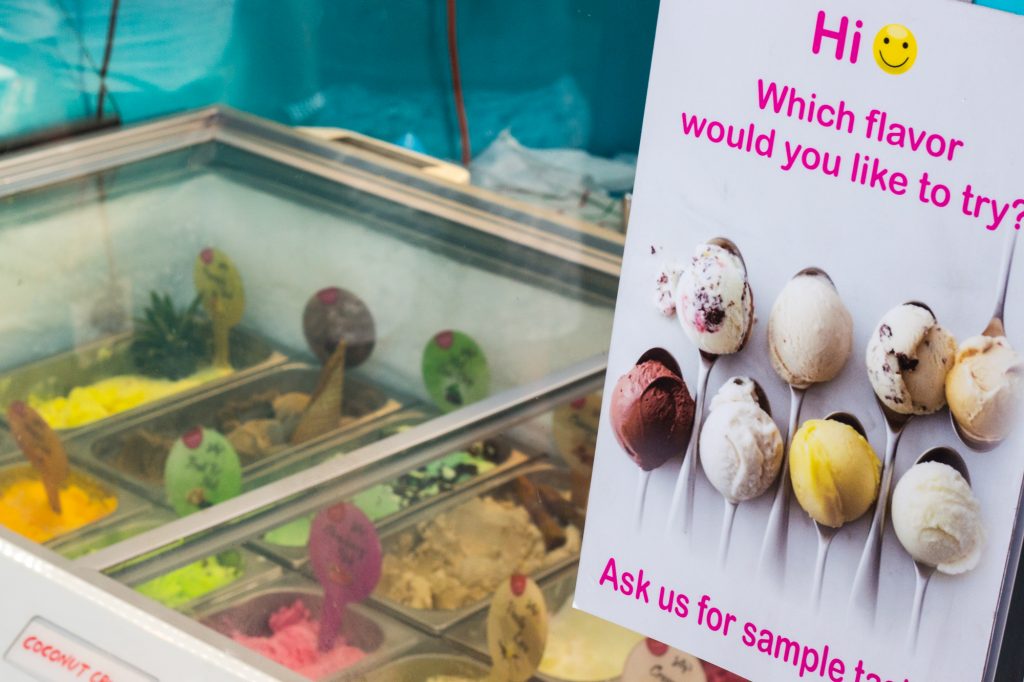 In the shop, you’ll find a mix of iconic and nostalgic Sri Lankan flavours alongside a few newer additions to the local palate. The iconic include Ceylon stars like cinnamon, cardamom and coconut. The nostalgic flavours harken back to childhood favourites like fruit and nut, bubble gum, and those delicious Karutha Colomban mangoes. Blueberry and raspberry top the premium flavours list, a special treat for an island that doesn’t grow the little berries. 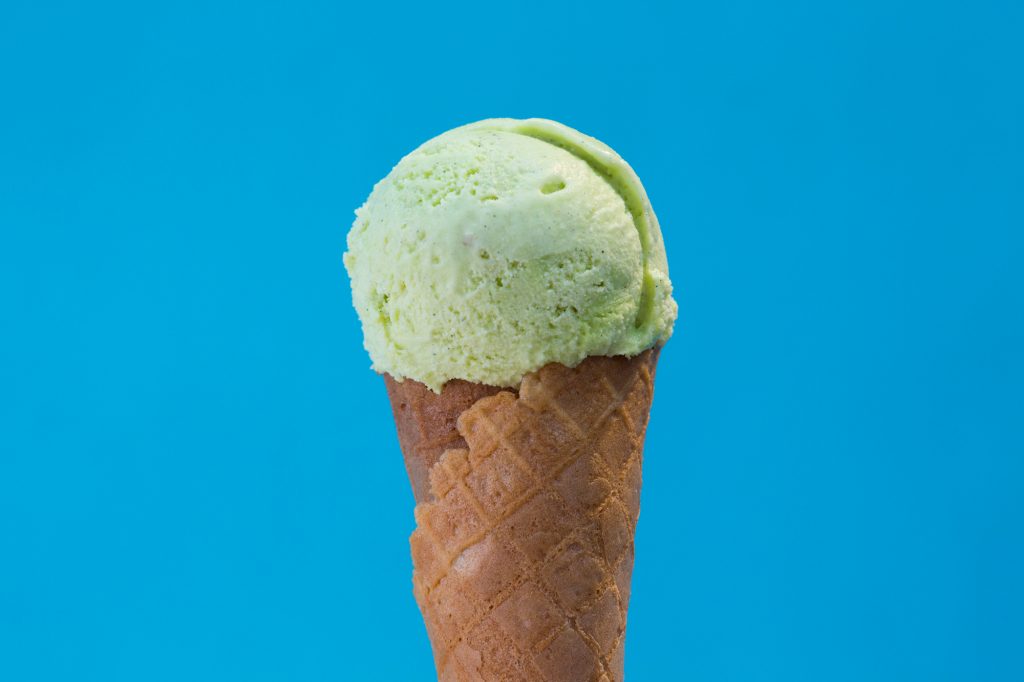 As for 2018, things are looking just as sweet for Jolly’s, with new locations on the way and new bold flavours. Fazir let us in on one of them, which sounded like reason enough to book our ticket back to Sri Lanka. “This year we are going to mix a few spice flavours together,” he said. One of those blends is Salted Pani Kajou — adding salt to the iconic honey and nut sweet. We dabbled in our fair share of Pani Kajou while in Sri Lanka, and can only imagine how wonderful it will be under the skilled hands of Fazir.

Keep up to date with what’s in the freezer on Instagram and Facebook.
Have a taste for yourself at 147 Galle Road, Dehiwala-Mount Lavinia, Sri Lanka.